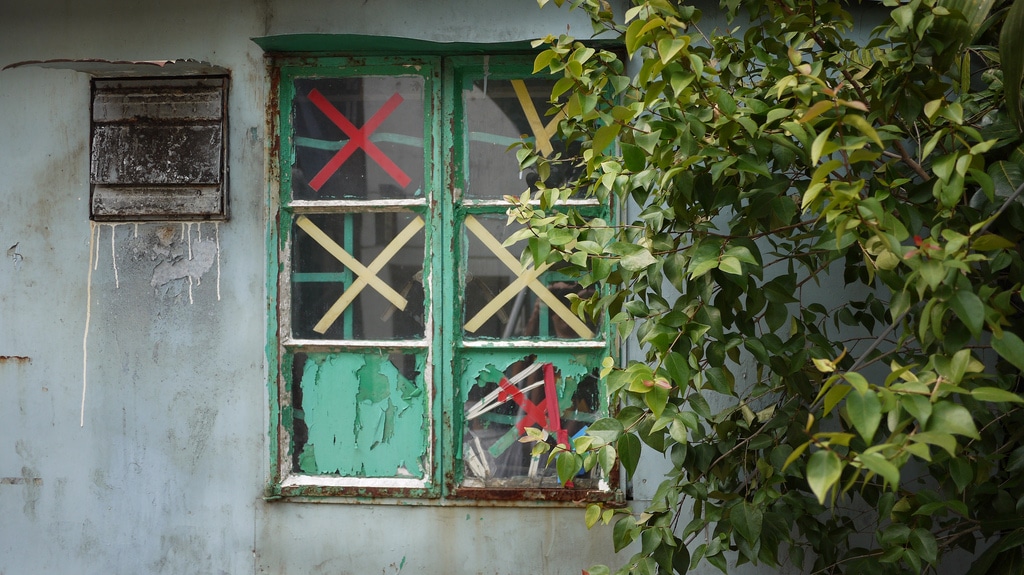 Located on the western edge of Hong Kong Island, Pok Fu Lam Village (薄扶林村) is one of the oldest villages in Hong Kong, dating back as far back as the 1600s. It is said to be one of the last fully functioning villages in the heart of the urban metropolis and I paid a visit last weekend, camera in hand…

Owing to its fertile surroundings Pok Fu Lam was traditionally a point of immigration for farmers in asylum seekers from mainland China and is often mistaken for a shanty town such is the poor quality of construction brought about by complicated land ownership rights.

Enclosed on two sides by hills and mountains the village is home to around 100 families and is loosely divided into four sections, each with its own public toilet since not all houses have one.

While it may not have all the mod-cons of a standard Hong Kong high-rise community there is a definite charm to the higgledy-piggledy patchwork layout of the buildings, many of which would probably be closer described as tin shacks rather than anything which had been placed by design.

While the rest of Hong Kong seems to delight in flashing their cash whenever possible there is something far more genuine about the unpretentious way of life here (even if the inhabitants don’t have much choice). It is both figuratively and literally down to earth.

The population of the village reached its peak in the 1980s, spurred on by the development of the surrounding region, but by 2000 began to decline since those who become more well-off left the village.

Local residents have repeatedly asked the government to give indigenous inhabitants of Pok Fu Lam the same recognition as residents of the New Territories but these claims have been rejected by the government which also threatened to demolish the village.

The contrast between the village and the modern apartments nearby couldn’t be starker, making it feel rather disconnected and detached from the outside world.

That’s not to say the village is totally devoid of colour, in fact, quite the opposite…

The village contains plenty of greenery from both the plants lovingly grown by its inhabitants and those which have taken root of their own accord.

Some of the buildings are in pretty poor shape with more which had been abandoned and collapsed. One can’t help but wonder if the government are simply biding their time till they can justify levelling the whole area.

Razor wire surrounds the old Dairy Farm workers building which has been abandoned since 2006. I looked around for a way in but the site is very well secured.

The village has its own Fire Dragon dance (similar to the one I saw in Tai Hang earlier this year).

Down one narrow lane I came across what looked like the scene of a gruesome crime but in fact, turned out to be spilt paint.

Another haunting sight came by way of a small patch of land which had a dozen or more dishevelled teddy bears hanging above it being used as slightly macabre scarecrows. You could hold a really creepy Halloween party here!

Curling above the village in a loop can be found a path which is partly utilised by a nearby riding school.

With a declining ageing population and the constant threat of re-development, the future of Pok Fu Lam Village is unclear but if its history is anything to go by it hopefully has some life left in it yet. For anyone seeking to see another side of Hong Kong, it is well worth the visit.