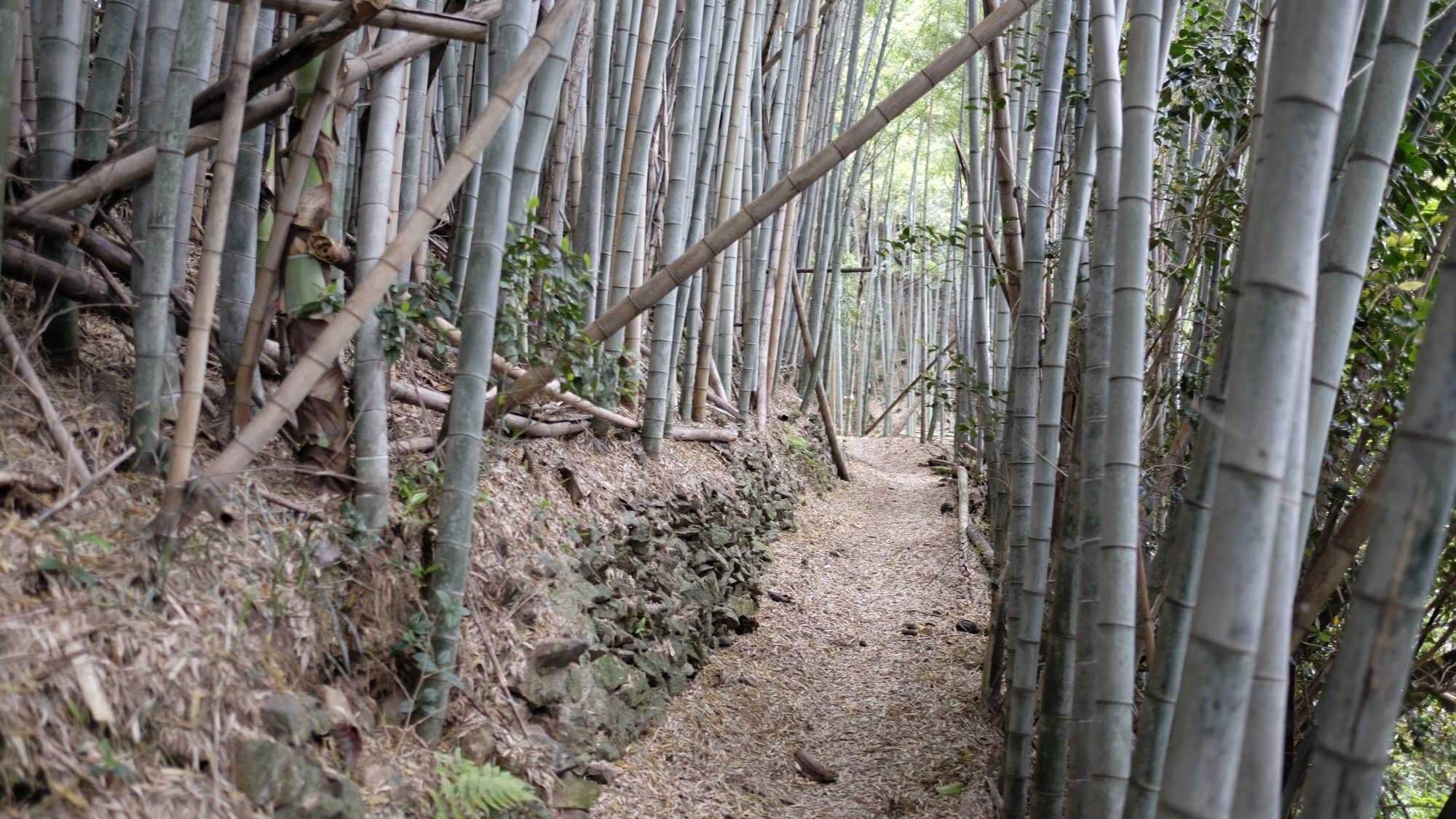 Up until today, Chen has been walking with me but unfortunately she has to return to work next week so at 7.30am with a heavy heart I said goodbye to her at Kou station. It was great to be able to enjoy the first week together.

As I walked away from the station it began to rain which further dampened my mood for the walk ahead. Perhaps it showed on my face because five minutes later a car drew up next to me and a women stuck her head out of the window to say “take care” in English. I was so surprised that I could only mumble a feeble “thank you” as she drove away but it really made my day.

In much better spirits I forged ahead and instead of walking through central Tokushima I decided to take the Jizo-goe mountain route. This turned out to be a good decision since the trees provided cover from the rain and the ground was much softer underfoot.

Since much of the pilgrim trail follows busy roads I’ve decided to take as many of the side routes as possible so that I can enjoy the small villages and towns. Luckily these seem to be fairly well marked so far and even though I lost the trail once by mistake, after stopping at a convenience store, I managed to re-orientate myself quite easily.

At 11.30am I had a quick lunch at a family restaurant before continuing down the main road a short while and stocking up with provisions from a 7-11. There isn’t any food nearby where I’m staying tonight so I didn’t want to go hungry. 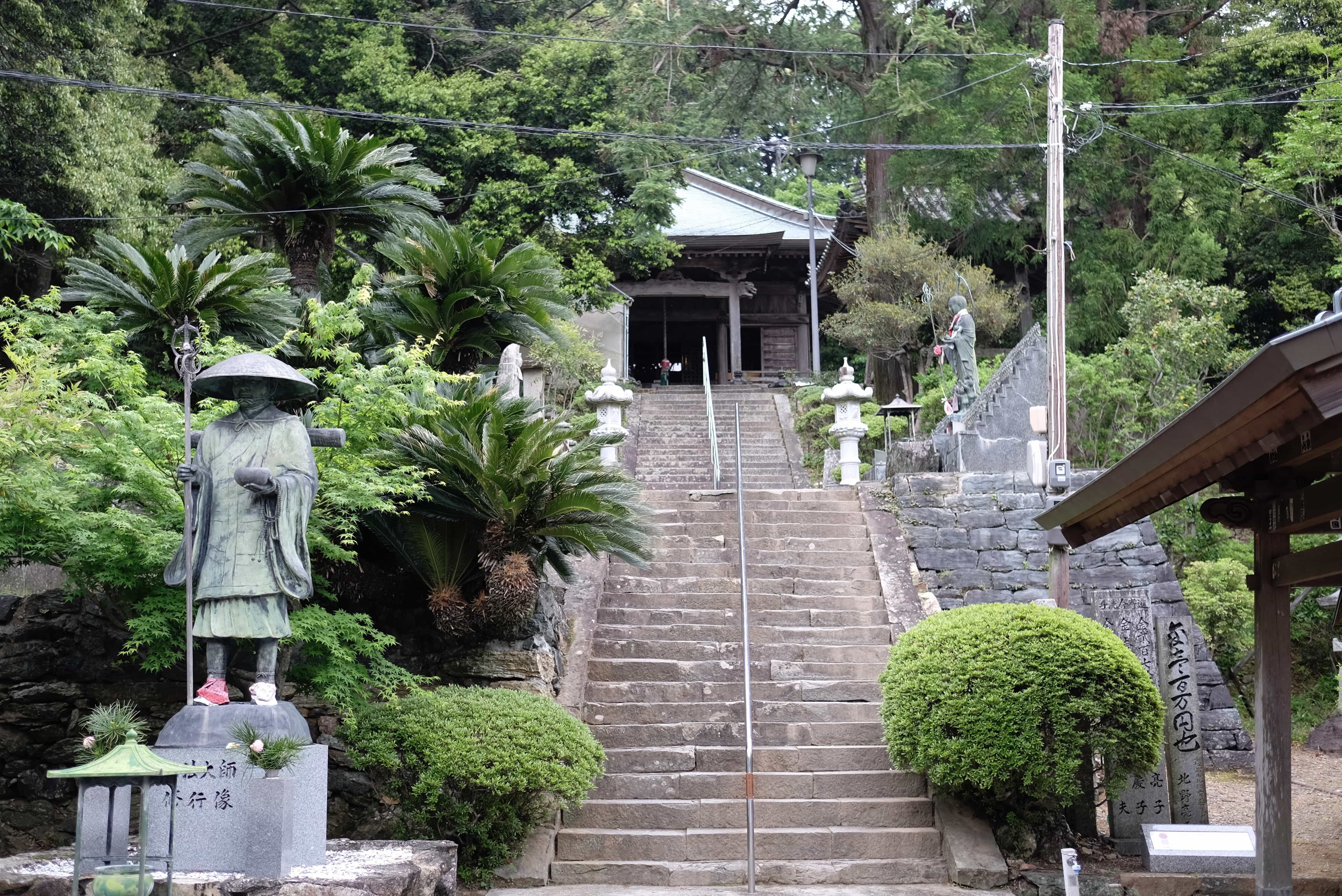 A kilometre later I arrived at Onzan-ji (恩山寺 – 18) and found myself the only one there. I enjoyed a quiet moment to myself while exploring the small temple which apparently was off limits to women until Kūkai (Kōbō-Daishi) performed an esoteric rite for 17 days in order to allow his mother to visit! 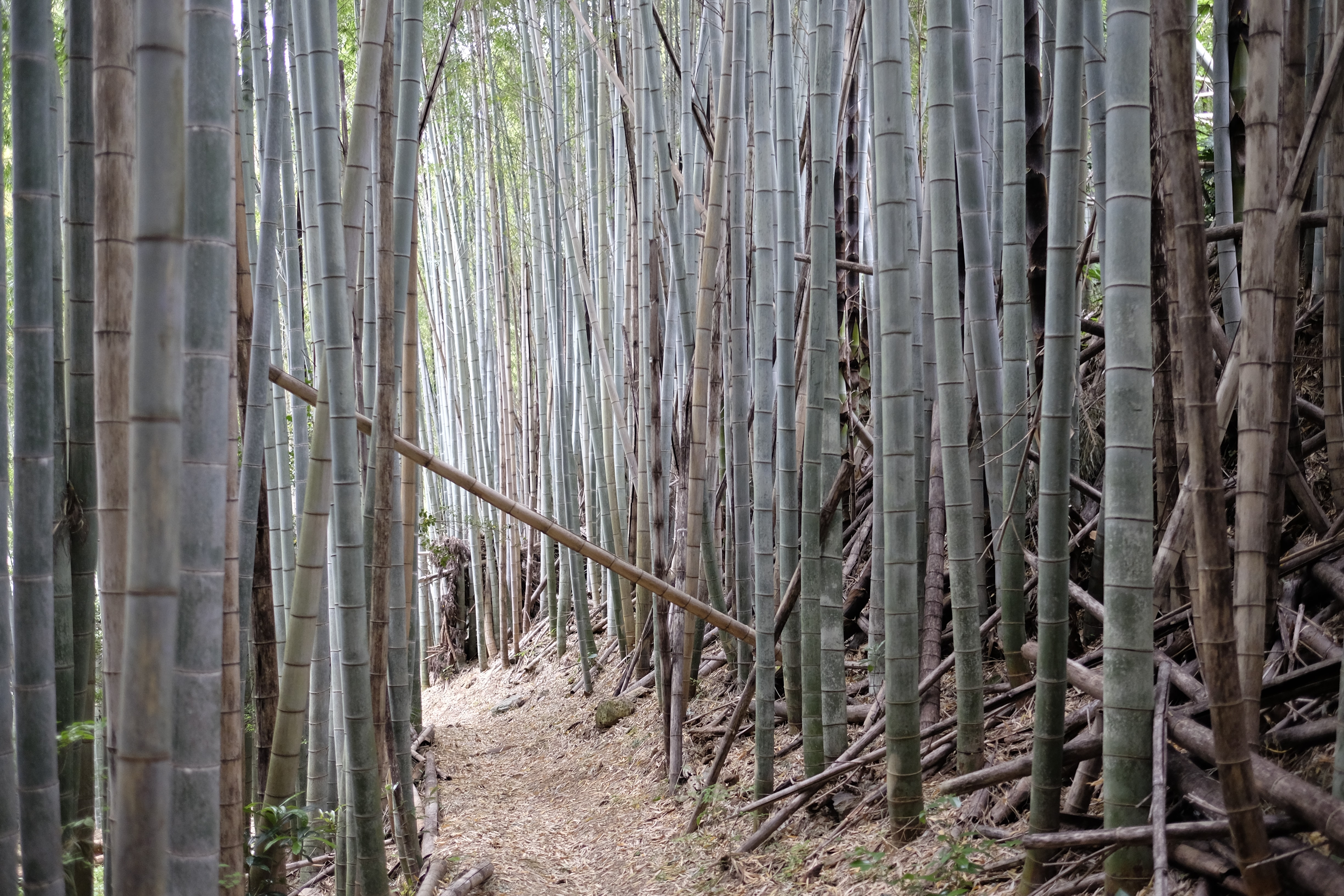 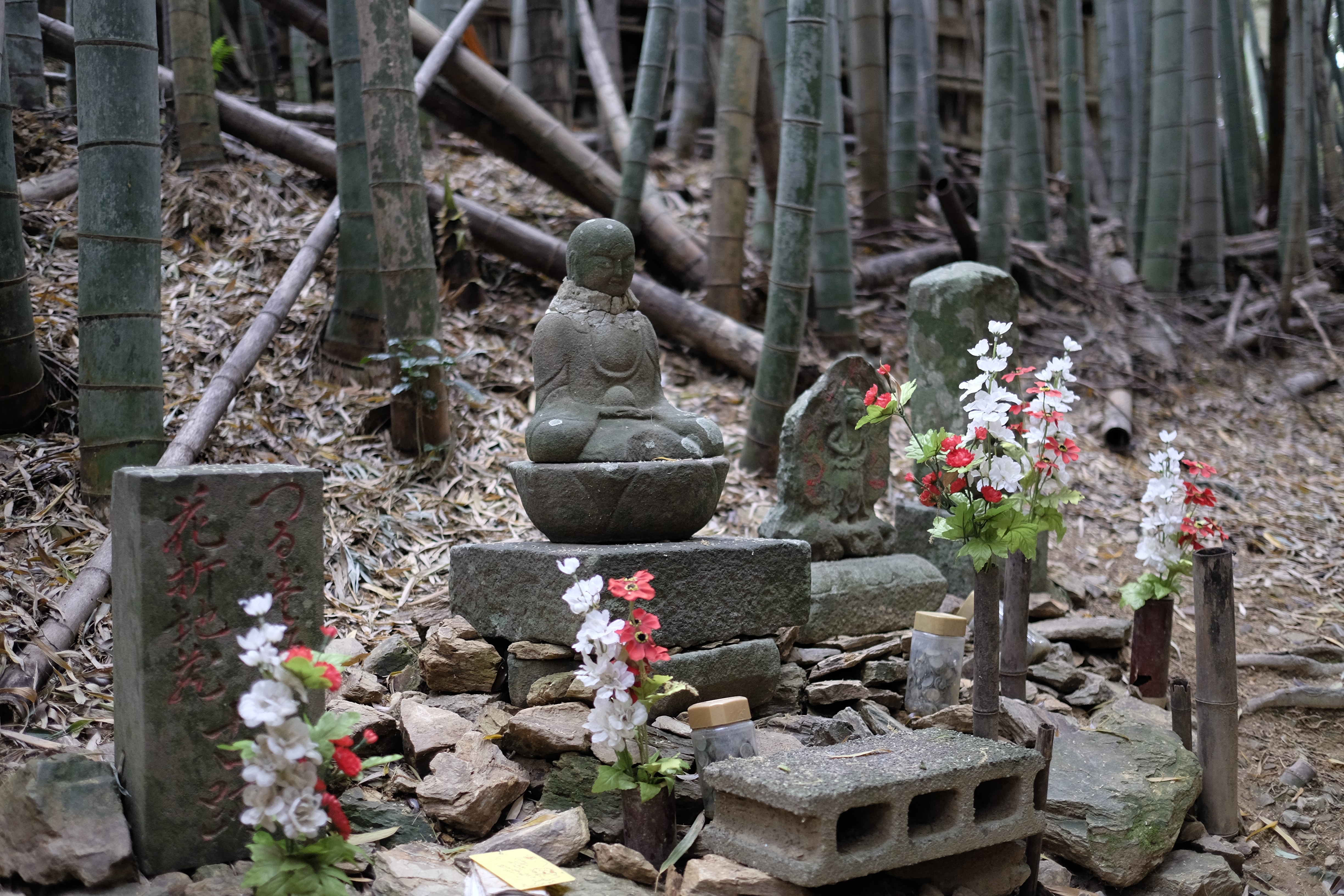 The rain had eased off as I left Onzan-ji and the route continued through one of the most beautiful bamboo forests I’ve ever seen. There’s something so enthralling about their slender strength and the way they move and creak in the wind. 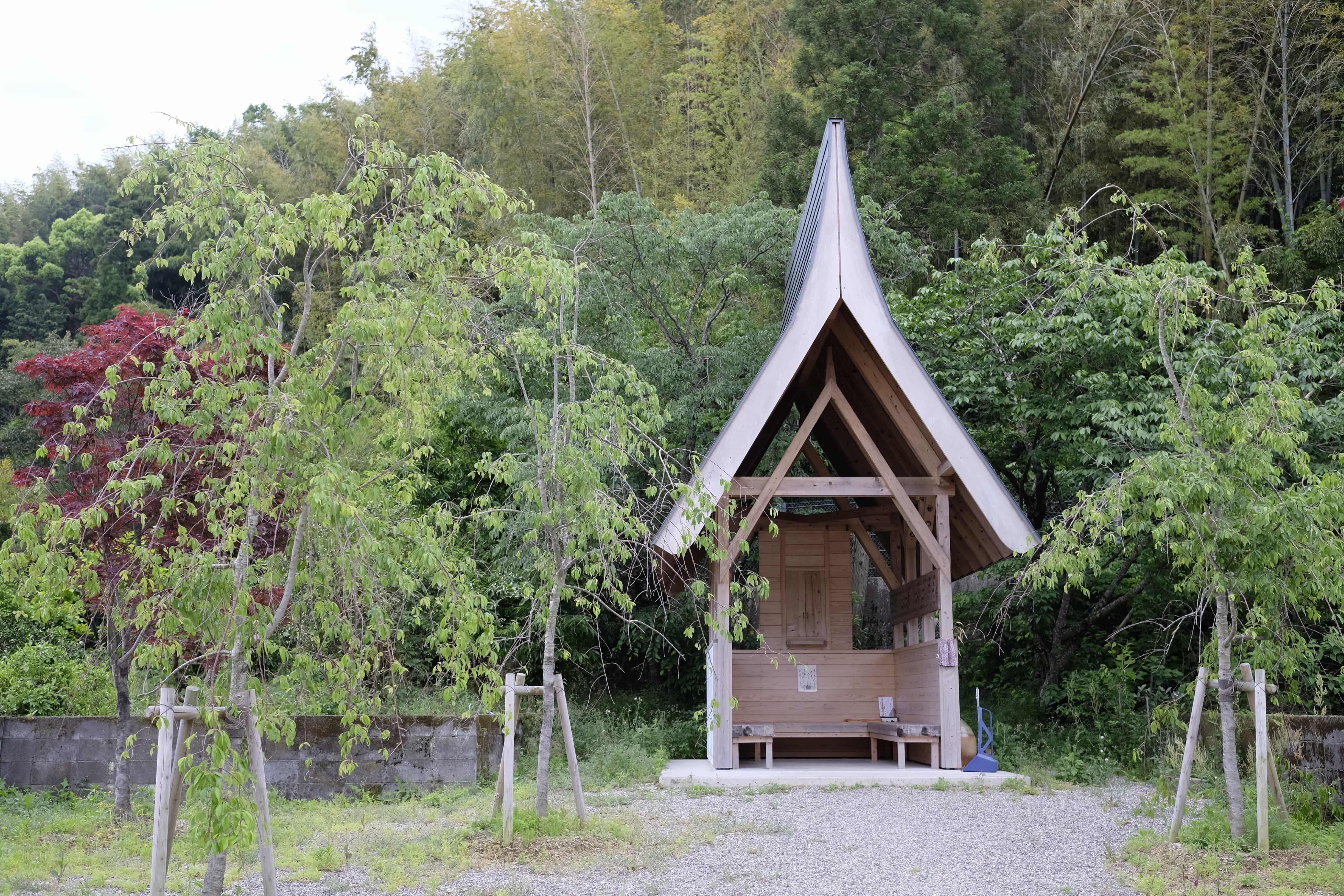 Near Kyozuka-an I came across another great henro hut with a steeply arched roof. I’ve seen a few of these over the past week and each has its own unique design. 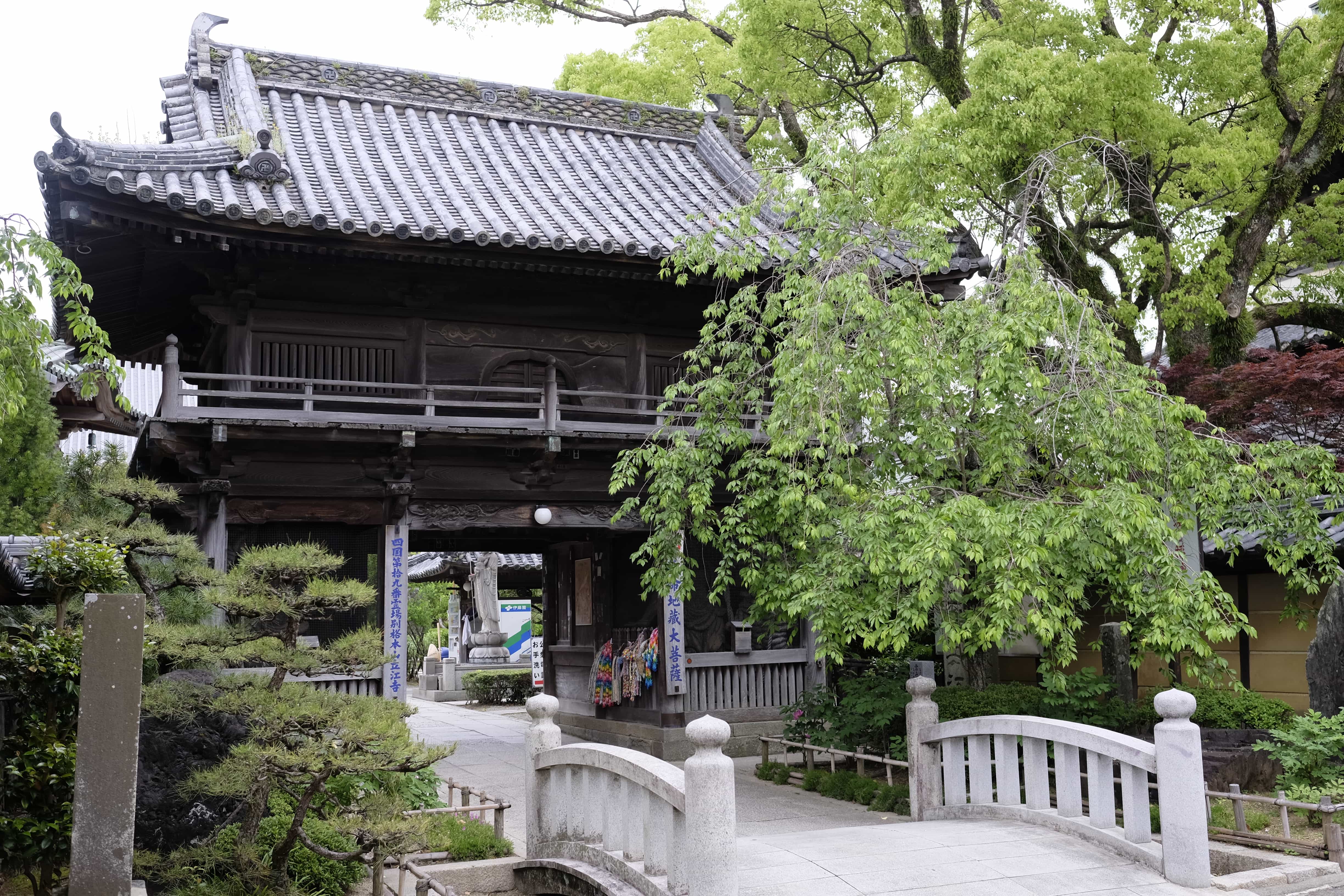 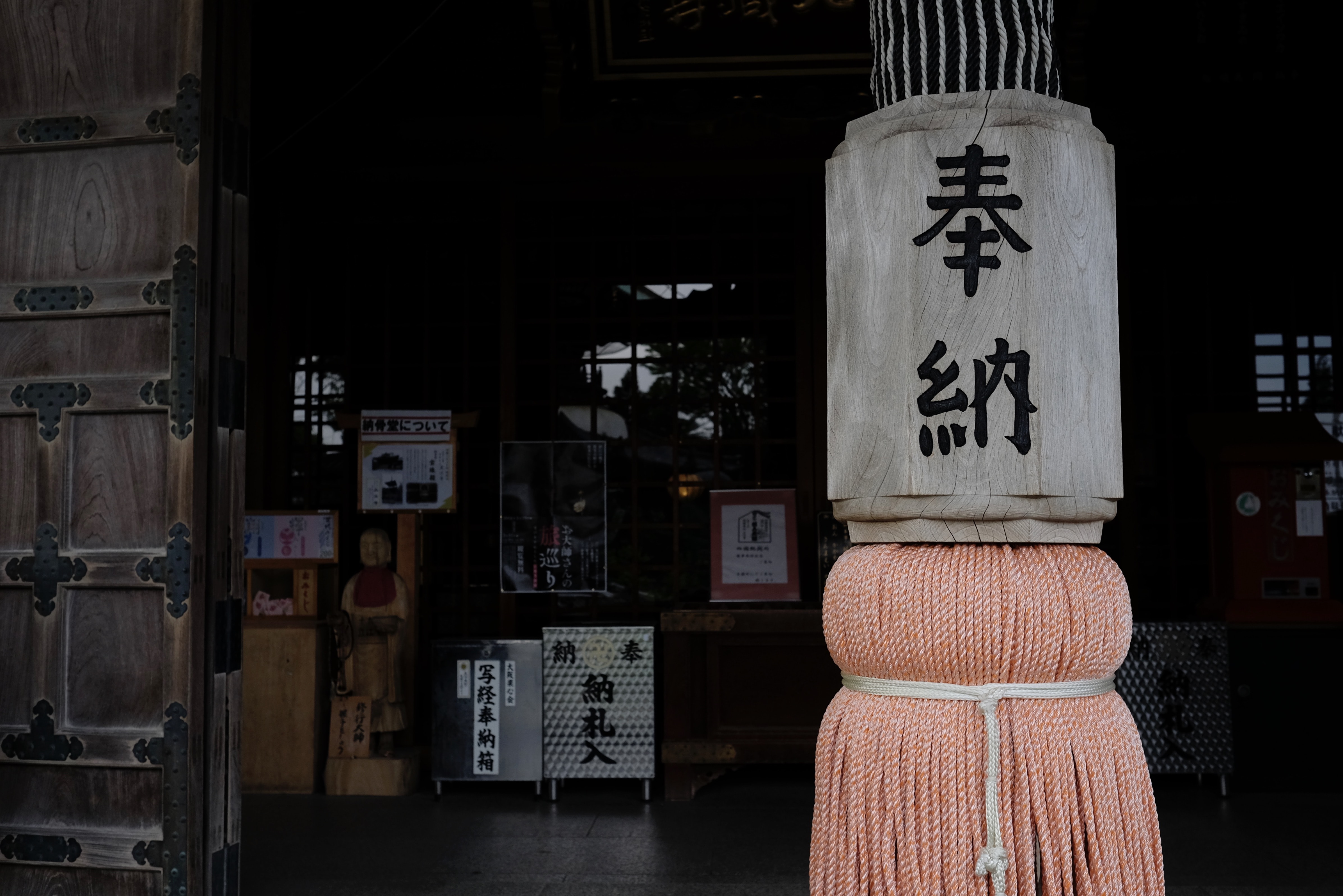 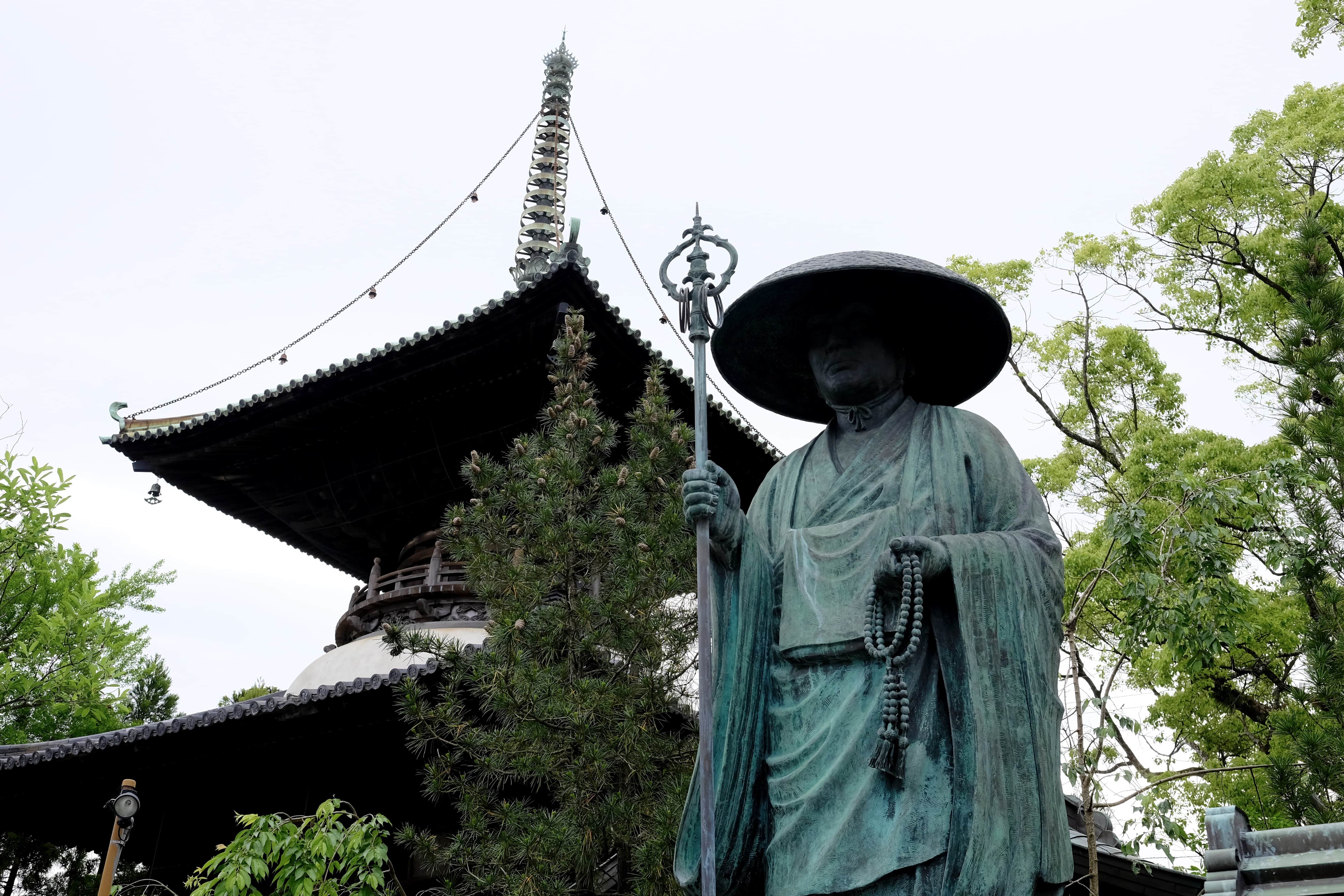 I arrived at Tatsue-ji (立江寺 – 19) at 2pm and again almost had the place to myself except for one other elderly pilgrim. I’m guessing since Golden Week is almost over this is going to be pretty common for the rest of the journey. 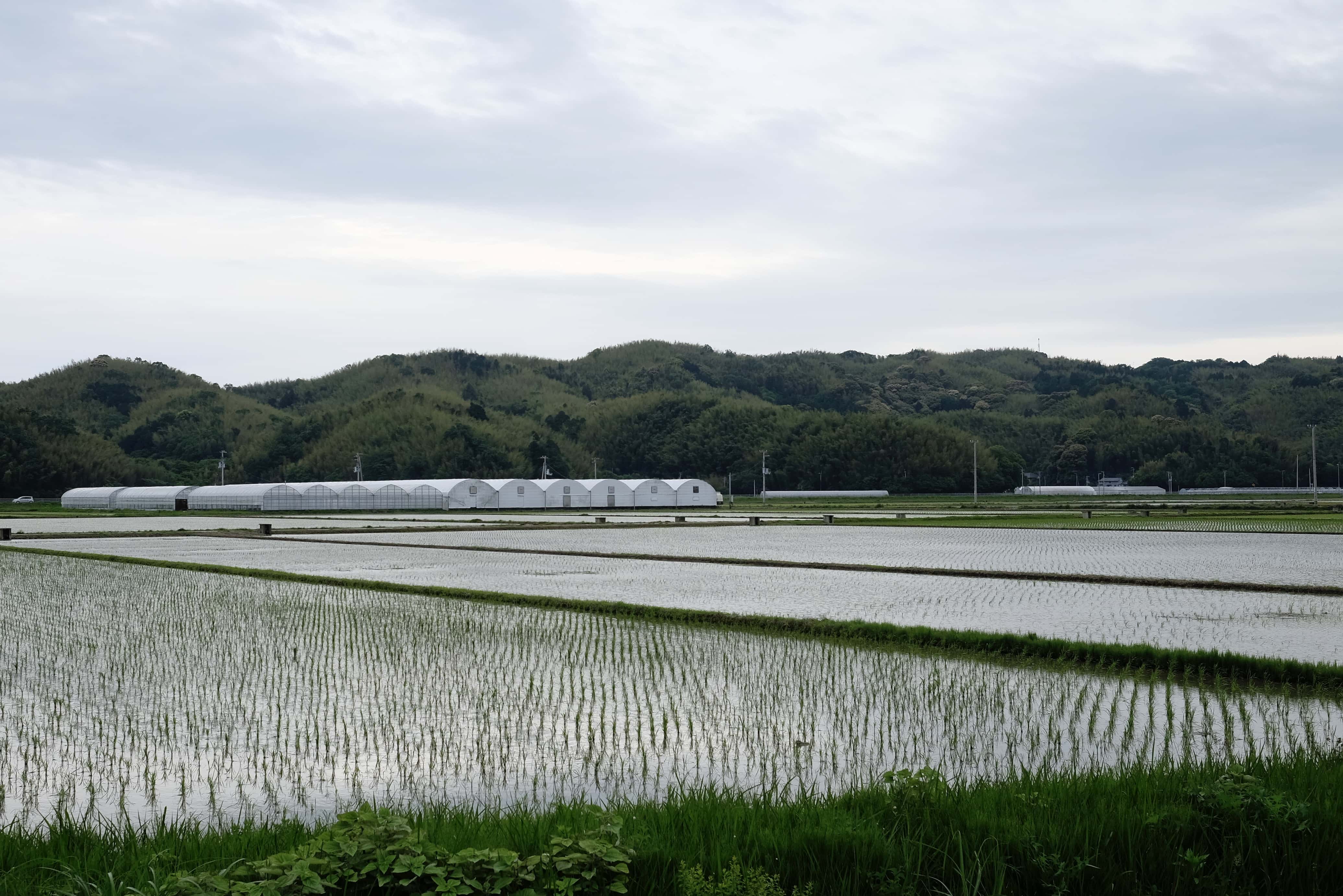 As I continued along the road towards my lodgings for the night I experienced two more acts of real kindness. I had stopped to check one of my feet which was hurting when an old man in a truck paused to ask if I was ok. Further down the road, another man ran out of his house to give me a piece of his homemade almond cake (it really hit the spot!). If this happens I want to be ready with my name slip to give them. 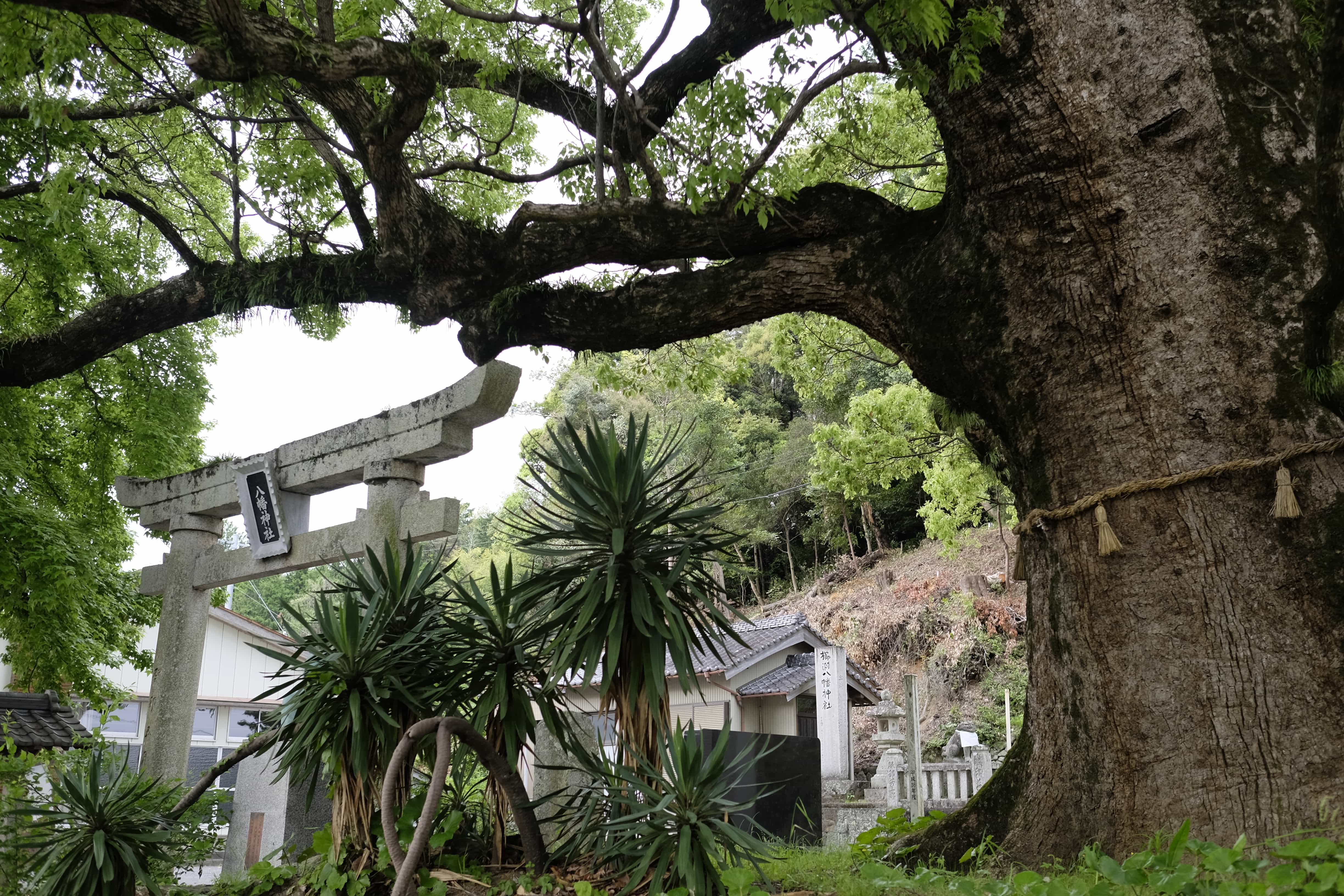 These were the first acts of osettai (お接待) I had experienced which is the tradition of giving material or non-material gifts to pilgrims. Living in any big city it’s easy to lose your faith in humanity but today I think mine was restored. I’m truly humbled. 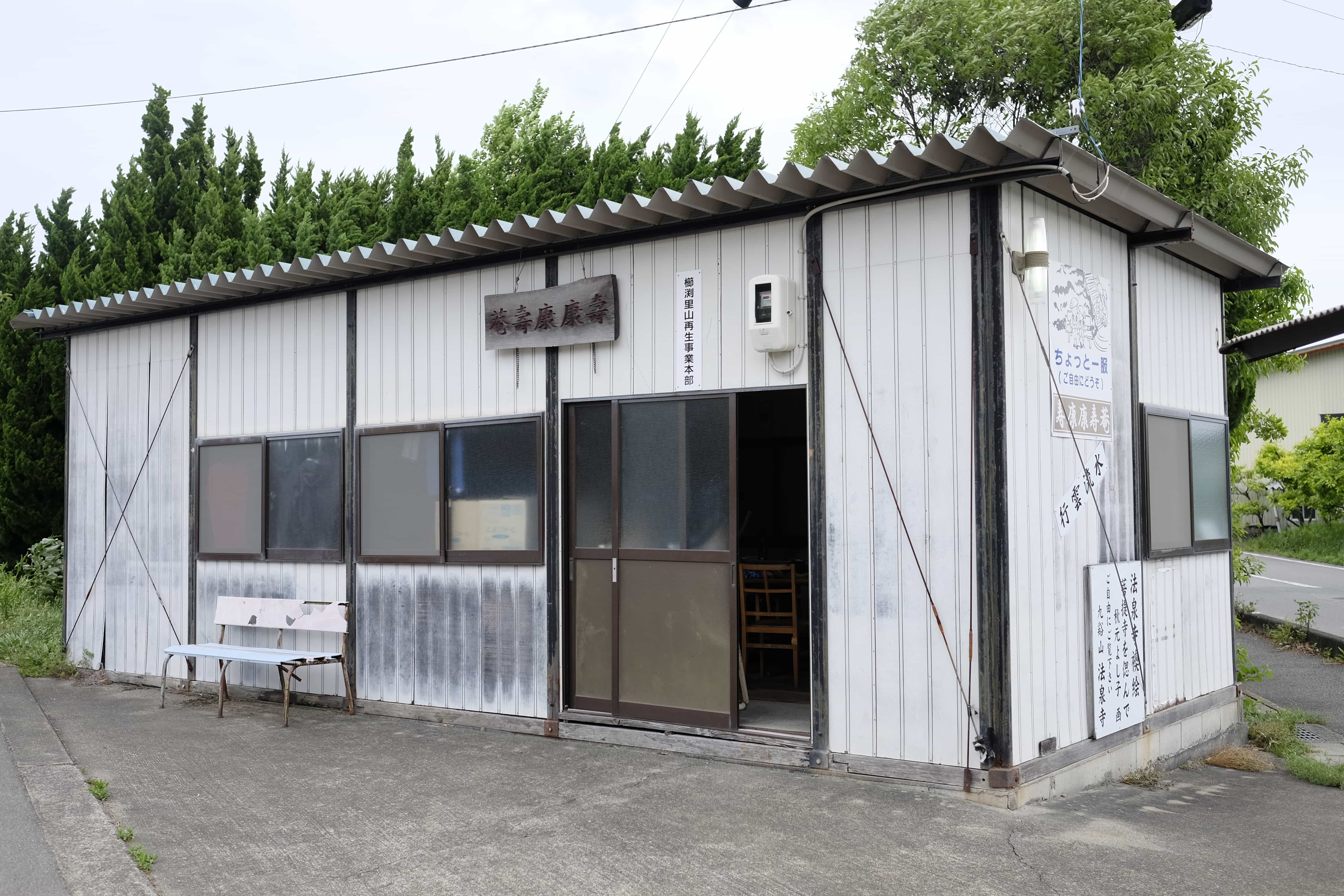 I made it to Hosenji around 3.30pm which is a small temple that provides a simple hut for pilgrims to rest or sleep in. There was no shower so I made good by washing myself and my clothes using the toilet sink, another new experience!

A short while later a friendly Japanese couple, Yoji and Tomoko arrived at the hut on their bicycles and also decided the stay the night. They both speak good English so we had a nice conversation and they were able to recommend me a potential camp site for tomorrow night since there won’t be any other accommodation nearby.

After a sad start to the day things turned out pretty well and I’m very thankful. Fingers crossed for some dry weather over the weekend.