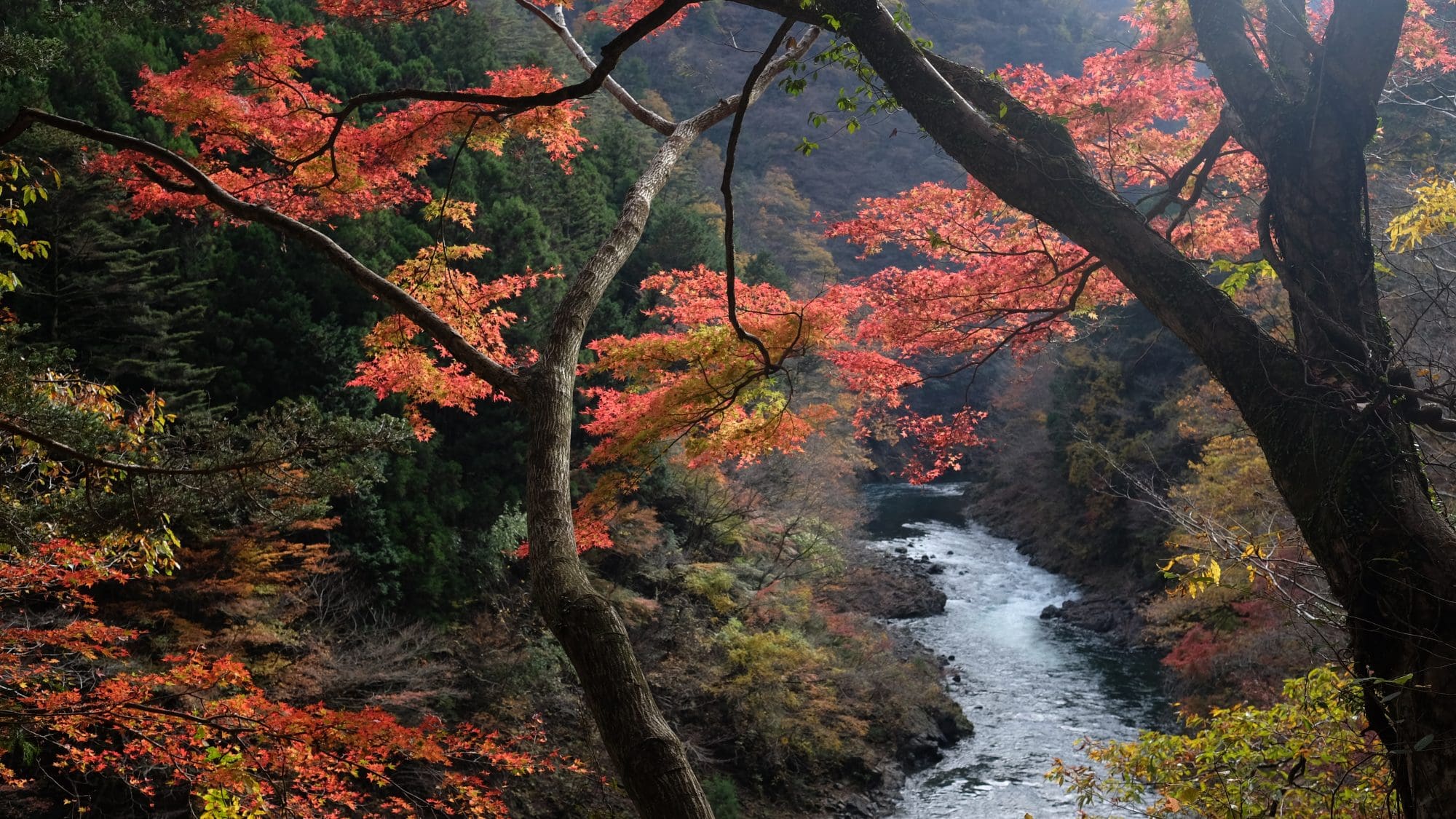 For the past few years I’ve enjoyed the spectacular autumn leaves in Tokyo by exploring the city’s many pristine parks but for the prior season I decided to head out of the metropolis to Okutama (奥多摩), a mountainous region located west along the Tama River. 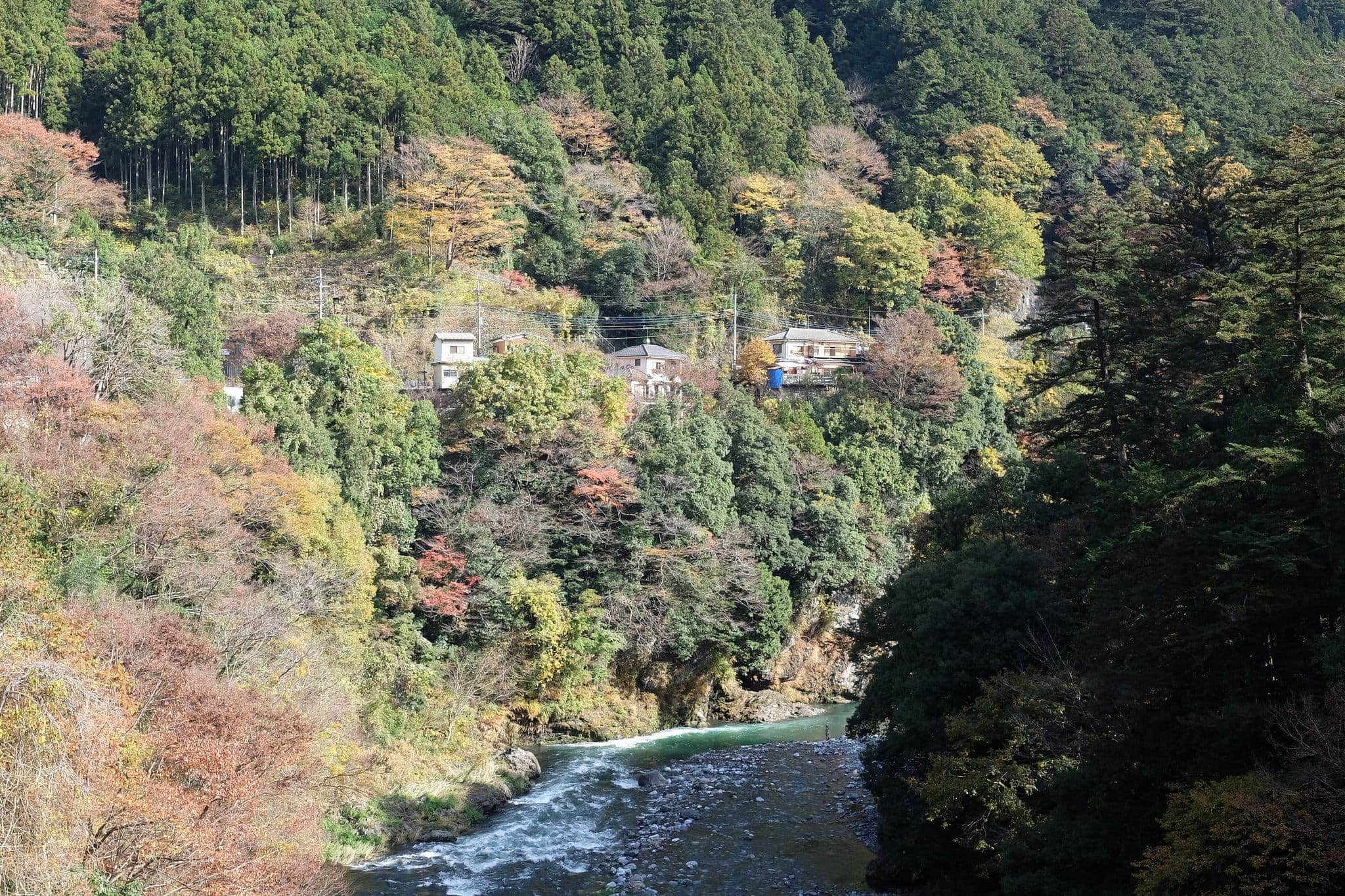 Departing from Okutama Station (奥多摩駅), I followed the 10km Mukashi-michi (むかしみち) trail (meaning “old road”) heading towards Lake Okutama (奥多摩湖). The path is paved most of the way and is fairly easy-going with only a couple of steep sections at the beginning and end. 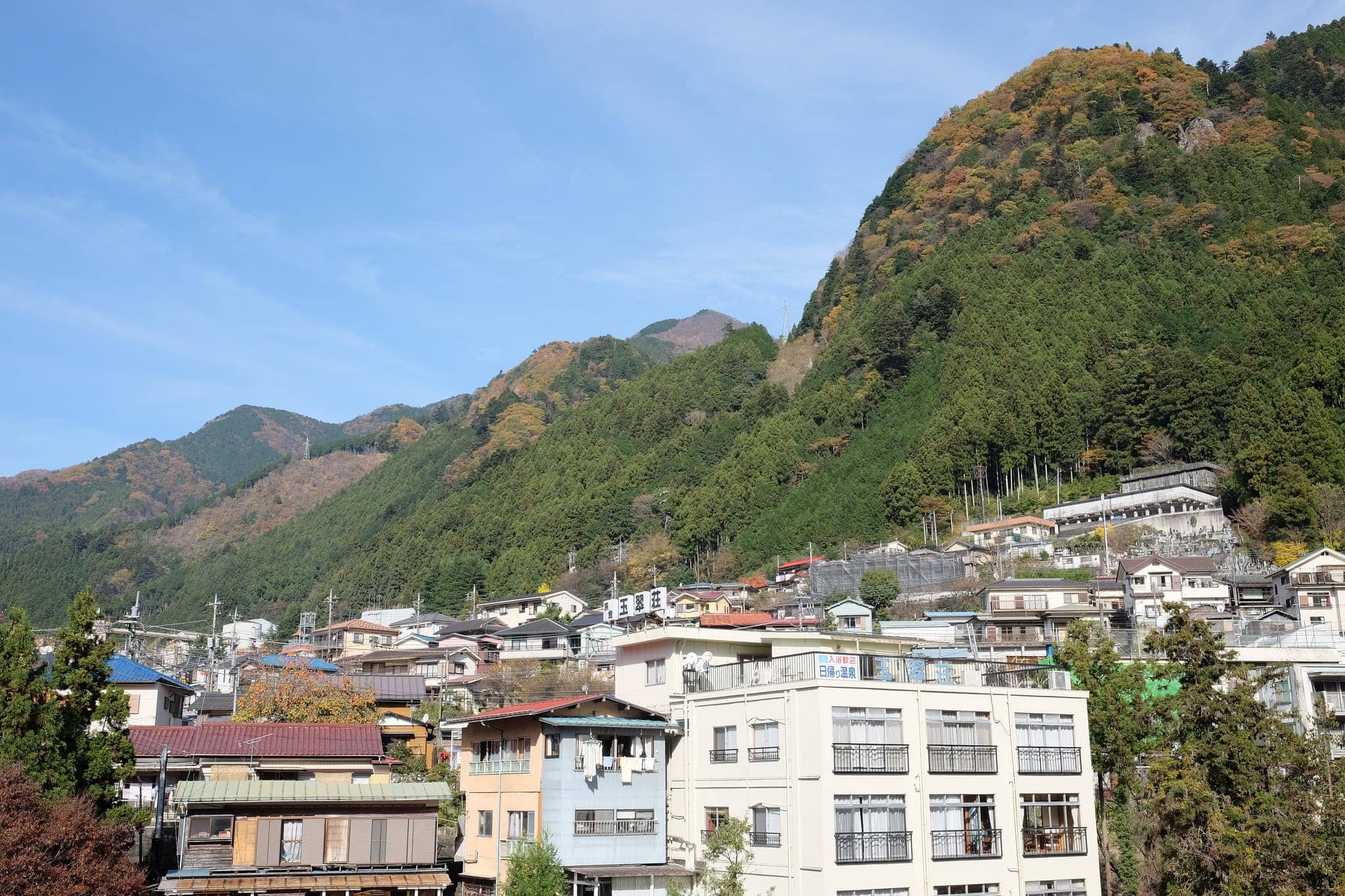 Walking downhill away from the station, you reach a crossroads with an information center on the left where you can pickup a free route map. To reach the trailhead be sure to cross the bridge running parallel to the Tama River (not over it). The first section of the tail runs alongside a disused railway track which was originally used to transport materials to build Ogouchi Dam (小河内ダム). I’d love to come back and explore this in more detail! A small shrine inset into the side of the road. The figure on the left looks a bit bored. 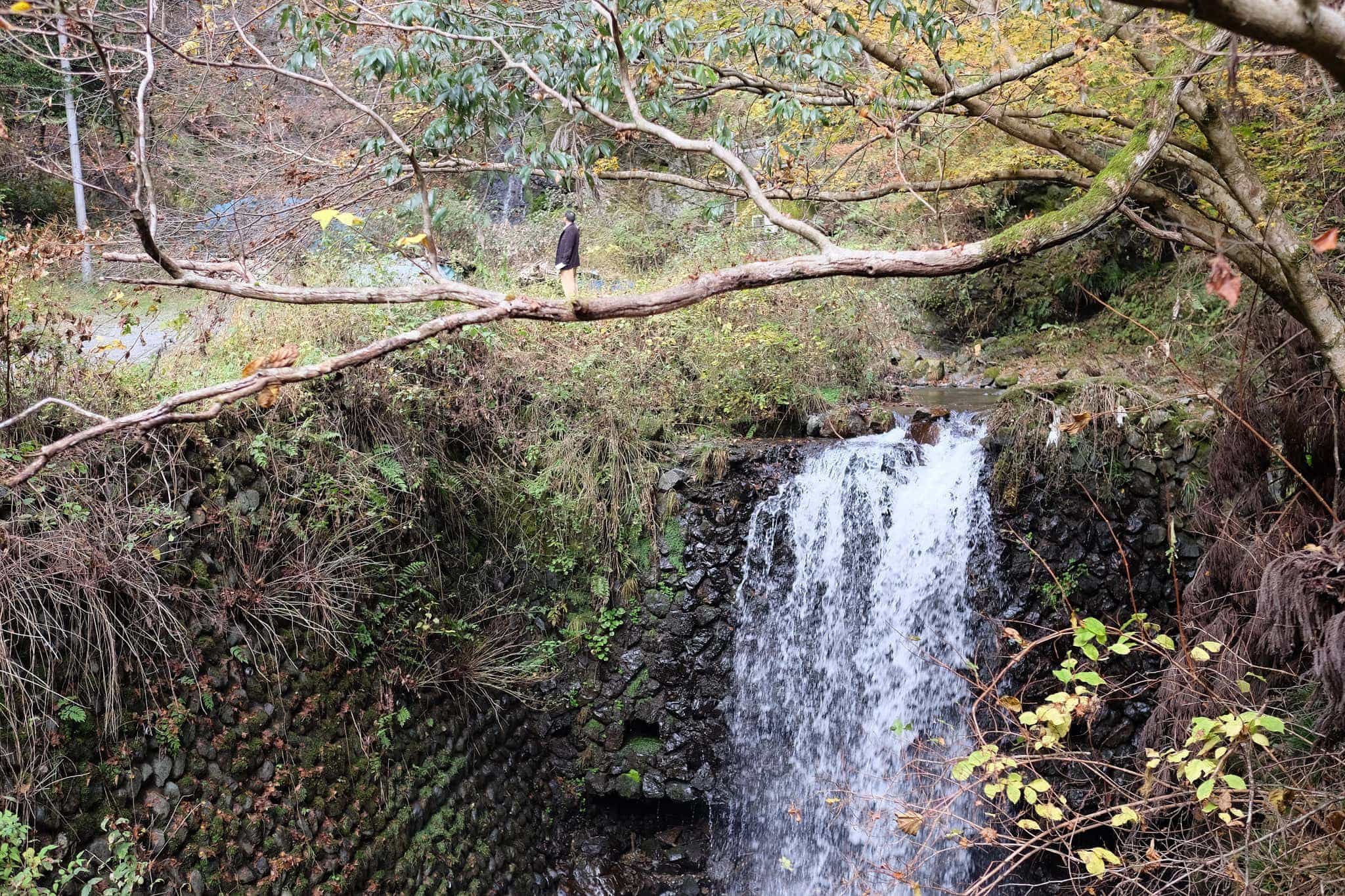 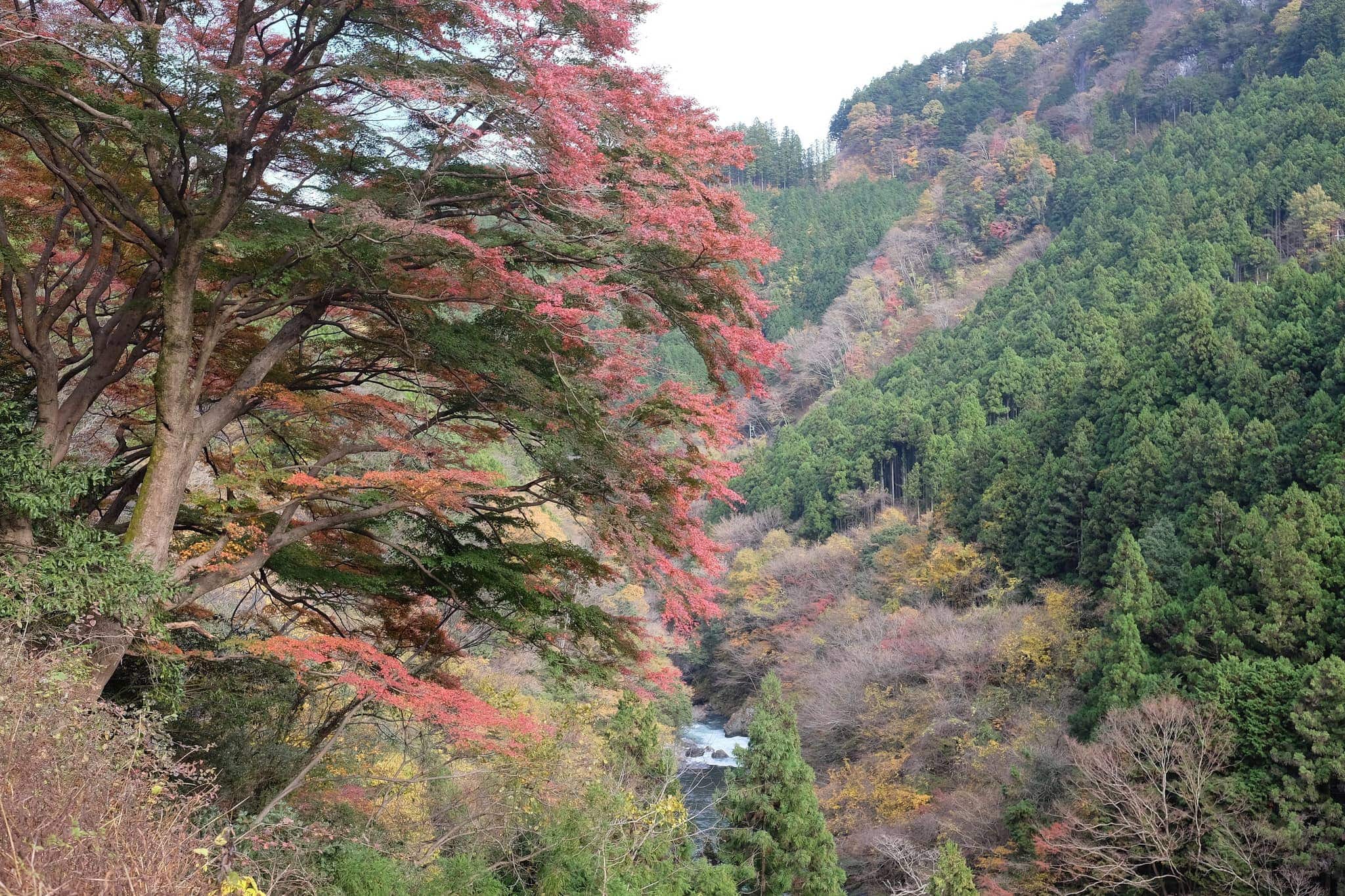 At various spots the view opens up, providing beautiful views over the valley and the river below. 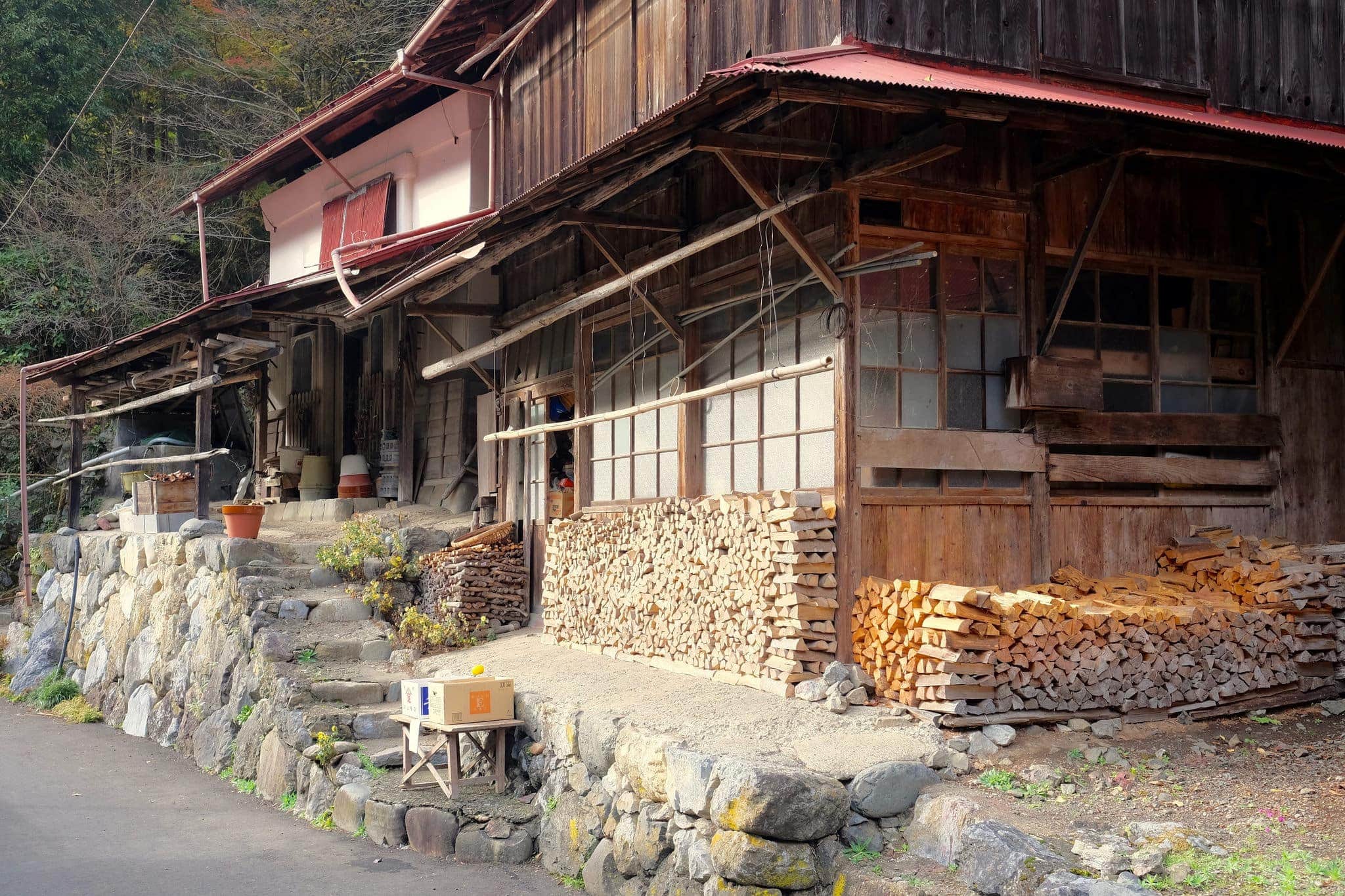 The trail passes a number of old pastoral villages. Before the main road was built in 1945 there were many more tea houses and lodges along the route to accommodate travellers. I especially liked this house with its neat piles of logs. 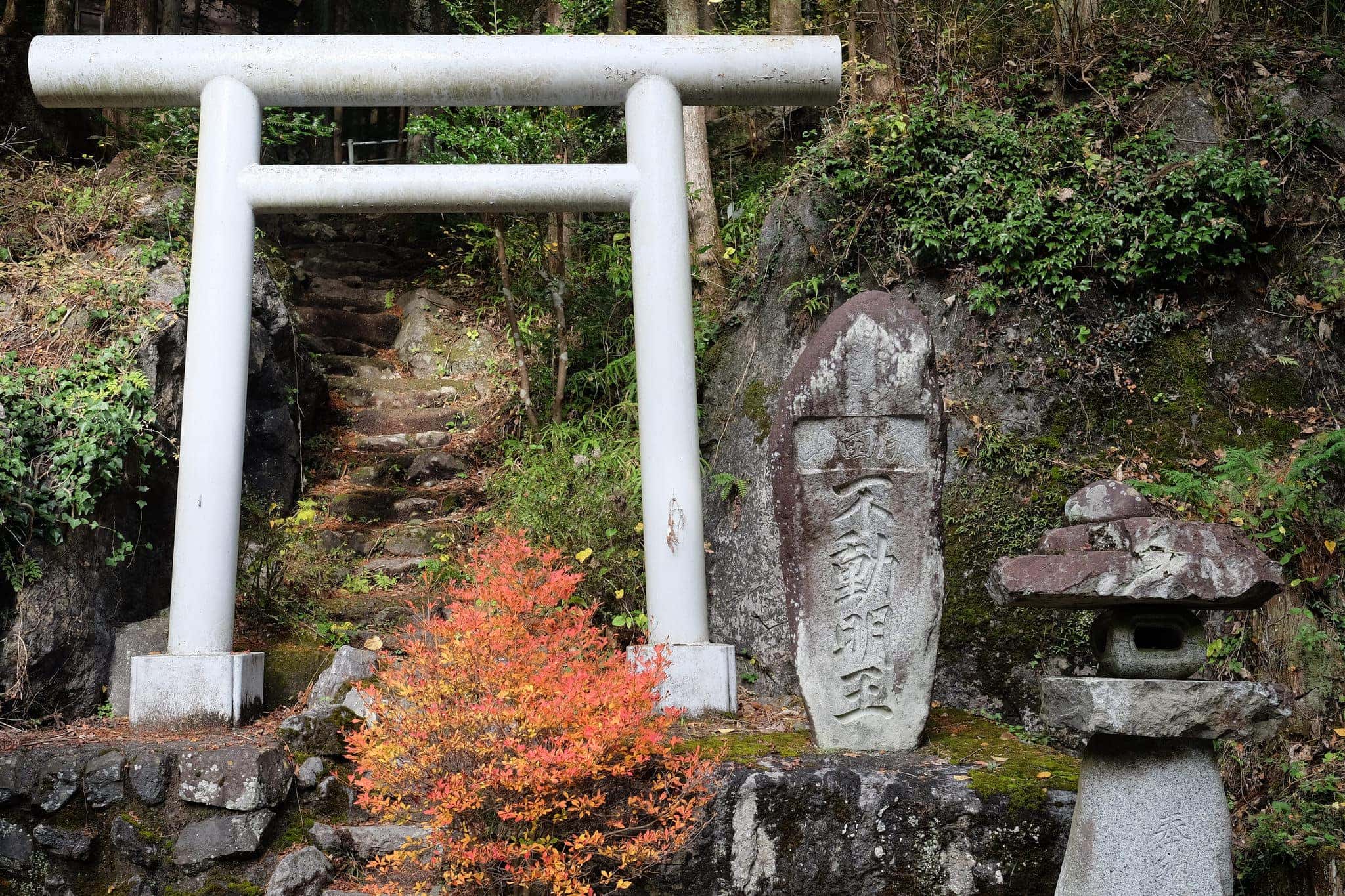 It was late November but I couldn’t quite work out if I’d missed the best of the autumn leaves or if I was a touch early. 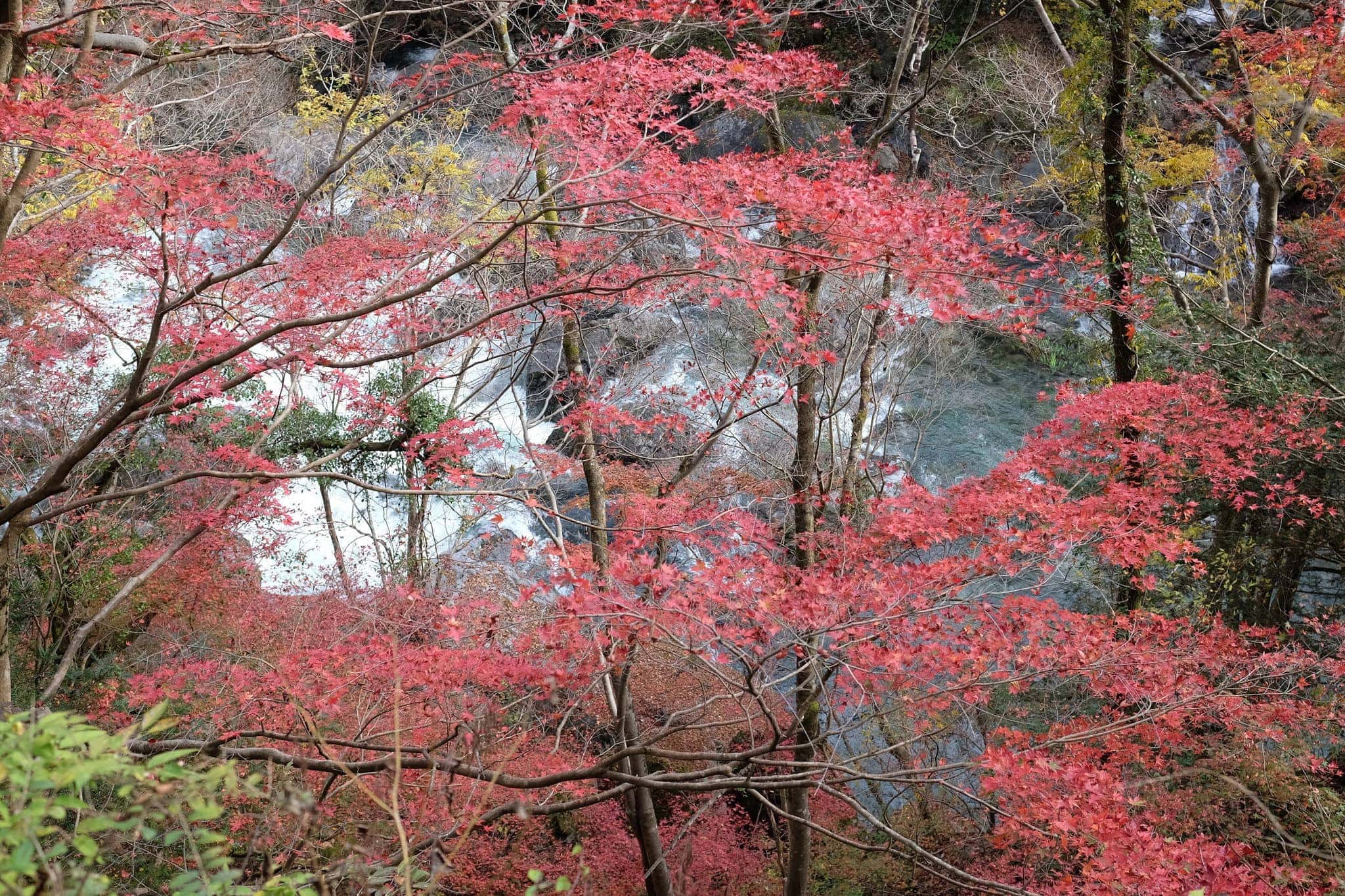 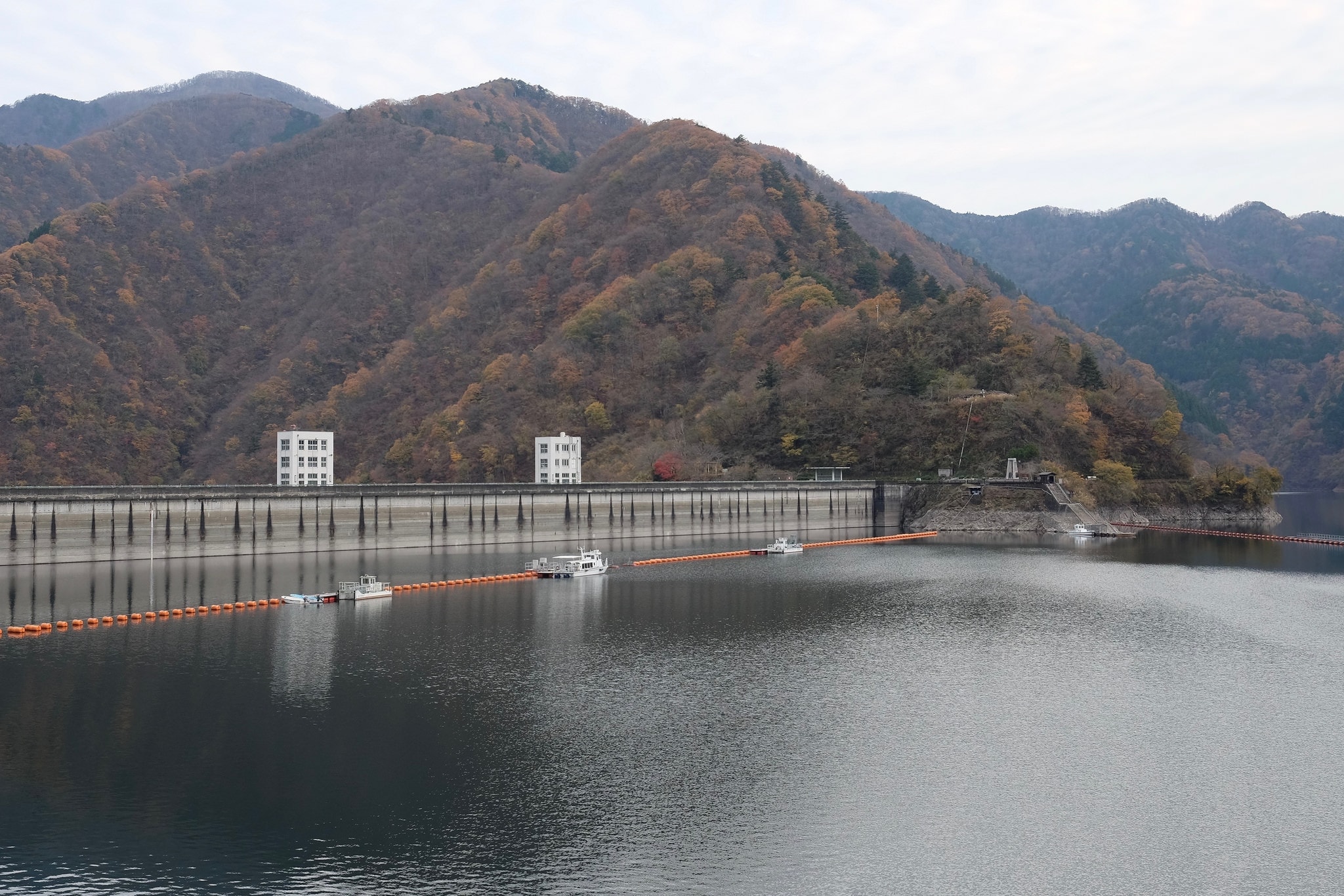 After hiking for almost four hours the enormous Ogōchi Dam and Lake Okutama come into view. With a 45km circumference it would take a few days to walk around. Nearby is a visitor centre from where a frequent bus can be caught back to Okutama Station.