Thought I might share this really rather wonderful card I received today – the picture on it of a group of nuns lighting up is priceless – definitely a forbidden sin if you ask me! 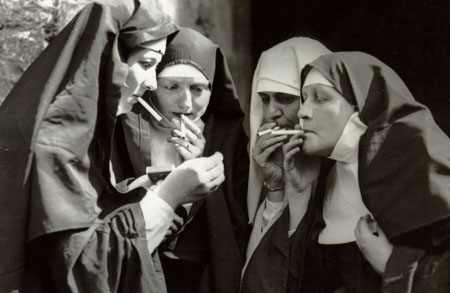 I’ve rather neglected my film reviews of late so here’s a few short ones of stuff I’ve seen recently, in chronological order: 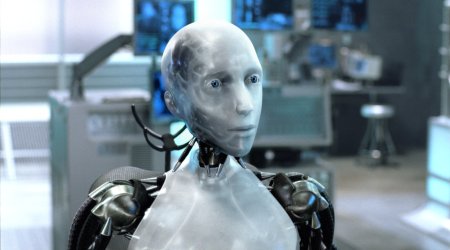 I, Robot is a film that could have been so much better. It has what could be an excellent storyline but suffers from poor direction and mediocre acting. Although the CG is excellent and the action scenes are pretty cool, as you would expect, it can’t make up for the fact that in the end you can’t take Will Smith seriously even though he tries his best! The main idea behind the film is that the 3 laws which robots must obey to provide a perfect “circle of protection” are flawed – I’m sure you can pretty much figure out the rest. Incredibly for once this is not an idea Hollywood has just magicked up but one which is actually grounded in reality and much research, but as you can imagine they don’t go into much detail! Overall it’s a fun film but I wouldn’t worry if you miss it! 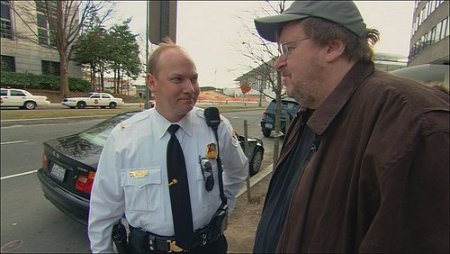 There is little that I can say that can do this film/documentary justice – It’s powerful, moving and incredibly scary. Although much of the hype surrounding it has now passed you can’t help but wonder how Bush and his cronies have got away with so much that seems corrupt and downright evil. Michael Moore may be heavily biased and his reputation questionable, but his work is undeniable. This is one you have GOT to see for yourself, in the end its only your own opinion which counts. 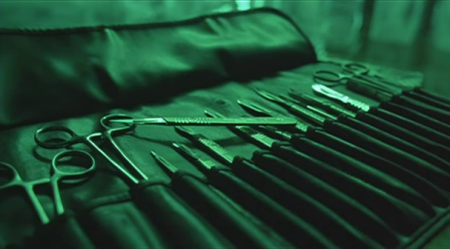 Koma is another film from Hong Kong which at first glance looks great. It’s got Angelica Lee in it from ‘The Eye‘ who, again, plays the main role and a host of other well-known faces. The story revolves around a maniac who kidnaps people and steals their kidneys to be sold on the black market. The opening scene starts with such an incident and as you can imagine it’s a bit gruesome! Unfortunately from there on in I found it a bit boring and was tempted to turn it off on more than one occasion – the cinematography was very average and nothing really special. This combined with a pretty slow pace doesn’t make for great cinema and it’s not something I’m likely to watch again. This said it does redeem itself slightly with a couple of great plot twists.