August 14th 1984 started off like any other day, yet events which would unfold would lead us to this moment in time and space exactly 20 years later. The world would never be the same again. The history books have little to say about this day but what we do know is that the filters on a power distribution unit in a mainframe room were flushed through (see Exhibit A) and that a submarine was caught in the nets of a fishing boat off Berry head, South Devon. 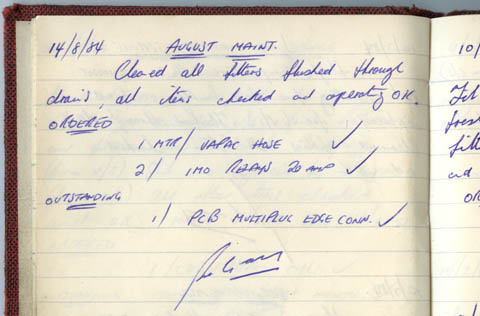 Exhibit A: A maintenance logbook.

While these events have little to do with anything they were the prelude to a far more important cosmic conjuncture – my birth! I don’t generally feel that the passing of another year is much to talk about but I think it deserves a small mention considering its the 20th I’ve managed to survive 🙂

One of the coolest presents I received was a copy of R.O.D. the manga Vol. 1 from a friend – thanks! It’s all in Japanese so it may take me a while to work out but at least I can look at the cool drawings! 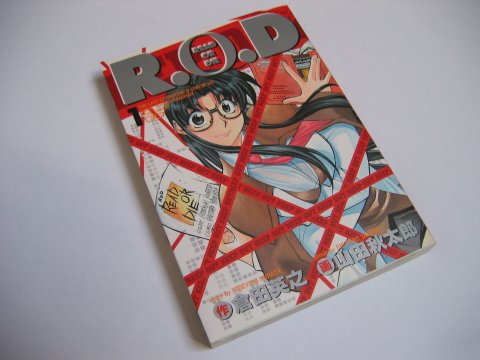