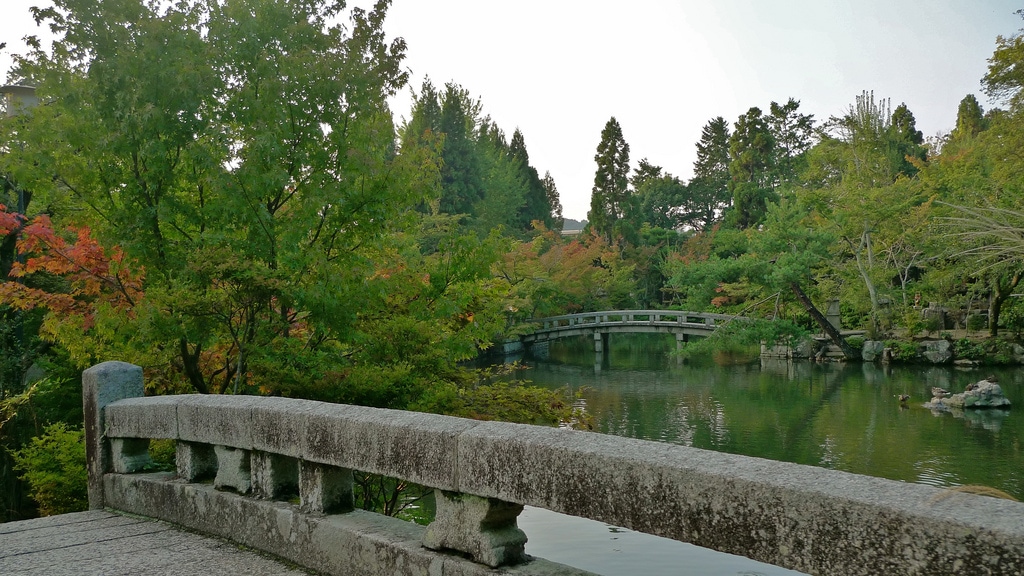 After visiting Arashiyama and Fushimi Inari Taisha earlier in the day my next stop in Kyoto was Northern Higashiyama (東山区) for an afternoon stroll through some of the idyllic gardens and temples there. Without wanting to repeat myself too much I’ll leave you to marvel at some of the well-preserved heritage and natural beauty on show here… 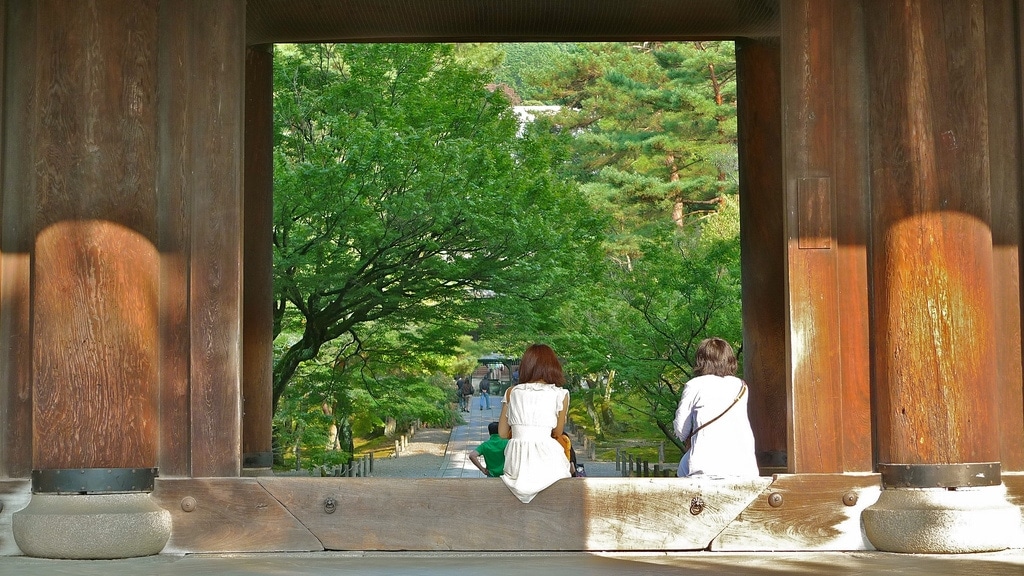 Two women sit inside a huge doorway near the entrance to Nanzen-ji (南禅寺) Zen Buddhist temple. 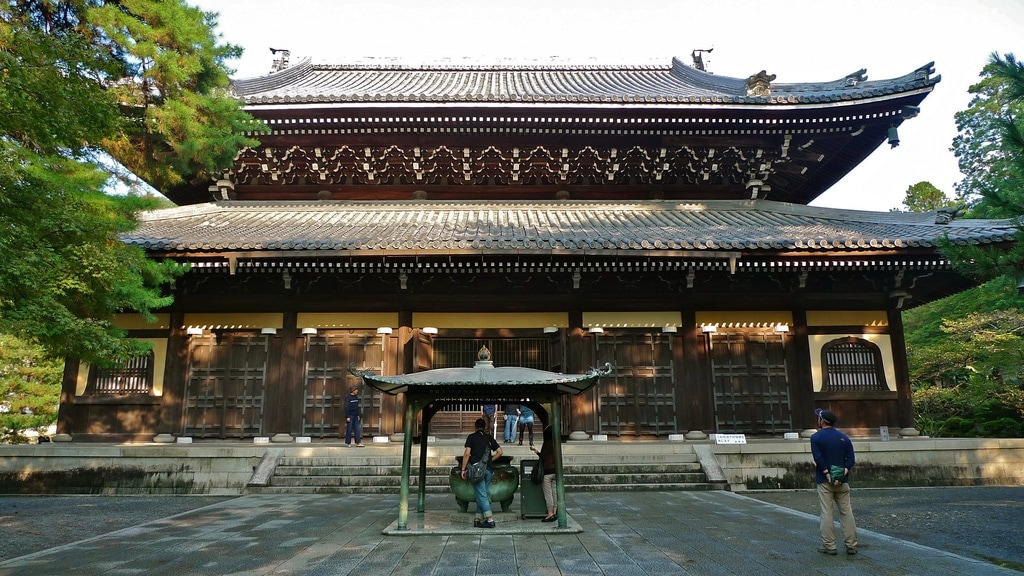 Pausing for reflection outside one of the temple halls where some people light incense sticks to be placed in the iron caldron in-front. 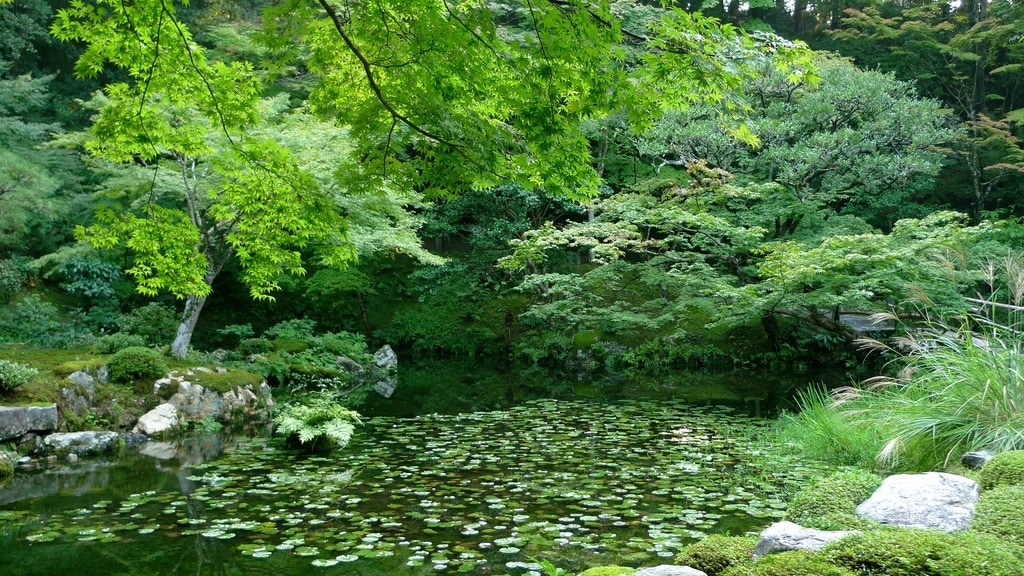 Green leaves backlit by the falling sun overhang still waters inside a nearby garden. 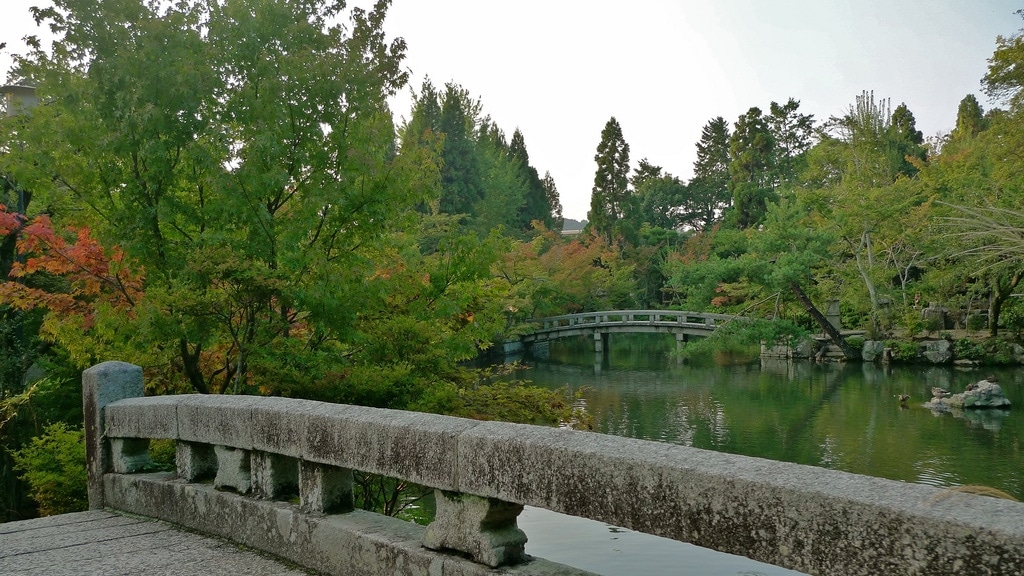 Bridges cross over a pond inside Eikan-dō Zenrin-ji (永観堂禅林寺) Buddhist temple where hints of autumn were beginning to show. 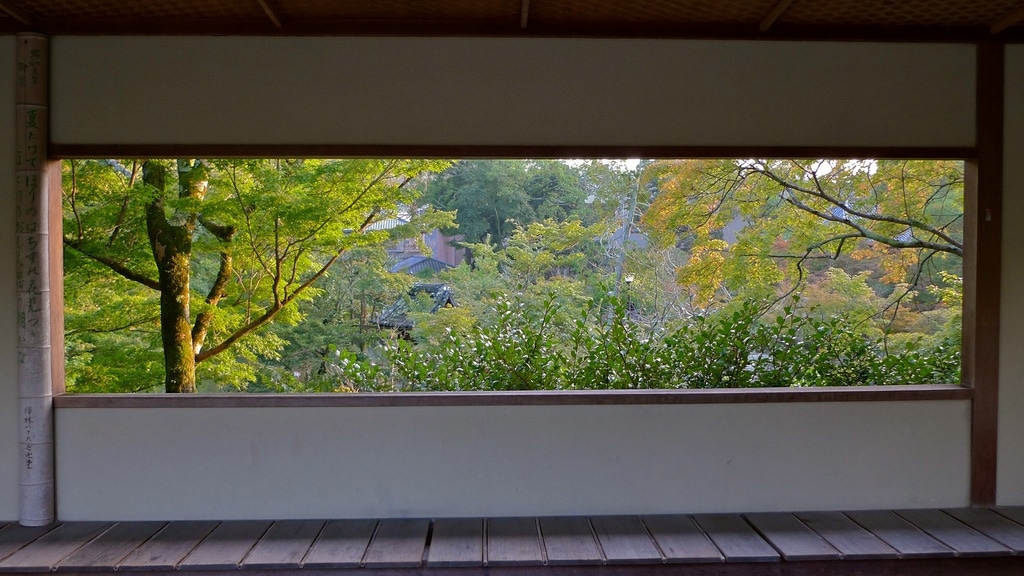 A rectangular window on a deck overlooking the pond provides a picture-postcard view as the sun begins to set. 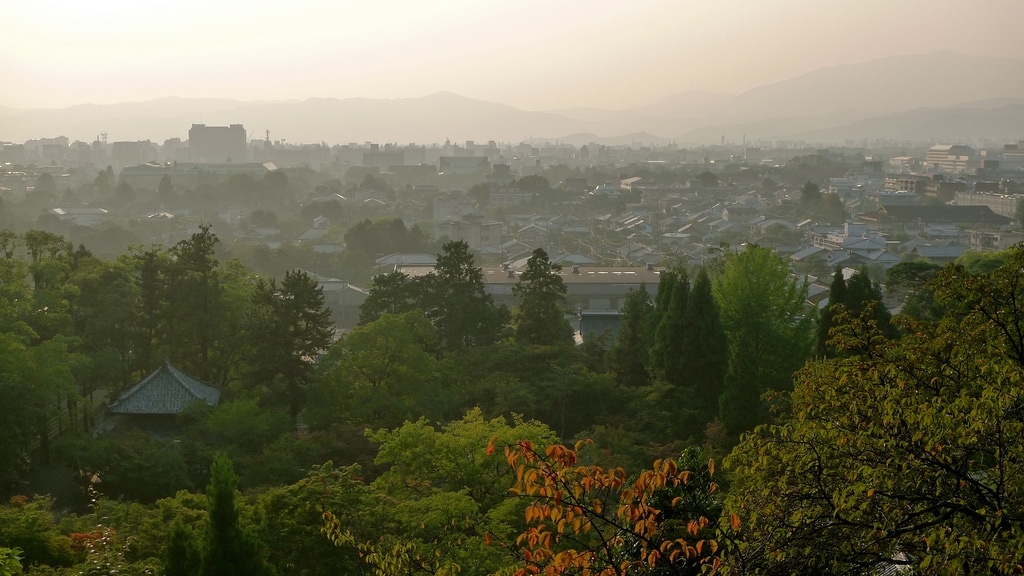 Kyoto spread out at sunset, viewed from the highest point of the temple compound with the enclosing mountains in the background. 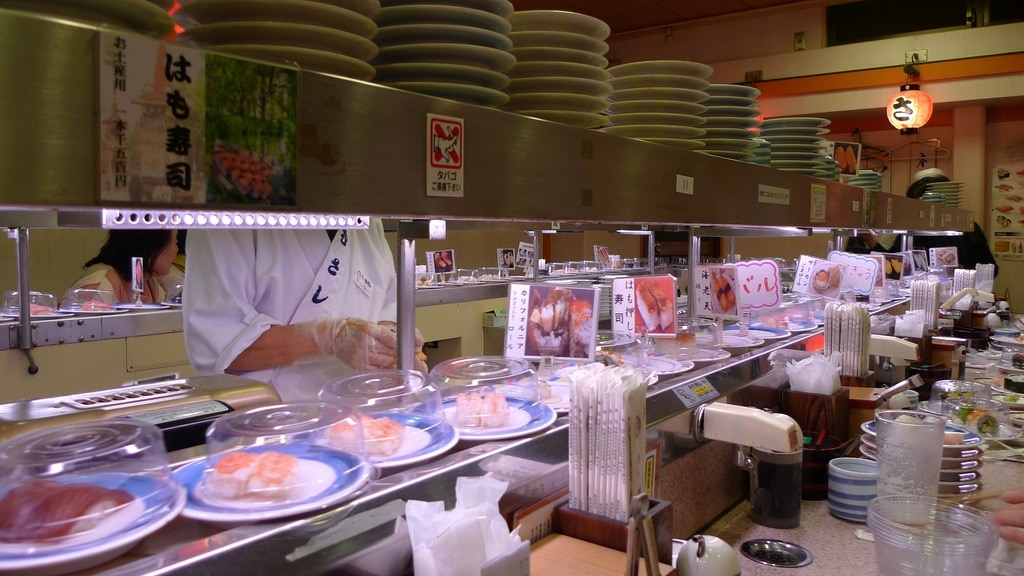 In the evening I went downtown again for some sushi at conveyor belt restaurant (回転寿司) – considered fast-food in Japan but pretty tasty. The final bill is based on the number and type of plates of the consumed sushi. Ironically I’ve always been a bit of a fussy eater and just a few years ago you probably wouldn’t have found anywhere near here, let alone tucking into raw fish. However, since moving east I’ve taken a strong liking to these tasty little morsels and find myself getting regular cravings!