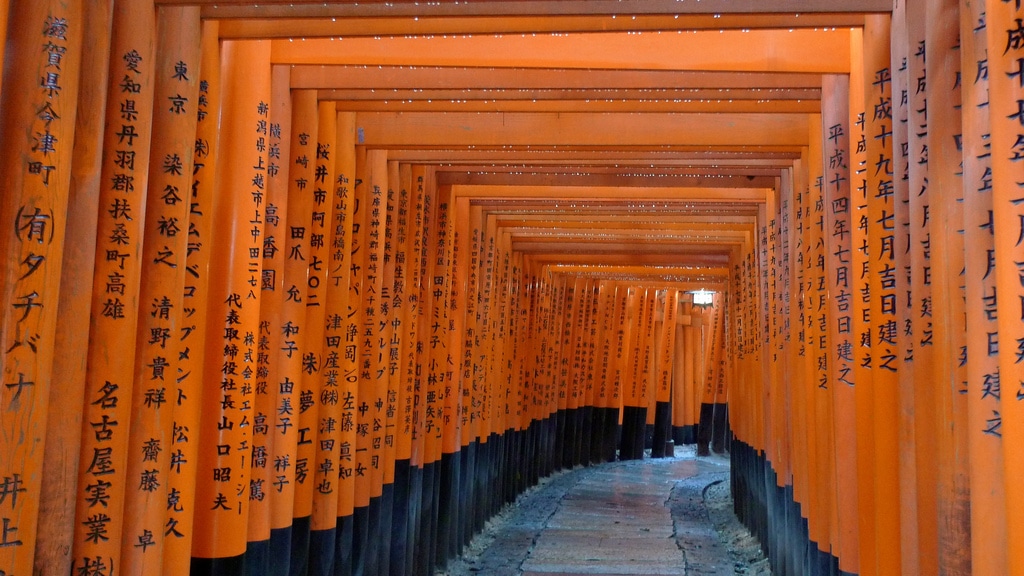 In the early afternoon of my second day in Kyoto I visited one of the most impressive shrines in Kyoto; Fushimi Inari Taisha Shrine (伏見稲荷大社) which is characterised by thousands of vermilion torii gates that cover the slopes of the mountain creating long tunnels through which visitors can amble. 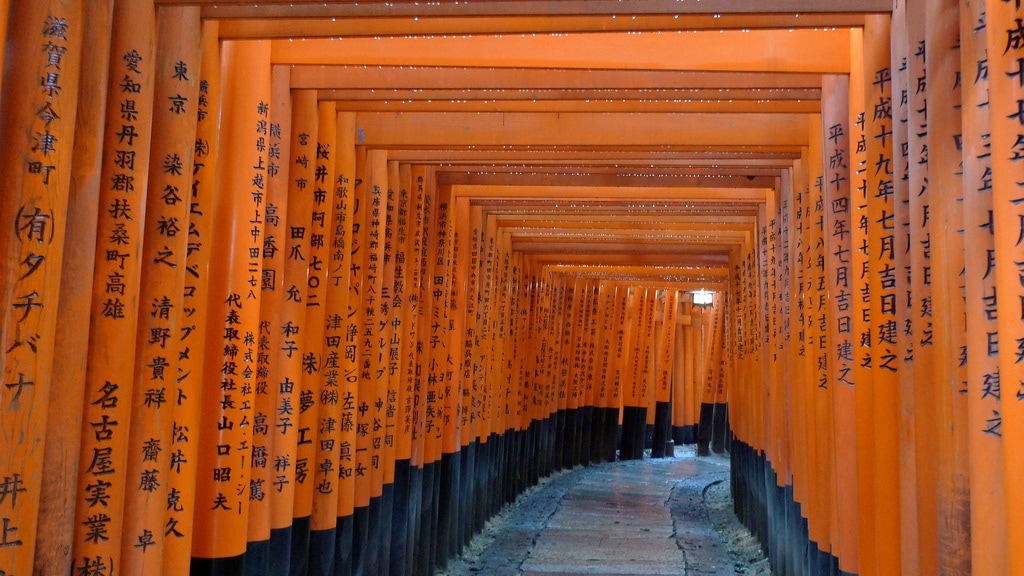 It’s estimated that there are well over 10,000 such torii gates leading for over 4km through the woods to the top of the Inari mountain (a journey which takes about 2 hours to complete). Each was donated and inscribed by a local business – their sheer volume makes for quite a sight. As well as being the name of the mountain the shrine is dedicated to Inari who is the Shinto god of rice, and foxes are thought to be his messengers. There is a superstition among the Japanese that they are capable of possessing a human’s spirit, making you lose your mind! Some visitors had written their wishes on wooden plaques shaped like a fox head and customised it with their own drawings. 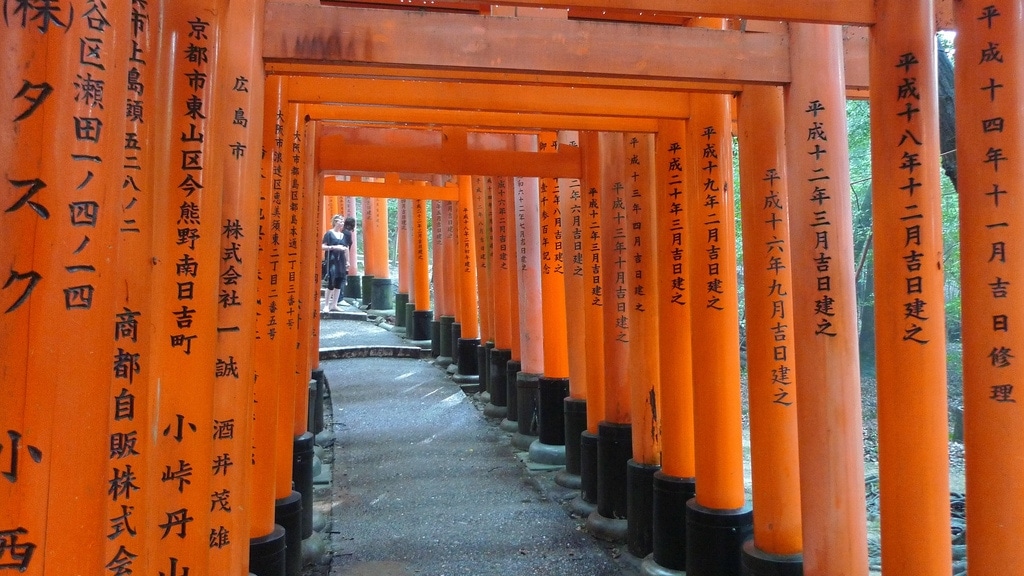 Walking through the gated tunnels is quite a magical experience and apparently even more so if you visit around dusk. It was drizzling when I visited but didn’t dampen the overall spirit. There are so many gates that it appears maintenance is a bit of a problem with many rotting stumps awaiting replacement. 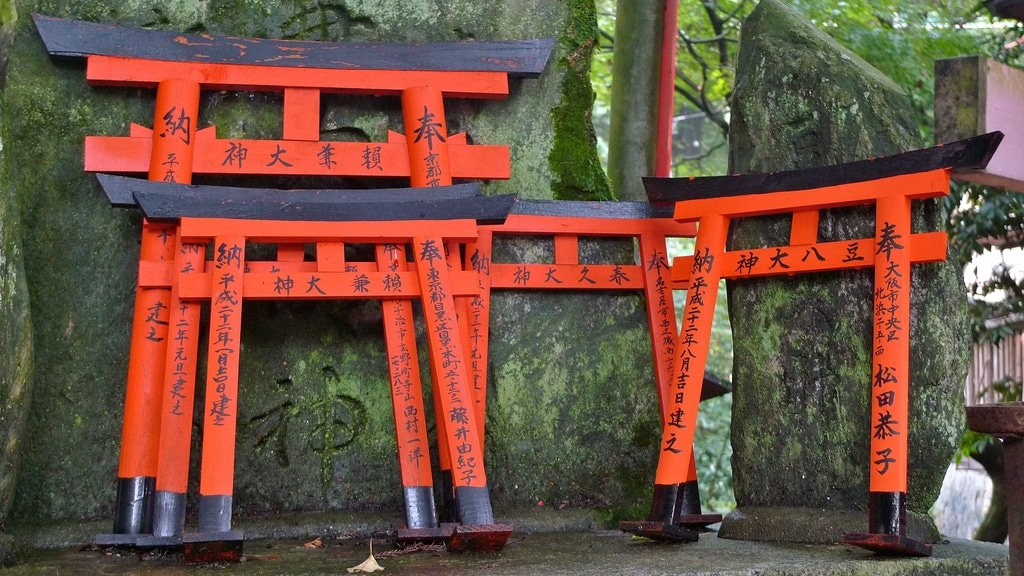 Within the main shrine there are many other smaller sub-shrines which are connected by the paths which criss-cross the mountain. 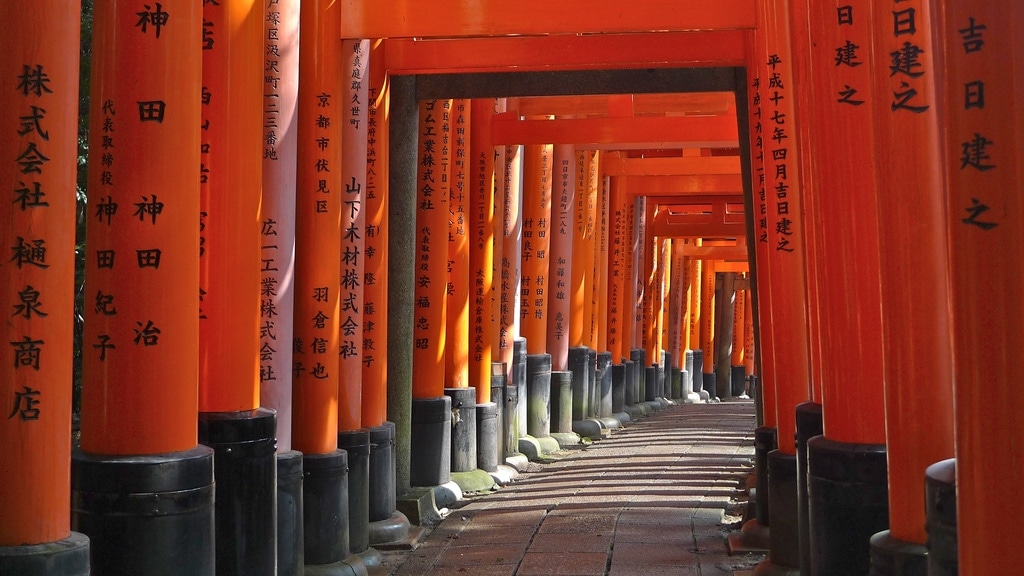 The vibrant reddish-orange vermilion pigment was traditionally made from a mineral called cinnabar but today is most commonly artificially produced by reacting mercury with molten sulfur. Most naturally produced vermilion comes from cinnabar mined in China, giving rise to its alternative name of China red. 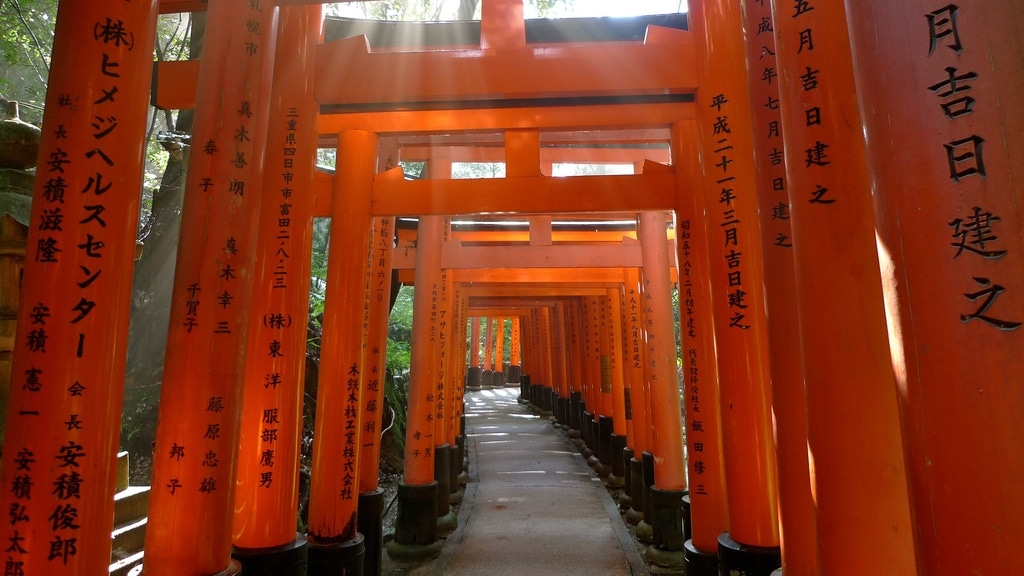 After the rain: bright shafts of sunlight break through the gaps between the gates casting a bright orange glow all around. 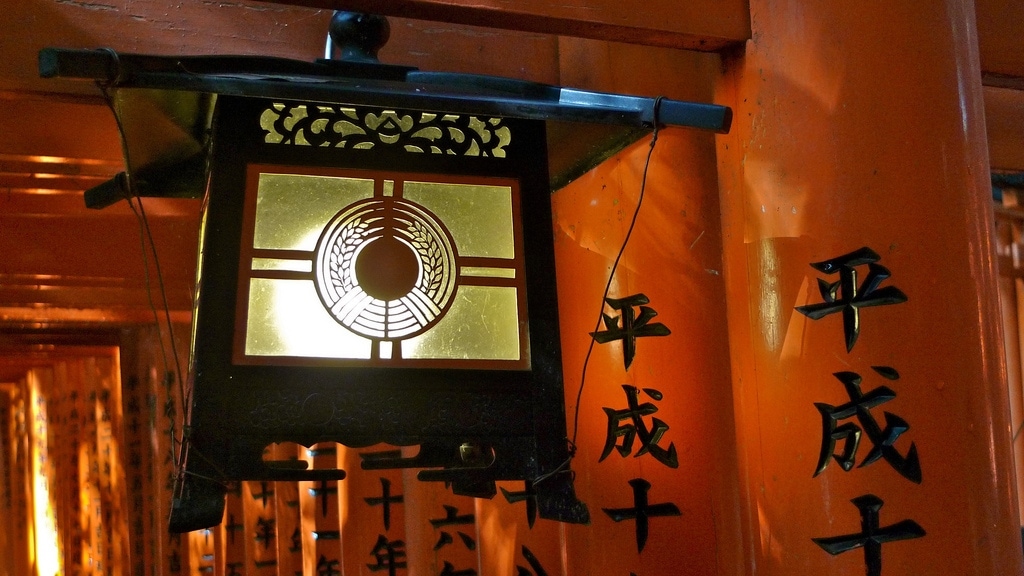 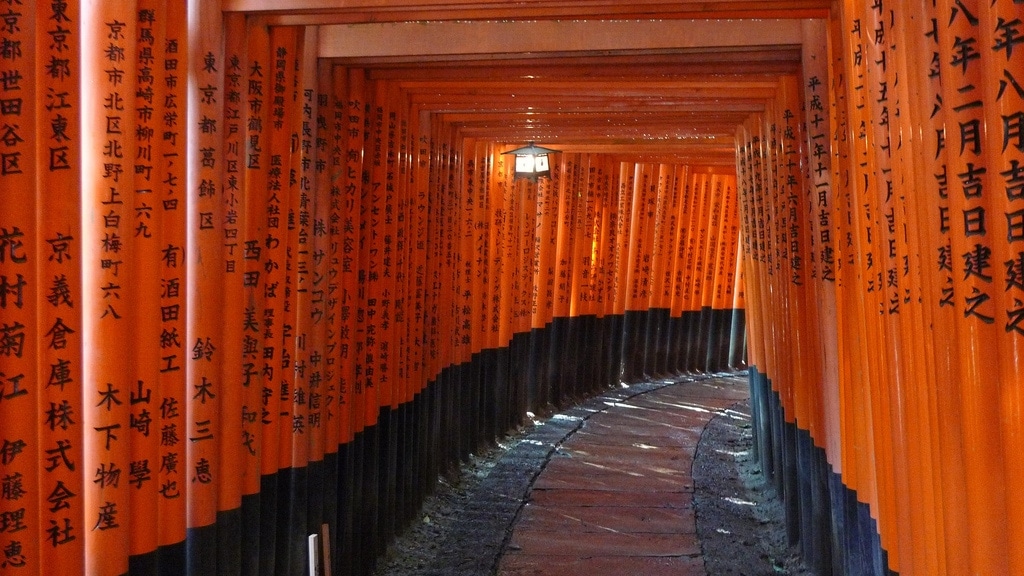 Fushimi Inari Taisha Shrine is located in south Kyoto as is a three-minute walk from Inari station on the JR Nara line. It’s open 24/7 and admission is free.