SecurityFocus is running an intriguing story today about possibly the first recorded instance of ‘cyber-terrorism’. Apparently Romanian cyber extortionists cracked the computer network at the Amundsen-Scott South Pole Station twice last year, stealing valuable data and even allegedly holding them to ransom by threatening to shutdown their life support system! The FBI is being rather coy about the whole affair but independent investigations have revealed worrying picture of lax security – it all sounds like something out of the latest spy movie!

“The hacked computer controlled the life support systems for the South Pole Station that housed 50 scientists wintering over during the South Pole’s most dangerous season.” – Justice Department report.

Seiko Epson Corp. (Japan) has unveiled a Bluetooth controlled micro-flyer robot which could be used in surveillance operations or for getting into tiny spaces during disaster rescue situations. It claims it has the smallest and lightest gyro-sensor in the world and also boasts a 32-bit microcontroller, a super-thin motor and even a low-quality digital camera! Currently it can fly for just three minutes at a time and controlling its flight is somewhat of a dark art but the company hopes to have a commercial model on the market some time in the next two or three years. You can see a video of it flying here. 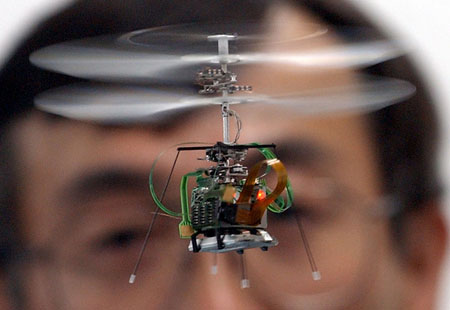 I was unpacking a new Dell pc at work the other day and for some reason the warning logos made me chuckle: 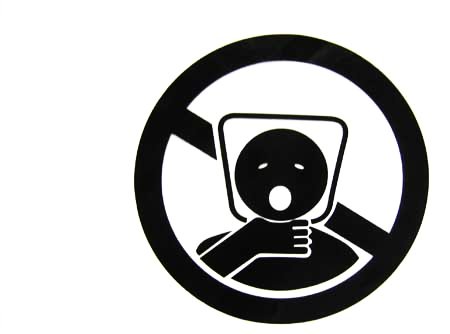