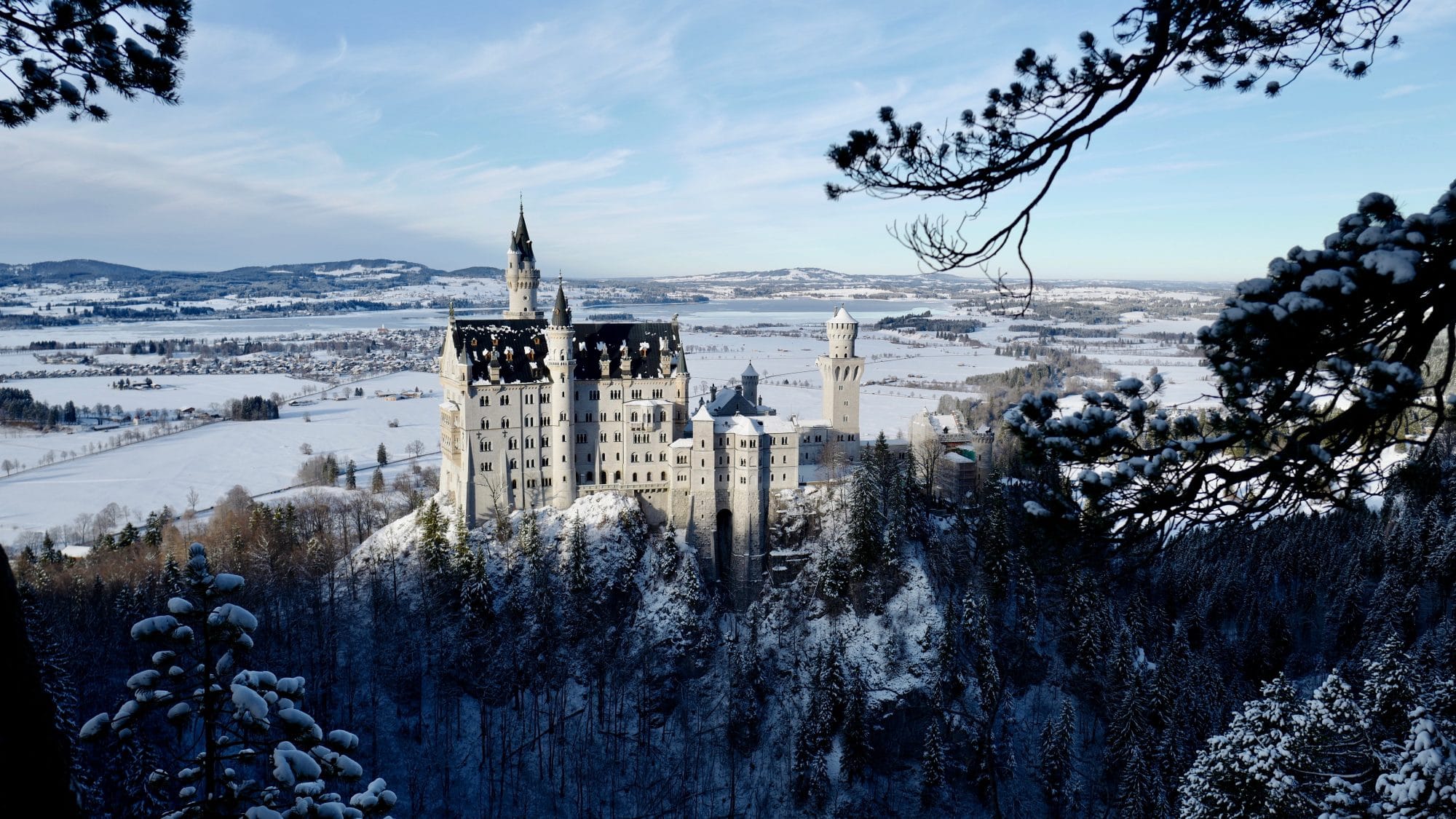 I spent Christmas 2017 with family in the UK but after the festivities and before the New Year managed to squeeze in a short trip to Munich, Salzburg and Zurich.

It was the first time for me to visit all three places and, after spending the last decade predominantly in Asia, I’d almost forgotten just how exceptional the old European cities are.

On our first full day in Munich, we took a particularly scenic train journey out of the city through the snow-covered fields to visit Neuschwanstein Castle, King Ludwig II’s faux-medieval fever dream.

The castle is a romantic interpretation of the Middle Ages, as well as a homage to the music of Richard Wagner. It was built on a rugged hill above the village of Hohenschwangau where Ludwig grew up in his parent’s castle near Füssen in southwest Bavaria.

Completed in 1886, Ludwig II only lived in the palace for a total of 172 days before he died under mysterious circumstances. The enormous construction costs of the castle had placed him in massive debt.

While tickets to visit inside the castle had sold out on the day of our visit, we were still able to hike up to the hill to Marienbrücke bridge where the panoramic view makes the trip well worthwhile.

With a blanket of snow covering the surrounding landscape, it’s easy to see why the castle was the inspiration for Disneyland’s Sleeping Beauty Castle. A folly of a folly.

On our way back, we took a short walk around Füssen, stopping at a local cafe to warm up. Still dressed up for Christmas, the town was particularly pretty in the light of dusk.