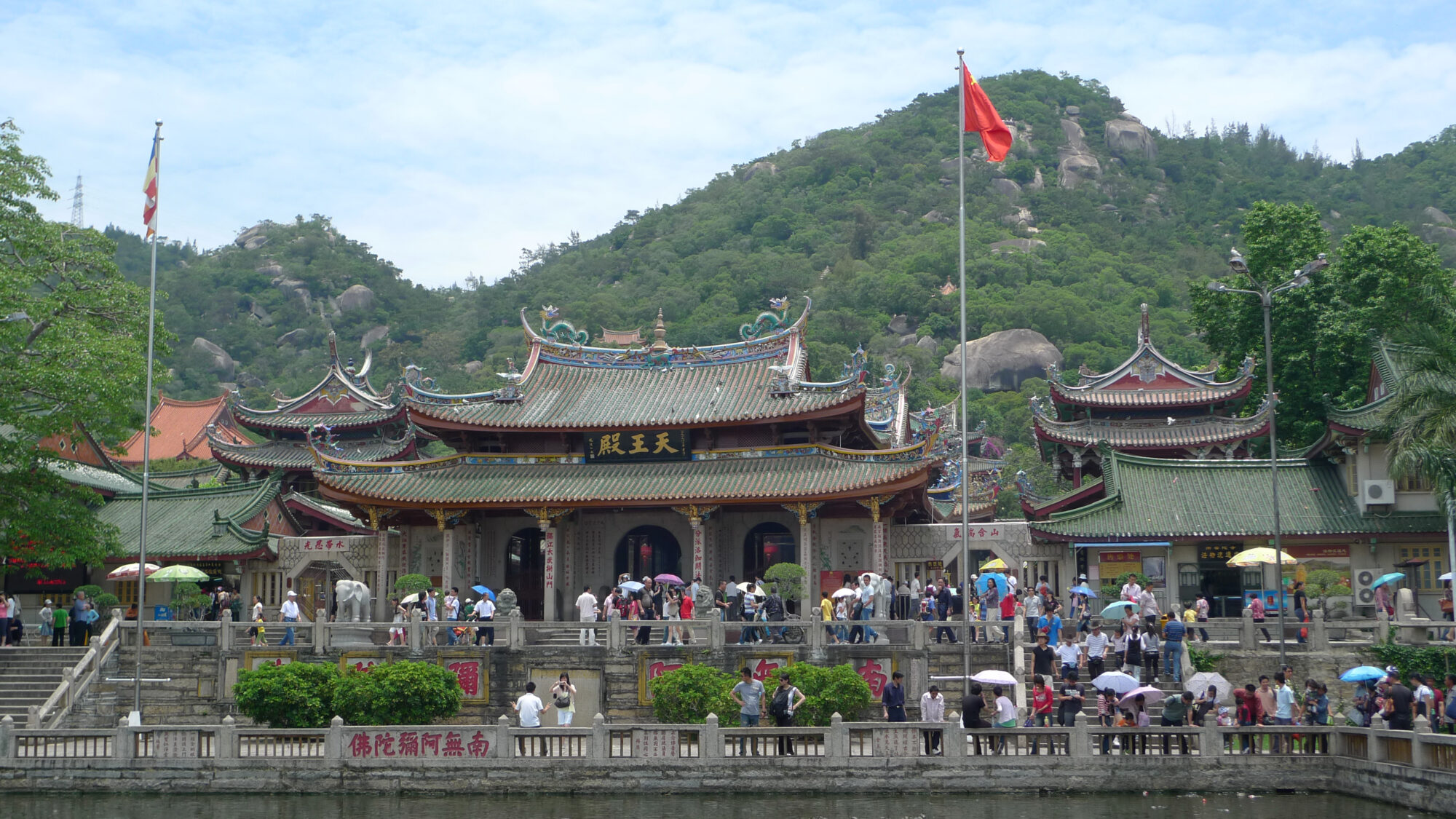 On the second enjoyably hot and sunny morning in Xiamen, I visited Nanputuo Temple (“nan” meaning south) situated at the foot of Wulaofeng (Mountain of Five Old Men) facing the sea. It’s one of the most famous Buddhist temples in China, founded in the Tang Dynasty, with over 1000 years of history containing three main halls and one pavilion (some being more recent additions).

Outside the temple is an equally beautiful lotus pond which at this time year was covered in water lilies and teeming with various fish and more than a few turtles. The temple and its grounds were also, unfortunately, swarming with people who evidently had had the same idea of how to enjoy the nice day but nevertheless, there was still room to enjoy it all. With an entrance fee of only 3 RMB, it’s very cheap.

The temple is home to over 100 monks who live and study here. They only eat vegetarian food and apparently get up at 4.30 am each morning to chant which is supposed to purify their minds. You’ll notice that whenever I visit temples I never take any photos inside of the halls which usually contain statues of Buddha which you are forbidden to photograph. Buddhists believe that Buddha is one who has attained enlightenment (Nirvana) thereby escaping the cycle of suffering and rebirth.

Above is a wooden carving of a fish with a dragons head, hence being called a “dragon fish”. I’m not sure if it has any other meaning but looks cool!

As you walk through the temple you are also ascending the mountainside and can see many characters carved into the rocks painted a deep red. In the garden area, we brought some very delicious cakes which are a local delicacy made with a green bean filling to give a sweet taste.

It only takes about half an hour to view the whole temple, more if you want to climb to the top of the mountain and is right next to Xiamen University which is also worth a look.