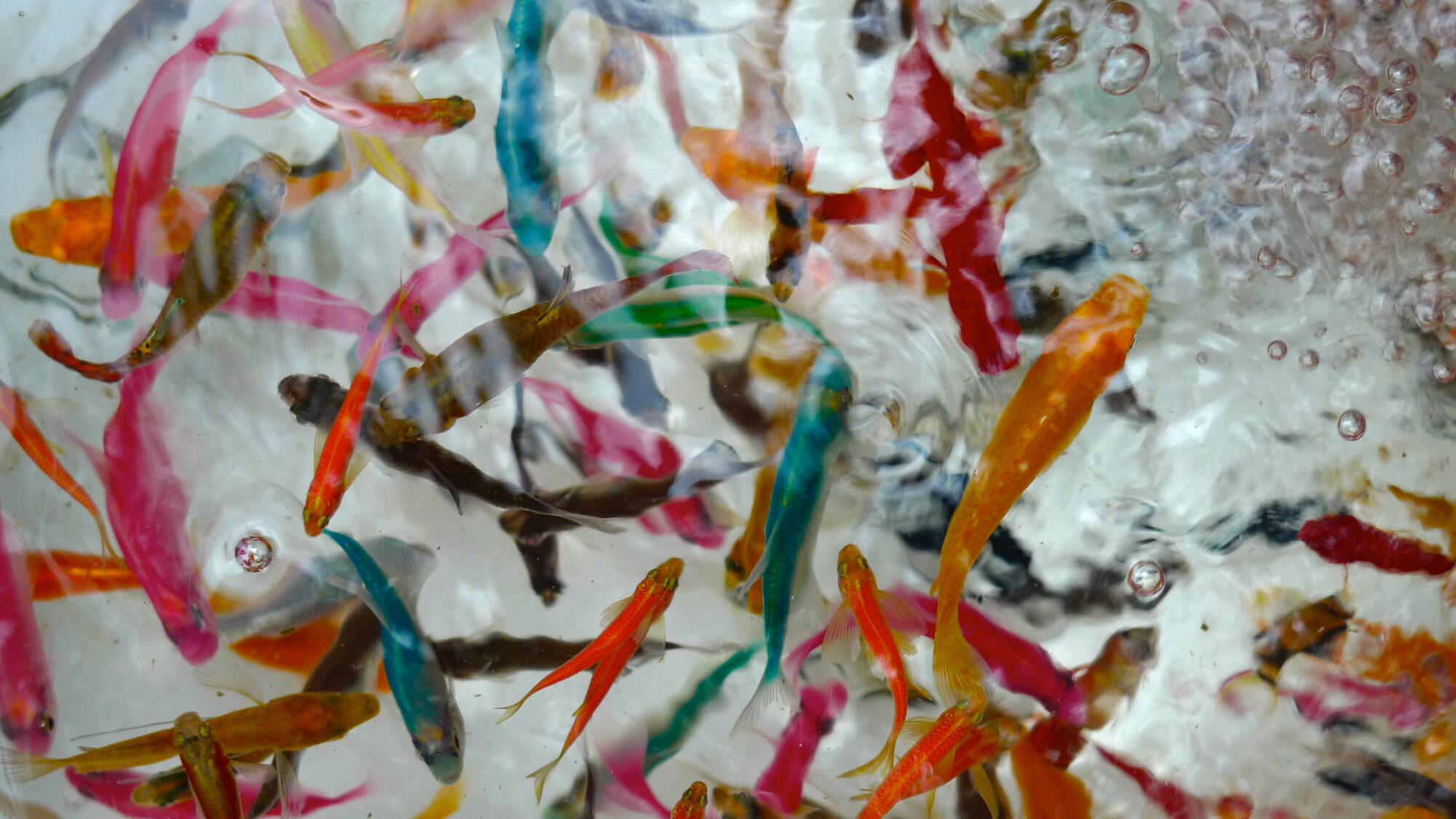 As I was walking around my neighbourhood this weekend my eyes were drawn to a man selling small pets off the back of a cart by the side of the road. He had rabbits, various brightly coloured fish and baby turtles which seemed popular with parents buying them for their kids. I didn’t think much of it at the time and quickly took a couple of shots before moving on.

Today someone left a comment against the goldfish photo on Flickr that they must have been dyed to give them such bright colours. I’d heard of street sellers in China dying dogs more desirable colours to fetch higher prices but didn’t know the same could be done to fish. As you can imagine the chemicals used are highly toxic and are so unhealthy for the animals that it often reduces their life expectancy to less than a week (even after feeding them painkillers). In the case of fish, the dye is injected into the skin after being dipped in a chemical bath, a very cruel process, which also leads to a quick death.

Unfortunately, this is another case of animal cruelty for the sake of profit. Goldfish may be small little things but there’s still no excuse for this. I don’t know if there are any laws against this kind of thing in China but hopefully, people will see sense not to buy pets from disreputable vendors.