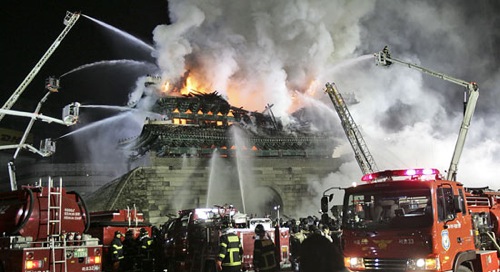 On Sunday night a devastating fire destroyed the 610 year-old Namdaemun “Great South Gate” in Seoul, South Korea [video]. Luckily no one was hurt but it’s sad to hear that the blaze may be have been started on purpose. The loss is even more painful as gate was the countries no. 1 national treasure and one of the few to survive foreign invasions. The Cultural Heritage Administration has said that it will take at least three years to restore at an estimated cost of $21 million. 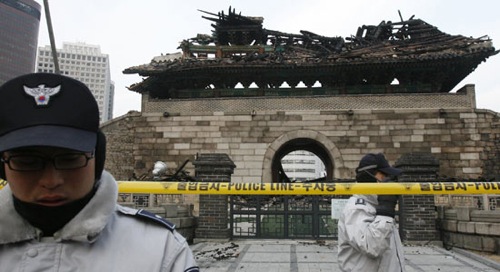 I feel somewhat lucky to have visited Namdaemun last September when I was in South Korea and took a number of photos of the magnificent structure with its colourful paintings on the underside. What struck me was its isolation, surrounded by the towering skyscrapers of modern Seoul making it even more of a landmark. 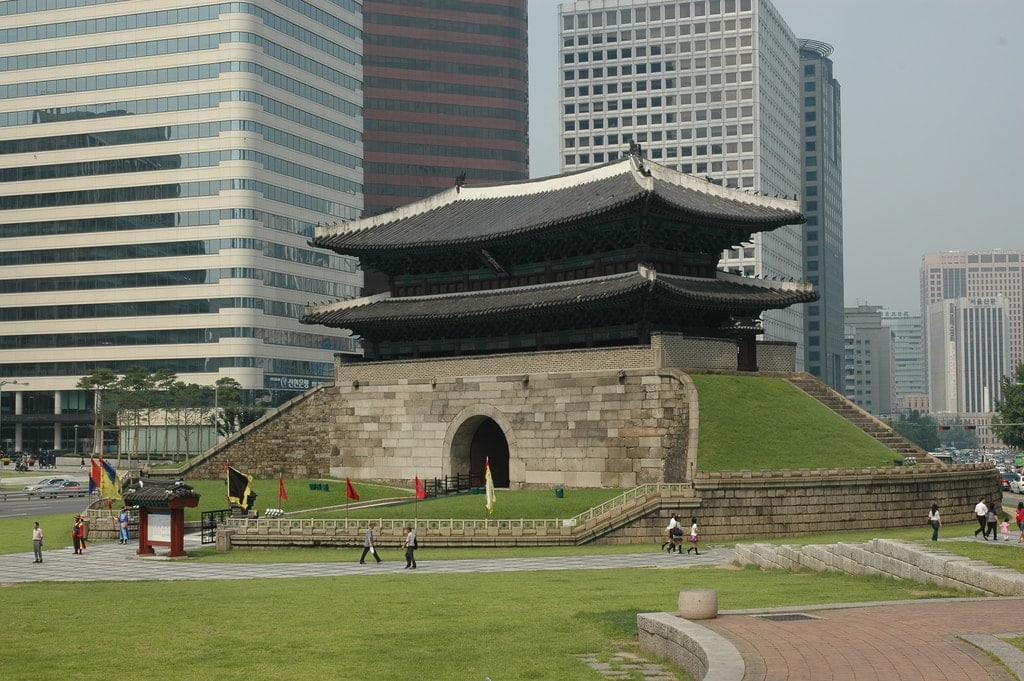 Update (12/02): Looks like an angry old man with a history of arson was responsible. “Chae”, 69, had already been convicted in 2006 of trying to set fire to Changgyeonggung Royal Palace after some sort of land compensation dispute. He is now in police custody.