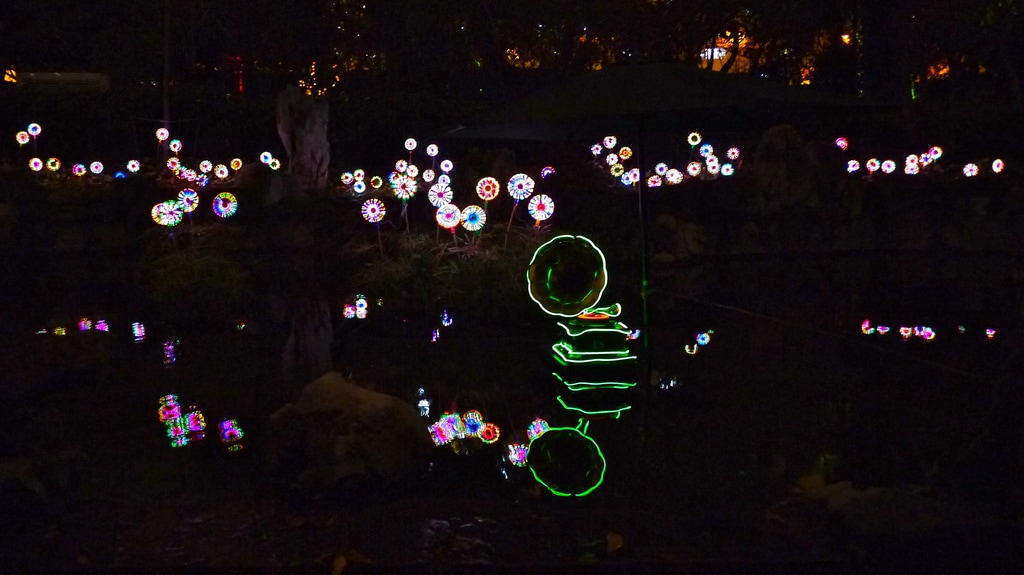 If it were not for some intriguing local history, the area around Lok Fu (樂富) MTR station would be pretty unremarkable as for the most part it’s made up of generic public housing estates. Part of the district was home to the infamous Kowloon Walled City (九龍城寨), which is today Kowloon Walled City Park. The former Kai Tak International Airport was also located in the district and the area is still in a state of transition.

Over a yearlong period, I visited the area three times and below is the first part of a compilation of what you can find on a walk around the local neighbourhoods.

Along one side of Carpenter Road are many side streets packed with small restaurants, many serving Southeast Asian food. Old streets with huge signs hanging over the road like this are gradually disappearing in Hong Kong so I often feel compelled to document them before they’re gone forever. The ones with the square hand-painted boards seem to be the oldest.

Near the south entrance to Kowloon Walled City Park lie the few remnants of the City’s original South Gate and its entrance plaques which were discovered after the renegade settlement was demolished in 1993 (check out my previous article for the history).

Although the traditional Chinese-style park is very pleasant, it’s a pity so little of the original structure remains. At its centre is a fully restored Yamen (a local bureaucrat’s, or mandarin’s, office) which contains a permanent exhibition about the old walled city.

Neon lights burn away into the night, illuminating the street below. Anyone for Taiwan beef noodles?

One of around 40,000 7-Eleven convenience stores you can find worldwide, which makes it an even bigger franchise chain than McDonald’s, with a staggering density of 1 shop per 1.16 km² in Hong Kong! I’m surprised they never broke into the UK.

You can find lots of cheap and tasty food in Hong Kong’s wet markets and at the top of the one in Kowloon City can be found some good Thai restaurants.

I tried a place called ‘Chiangrai Thaifood’ which had some great fresh mango ice drinks (my favourite).

Choose your own adventure in spiciness!

Seafood hot-pot – not really my sort of thing but has an interesting visual texture.

And now for something completely different – a random shot of a car mechanic’s garage door. I found the typography and colours strangely alluring.

As if a park built on the ruins of a lawless city where many a foul crime took place wouldn’t be creepy enough at night, imagine it filled with a spooky light and sound installation as was the case with Power Plant in February 2011, sponsored by the British Council.

Deep in the garden, as dusk falls, an eerie sonic wonderland comes to life where strange illuminations light up the night and the garden is transformed by magical sounds… check out the video above to get a taste of what it was like. Surreal would be putting it mildly.

More about how the exhibition was created in the video below: