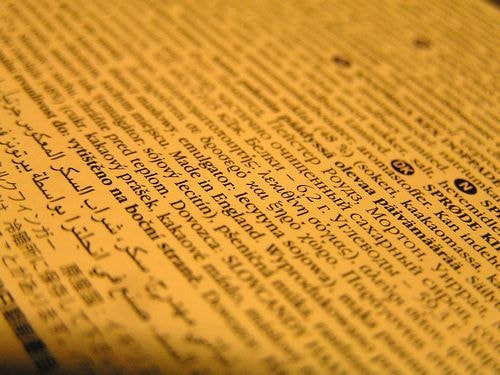 Undoubtedly one of, if not the, hardest things about living in a foreign country is dealing with the language barrier. Unless you’re a natural linguist then life suddenly becomes a blur of indistinguishable sounds which can be quite disorienting at first. In the past, I’ve equated this with going deaf but this is a poor analogy since tone and volume can also be valuable indicators of what someone is trying to express.

While I have more than enough people to talk to in English I have found that living without a strong command of Chinese to be quite isolating at times. In a sense I often feel like I’m an observer looking down on the lives being played out before me, trying to make sense of it all. The upshot of this is that I am not able to fully engage in life here which is exacerbated by the fact that I will always be labelled as a foreigner and thus treated differently by default. It’s not much better for foreigners who do speak good Chinese either since they become even bigger freak shows for people to gawk at.

People say that the best way to learn a language is to immerse yourself in a natively speaking environment but at the end of the day it’s still down to individual effort and on that front, I’ve not always been a particularly good student so I won’t make any excuses. Still, it’s quite remarkable how far you can get with knowing just a few key words for what one might call a “survival” level of literacy. Given that there are more English speakers in China now than anywhere else in the world the only conclusion I can draw is that they’re just too good 🙂