The DVD of “A Tale Of Two Sisters” (previously reviewed here) that I ordered from South Korea arrived today in perfect condition. Wonders never cease to amaze me how something can be shipped half way across the globe and still cost no more than it would to buy it on the high street (if it were available there). 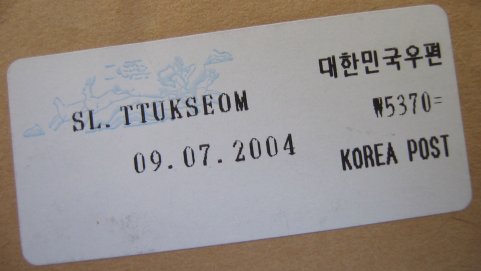 The version I have is the special 2-disc edition which includes a film cell in a numbered presentation card which I thought was particularly cool! Picture quality is perfect although you’ll need a NTSC capable region free player to watch it as it’s been encoded for use in Korea, Taiwan, Hong Kong and parts of South East Asia only. 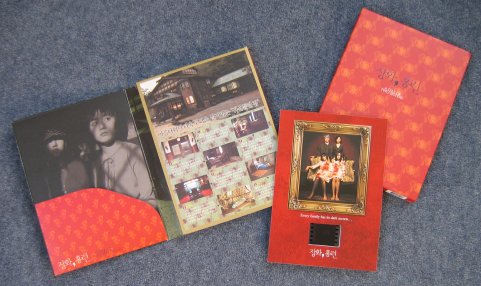 Interestingly enough today also marked the launch of North Korea’s first ever official website. N. Korea is widely believed to be the most secretive dictatorial state in the world with very few actually knowing what goes on inside it. Here’s an interesting article about a man’s experiences when he went there recently. Here’s another about a German Doctor who, in 1999, gained the confidence of the regime and eventually came back to report on the oppression and poverty he had witnessed. This is all in stark contrast to S. Korea which appears to be doing pretty well for itself generally.