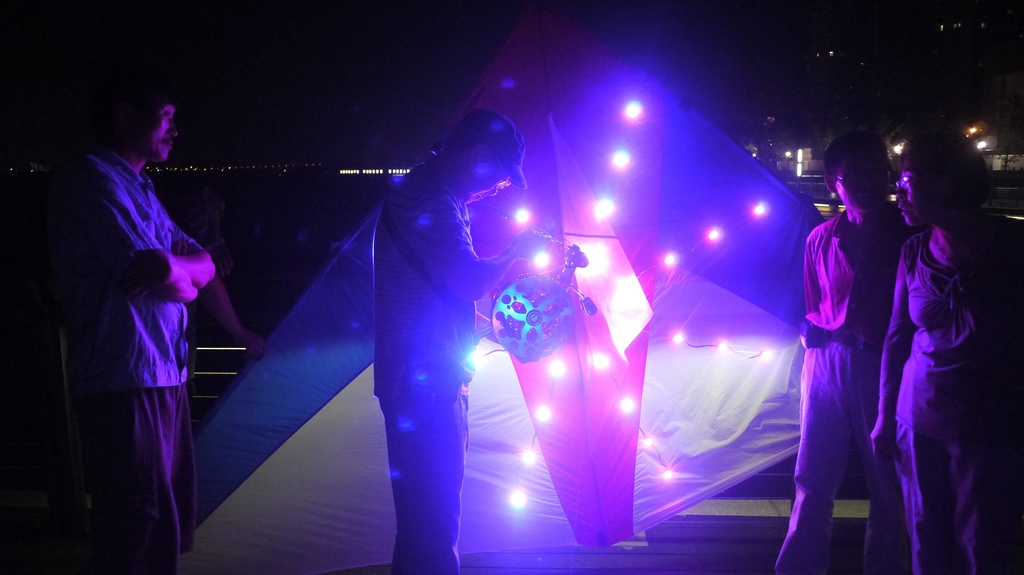 Walk through any park at the weekend in China and you’re more than likely to find groups of people flying wonderfully decorated kites high in the sky. This isn’t a pastime just for kids though, and as I found out in Shanghai a few weeks ago, aficionados of the sport have taken it a step further… 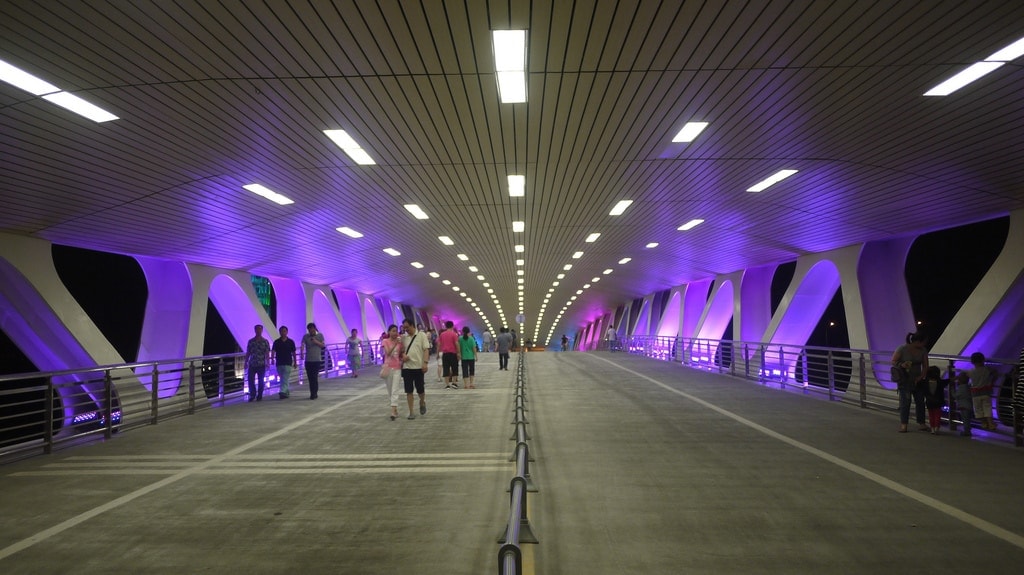 On my way to South Park (南园) I passed over an interesting bridge which had a road on top for cars and a walkway beneath for pedestrians and bicycles. 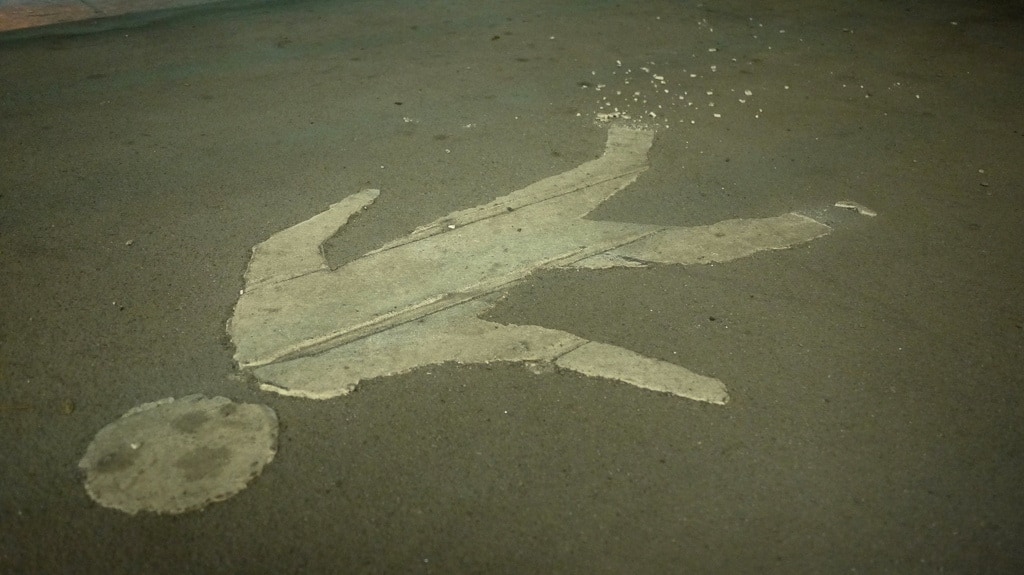 This unlucky stick man seems to have been involved in a serious accident. 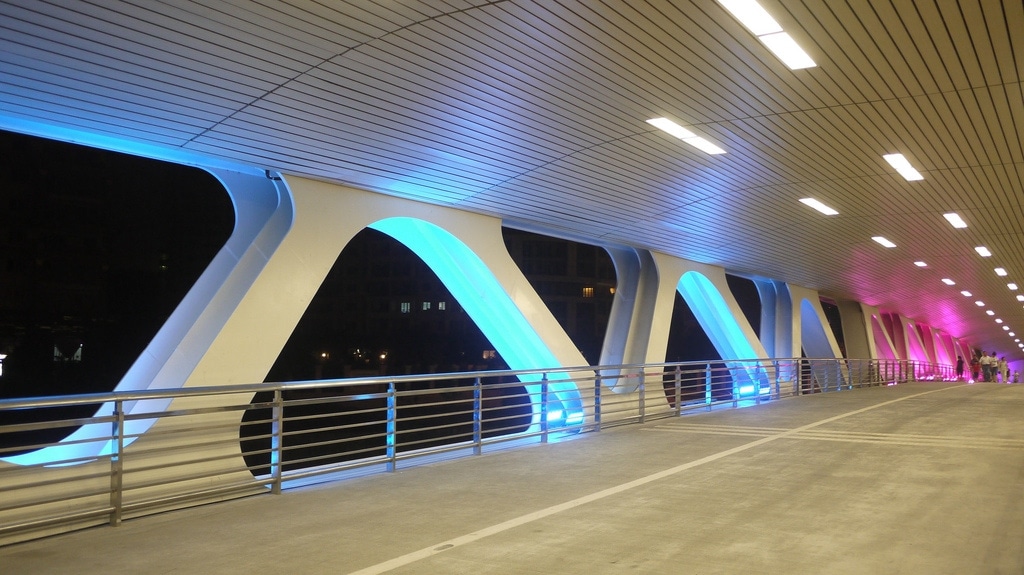 Lit up in burning neon colours the bridge looked pretty cool at night, but beyond it was an even more fascinating sight – hundreds of shimmering lights, arranged in different patterns, suspended on invisible lines in the sky (sadly I didn’t get a good shot). 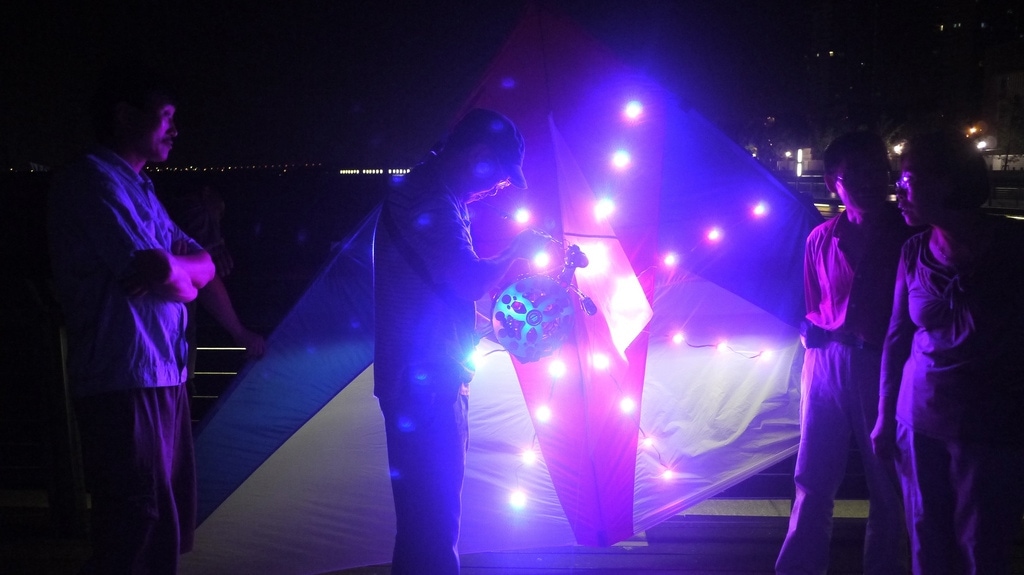 Close up it turned out that people had attached small LED lights to their kites allowing them to fly at night! 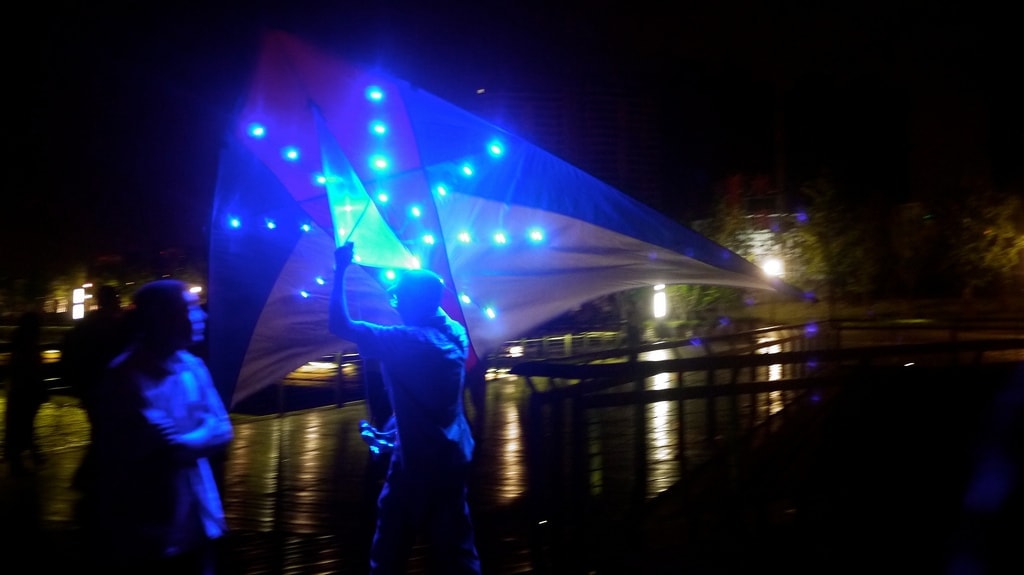 If you want to give it a try yourself you can find kits and pre-built LED kits of Alibaba. I wonder if this will take off elsewhere?