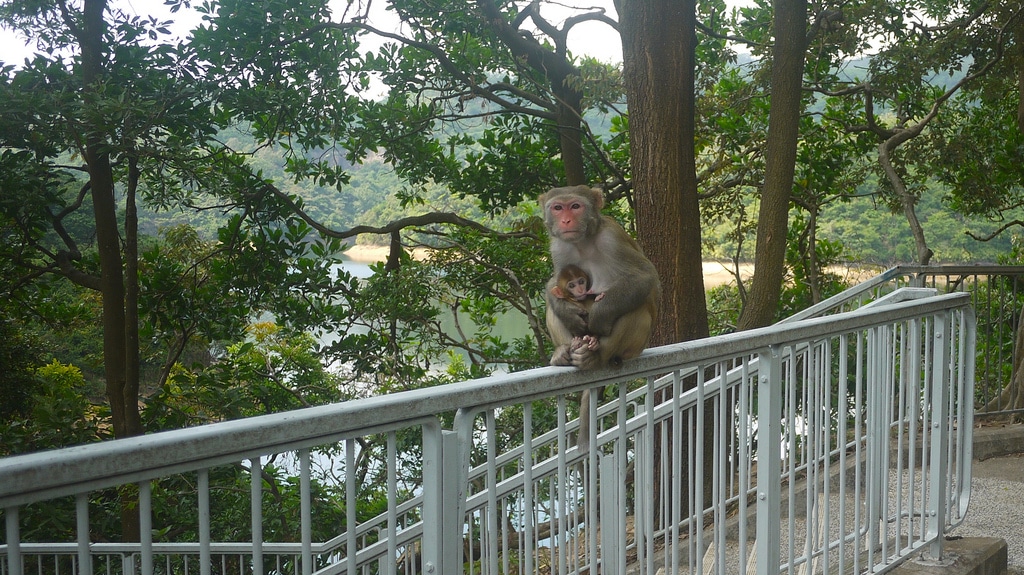 A week ago I visited Kam Shan Country Park (金山郊野公園) which is located in the ranges north of Kowloon, Hong Kong. Despite being only a little over 3 km² in size it contains four reservoirs and is most notable for being home to hundreds of wild macaque monkeys. I followed Section 6 of the MacLehose trail which overlaps with Golden Hill Road (金山). Although I had been told there would be monkeys in the park I had not anticipated just how many there would be and as soon as I got off the bus I encountered a pack hanging out on the bridge leading over the road to the park. 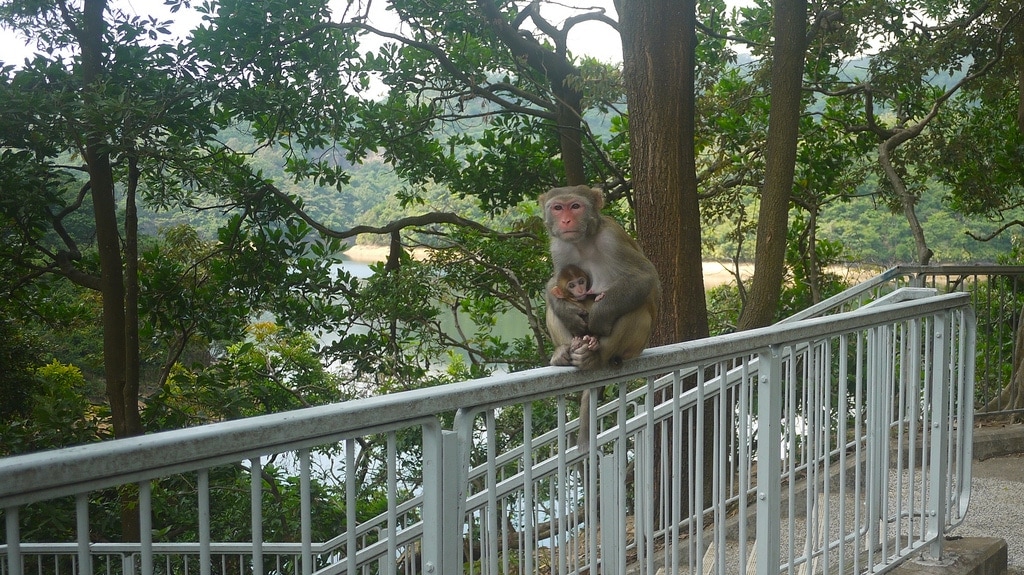 The monkeys did not look particularly hostile but as soon as I raised my camera to take this photo of a mother and child the elder hissed at me and looked on the defensive. I hastily bid my farewell. Known locally as Monkey Hill, there are around 1,800 of the animals within the park who are thought to be descendants of pets released by their owners in the 1920s. There are signs telling you not to feed or aggravate the macaques who have been known to attack humans if provoked. I did try to take a video myself but it came out a bit too shaky! 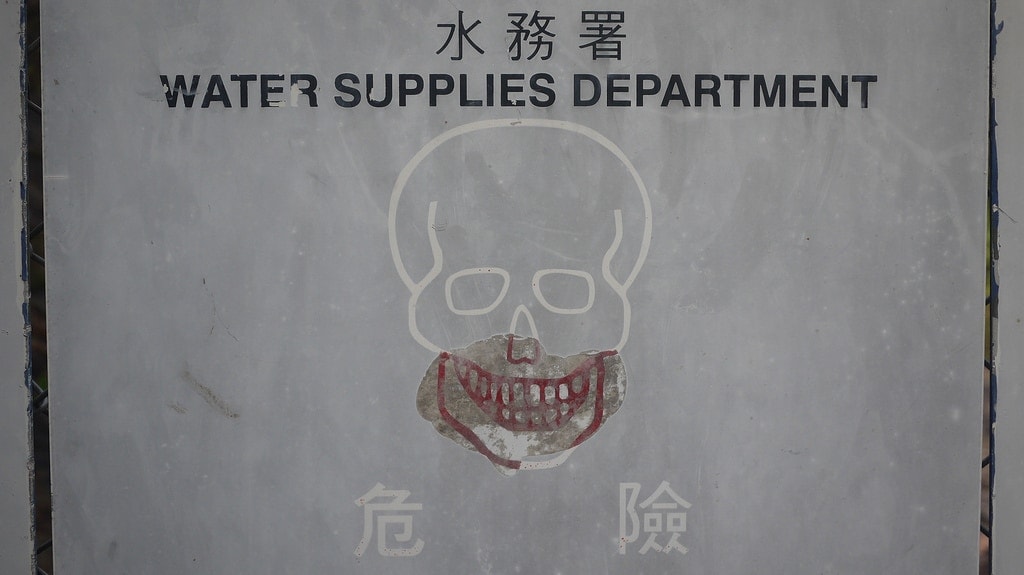 The park also contains a number of fortifications built by the British during World War II with sections named after London streets – I didn’t have time to investigate but others reports look interesting. 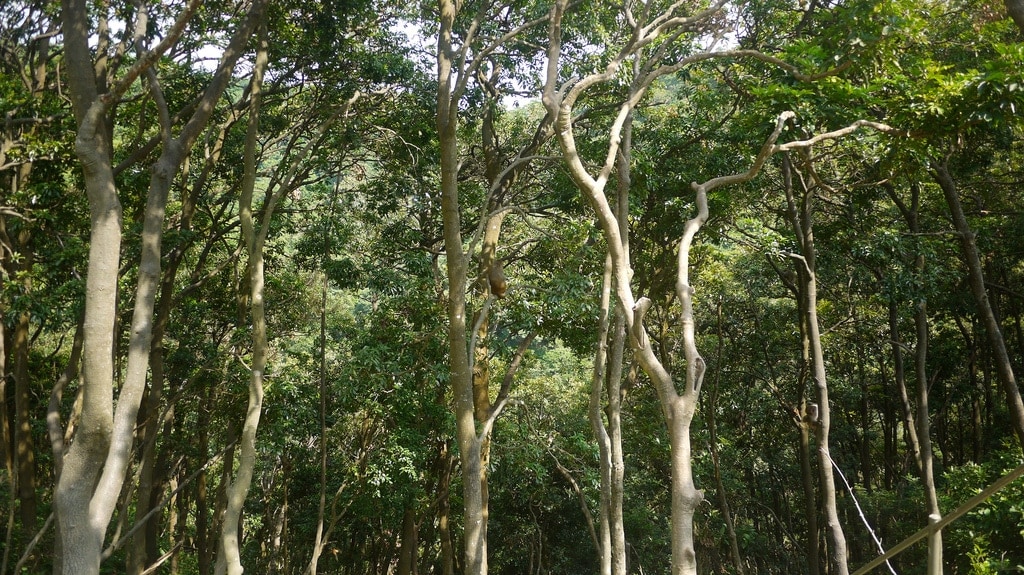 How many monkeys can you spot in this picture? 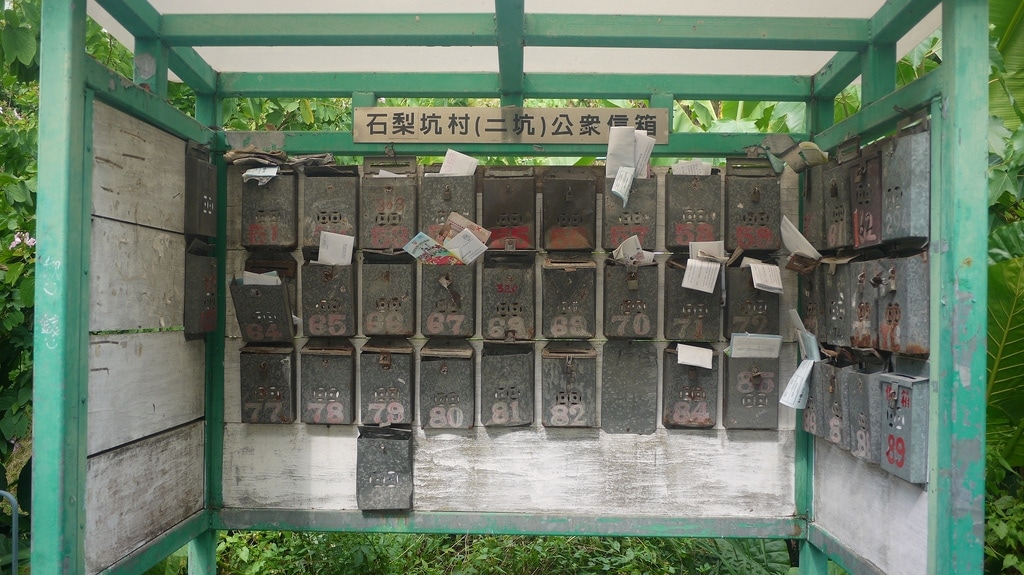 The walk through the park only takes about one hour and is not particularly taxing. More information and details of how you can reach Kam Shan can be found on the Hong Kong government website.