If like me you’re a fan of the late Douglas Adams’ brilliant book, ‘The Hitchhiker’s Guide to the Galaxy’, then (with some trepidation) you will probably have heard of the upcoming film adaptation due for release some time next year. I have mixed feelings towards this because the radio series was (and still is) excellent and I can’t imagine that any big-budget film could ever match the very British feel to the whole thing. I have nightmare images of dumbed-down dialog and flashy graphics which just wouldn’t suit it. 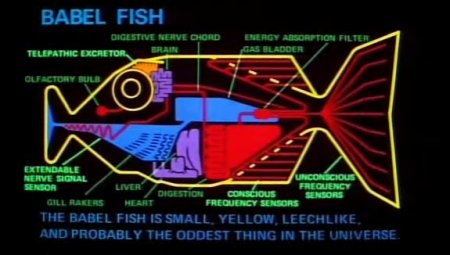 The horribly cheap BBC TV adaptation from the 80’s actually did a pretty good job, mainly because it didn’t try to be something it wasn’t. I’m not totally pessimistic about the new version but it certainly has a lot to look up to. So far early (pre-pre-) previews have been good but where things will go is anyones guess!