If you’re not Korean and can pronounce “Gyeongbokgung” (without hesitation) then you deserve an award! Constructed in 1394 and subsequently reconstructed multiple times after Japanese invasions, Gyeongbokgung Palace in Seoul is one of the Five Grand Palaces built by the Joseon Dynasty. Although only about a dozen buildings survive, at one point the site housed several hundred structures. 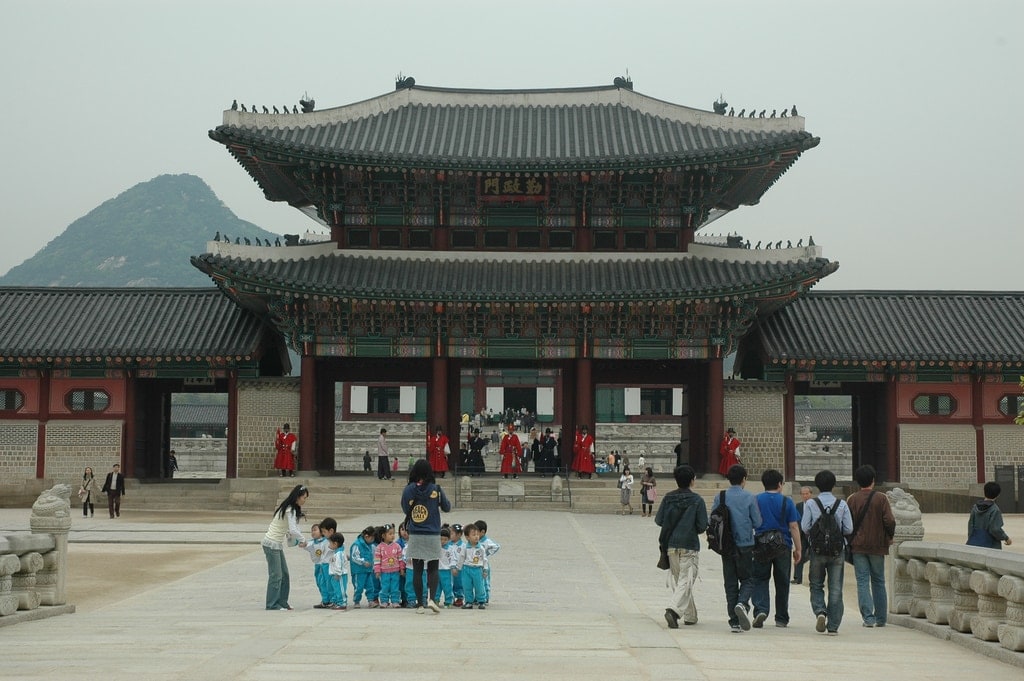 If you’ve been reading my blog over the past few months then you’ll notice a number similarities between the architecture here and that found in China. It’s interesting to see how the variations in style and their historical evolution is reflect in both cultures which have both strikingly modern and old sides to the urban environment. Whilst architects have always looked to the past for inspiration this isn’t always a necessarily a good idea (Beijing has some of the most ugly newish buildings I’ve ever seen) … but I digress! 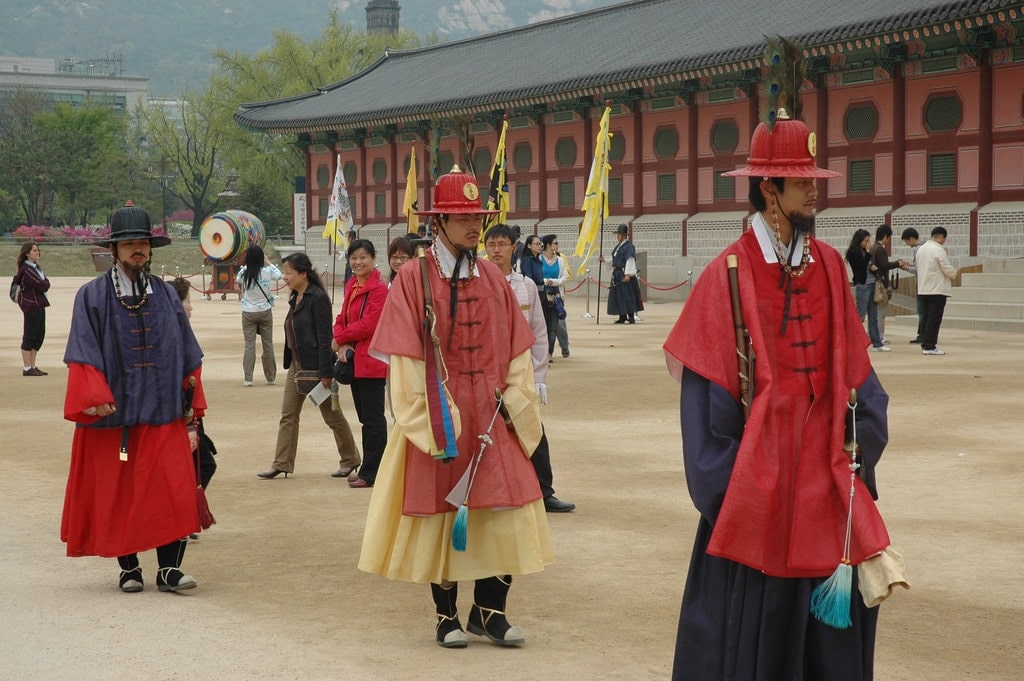 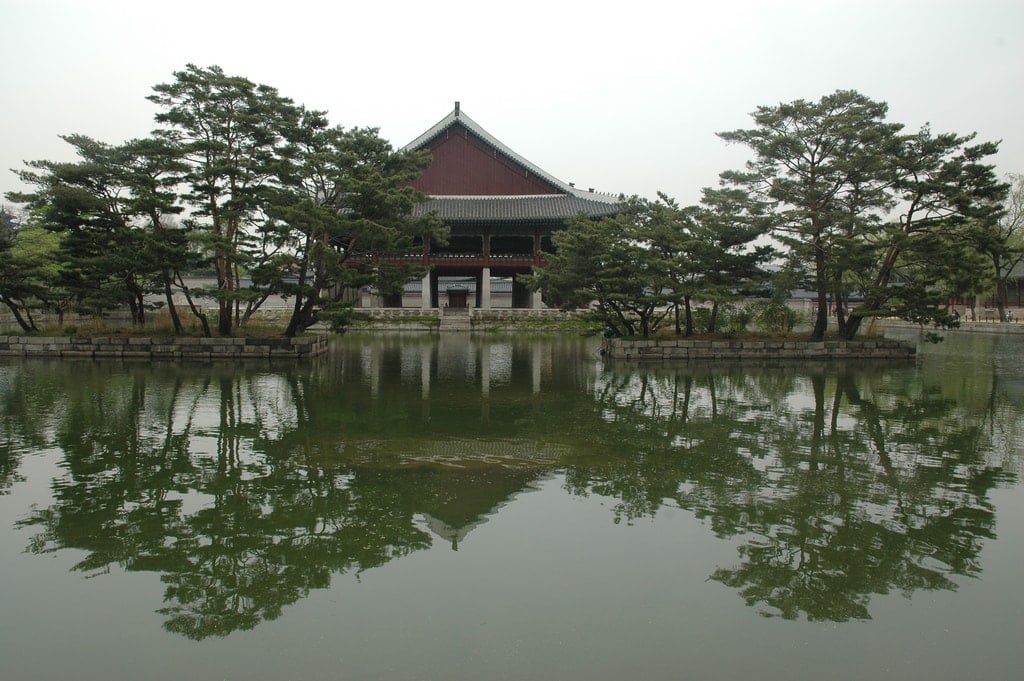 Even though it was another hazy day it was nice to visit a historic site that wasn’t overrun by hordes of American tourists or streams of tours all with megaphones! There was something of a relaxing beauty about Gyeongbokgung which, although heavily restored, endeared it to me where some other more stark sites had not. 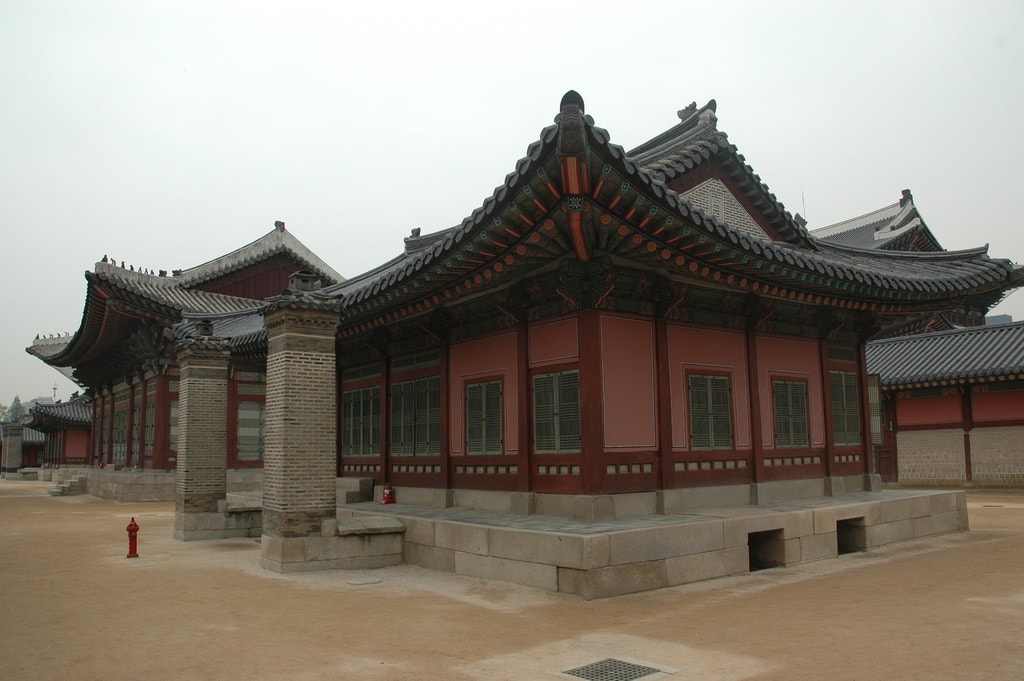 Also situated in the grounds of the palace is the National Folk Museum of Korea which gives an interesting overview of the history of Korea and its people – worth a visit, all displays also have English explanations.