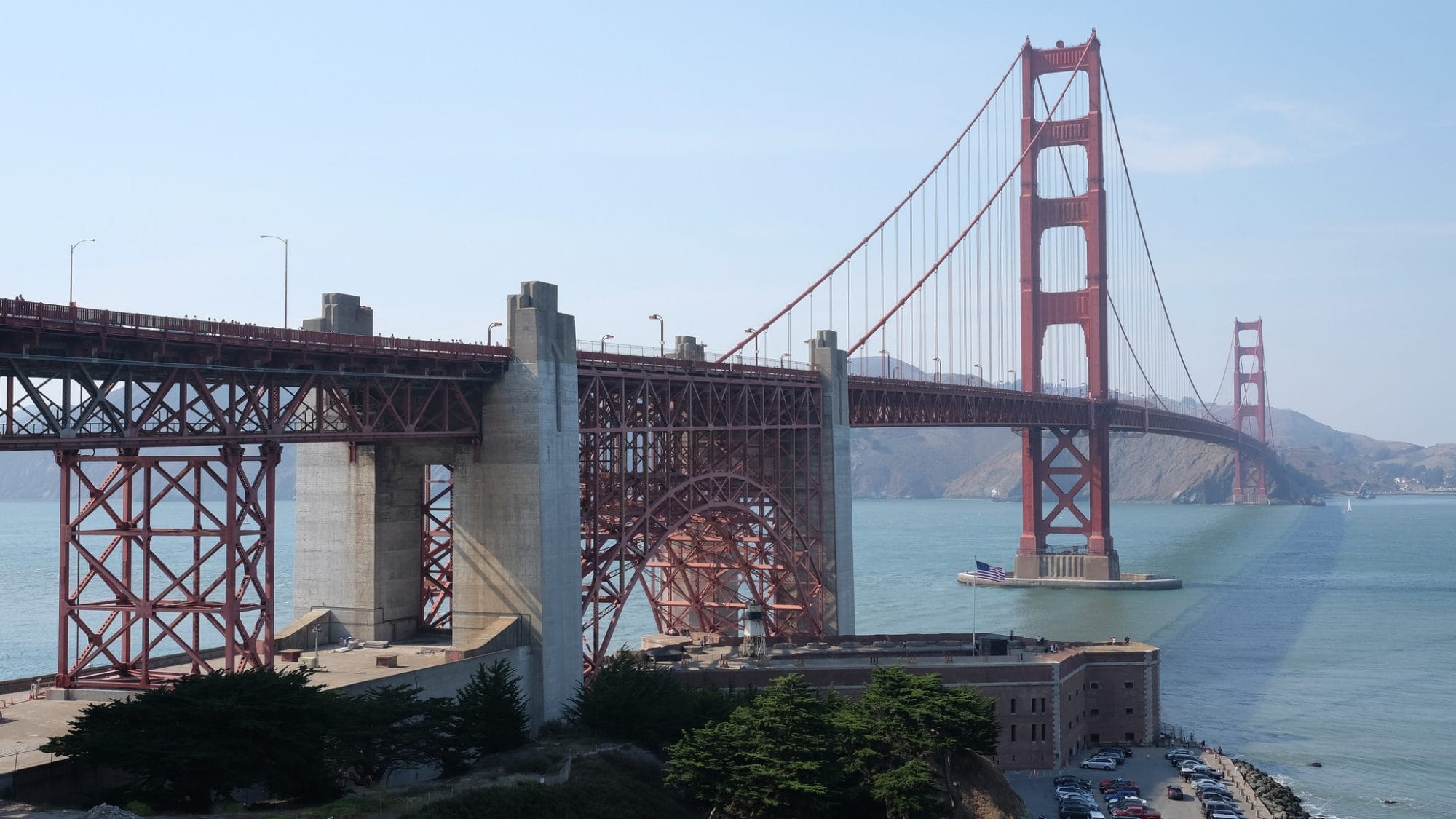 During the summer I spent two weeks in San Francisco for work and on the first weekend had a chance to visit the sprawling Golden Gate Park. Configured as a rectangle, it’s similar in shape but 20% larger than Central Park in New York, with over 1,000 acres of public grounds.

Having traversed the city’s unpredictable public transport to reach the park, my first port of call was the De Young Museum which was completely rebuilt in 2005 and is clad entirely in copper.

Its slowly oxidizing surface is eventually expected to take on a greenish tone to echo the nearby eucalyptus trees.

The museum’s distinctive observation tower is freely accessible to visitors without needing to pay an entrance fee and provides great views over the Music Concourse and beyond the treetops to the Golden Gate.

Hidden in the museum garden is a permanent installation by the artist James Turrell which consists of a room with a large hole in its ceiling open directly to the sky. The room, known as a skyspace, allows observers to look at the sky in such a way as though it were framed.

The Golden Gate Park was planted on sand dunes in the 1870s and required substantial irrigation. In 1902 two windmills were built to pump groundwater and, although later replaced by electric motors, have been restored to their original condition.

I hired a bicycle for a few hours to explore the park more fully and ended up at Ocean Beach.

Rounding the corner of the peninsula you eventually end up at the Presidio, a former military base, now a national park which connects to both the Golden Gate Bridge at one end and the Palace of Fine Arts at the other.

The Greco-roman style rotunda and colonnades were originally built for the 1915 Panama-Pacific Exposition in order to exhibit works of art. The fictional ruin feels rather like a Disney attraction in the affluent neighbourhood that surrounds it.