Formula 1 is one of the few sports that I quite like watch of a Sunday afternoon when I’m at home – everything else is just boring (where’s the fun in kicking a ball round a bit of grass etc?!). There’s something about watching cars going round a track at 100mph plus with the possibility that they’ll plough into a wall or each other at any second that defiantly appeals. Today was the British Grand Prix, held at Silverstone, no prizes for guessing who won! Although the weather wasn’t spectacular it could have been a lot worse and there were a few hairy moments with a pretty spectacular cash for Jarno Trulli who luckily walked away unhurt. 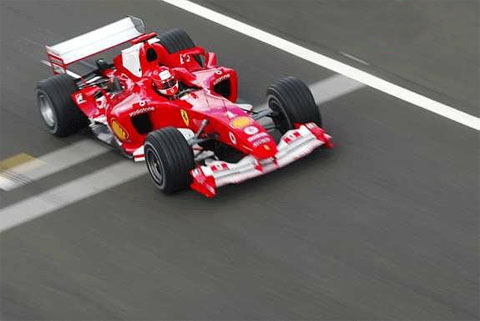 After a show drive through central London by a number of old drivers the other day there has been talk of the British Grand Prix moving to capital which to my mind sounds like a great idea if the logistical problems could be worked out not to mention the financial implications. A proposed map of the route the race might take can be seen here.