Stumbled across a cool little cartographic project yesterday called the “Fool’s world map“. It’s basically meant to represent the world as viewed by a ‘fool’ – if you know someone who thinks Disney Land is a state in America or that Atlantis actually exists then this is for them! 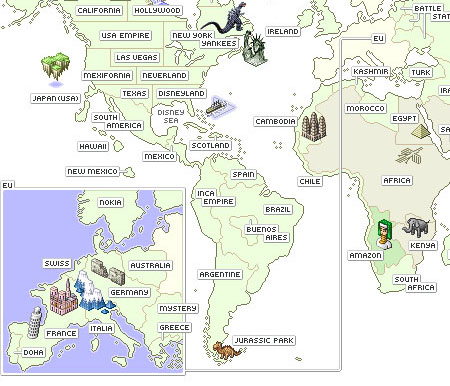 Although very funny it’s actually quite scary to think that some people actually have a picture of the world in their mind not unlike what has been represented here. I imagine most of them are American. Even scarier is that fact that some people around the world, notably in places like North Korea, have very little idea of what going on outside their immediate place of residence at all.