What happens when you take a bunch of hardcore Trek fans and too much spare time? You go and recreate the original series, only with worse acting and some questionable special effects – obvious really! Fans never fail to amaze me with their devotion to a particular film/tv series. For a production studio a cult following is the best they can ever hope for as we’ve seen with the likes of Star Wars, The Matrix, The X Files and so on. Fan films are rife on the net – most are unfortunately pretty terrible but therein lies their entertainment value. Hit the pic below if you feel so inclined!

At heart I’m a bit of a gadget freak. I love cool stuff which looks good and does something useful – my Apple PowerBook G4 12 would be a perfect example of this – how do they manage to pack so much functionality into such a small form factor? When it comes to mobile phones mine is now a little dated (its a Samsung A300) but it still does the basic job it was designed for although it suffered a nasty bang last summer and has a crack down the front screen. I was having a little look at new ones yesterday and am very tempted by the Sony-Ericsson T630 – its got a nice 65,536 colors TFT screen, a camera and bluetooth wireless capabilities (handy for talking to the PB). 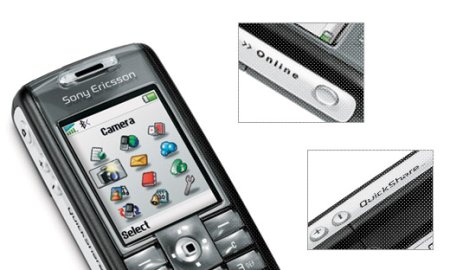 Maybe I’m a sucker for expensive consumer electronics but the thought of being able to blog on-the-go as it were is appealing? If you’ve had any experience of using this phone please comment! If you’re into gadgets then you may like to check out gizmodo.com.