Went into Newcastle yesterday for a couple of things and was struck by – a) the abundance of small shops with ironic names, and b) the rate of urban renewal taking place just about everywhere. 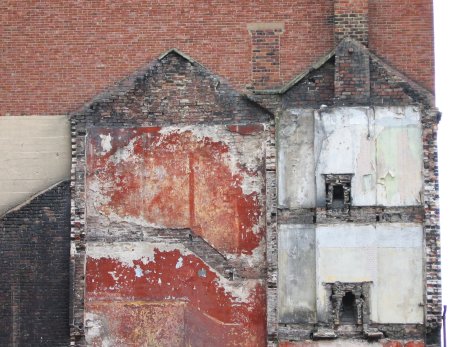 Exhibit A. The imprint of an old building juxtaposed against a modern horror.

New buildings are springing up all over the place, mainly being of the expensive penthouse variety. Meanwhile, the Starbucks/Subway/O’Brien’s of this world are moving in on their prey to conquer the high-street (N.B. if anyone knows could you tell me what actually delineates an Irish sandwich from any other sandwich?). It’s a sad state of affairs really. 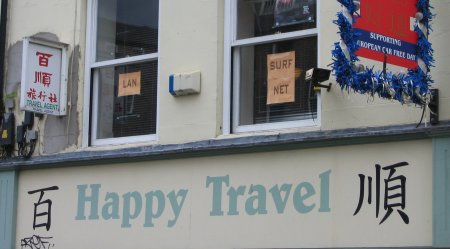 There is still room for the local retailer but week-by-week, day-by-day they slowly disappear and are replaced by generics (my new phrase for American-owned chains). I guess if we took it to extremes there would no longer be any need to ever visit different cities etc because they’d all be the same! 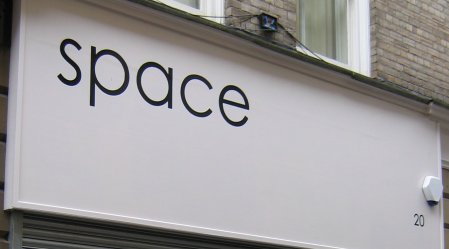 Exhibit C. Space. Lots of it.

I guess Newcastle wasn’t ready for the likes of ‘Space’, a rather swish interior design outlet. To my mind the name was a self-fulfilling prophecy as today that’s all it is! Perhaps they should have relocated to the new “Baltic Quay” development just down the road, purpose-built for trendy young people with too much money. The literature on their website cracks me up, e.g.:

“With a trend toward people wanting to live and socialise in the same area, Baltic Quay provides a cosmopolitan approach to 24-7 living with a residential complex complemented by an exclusive mix of bars, cafes, restaurants and a late night multi entertainment venue all within one space.”

Do these people ever sleep? I watched some program on TV a while back where they predicted in the future we won’t have to sleep because we’ll be able to take some pill which does pretty much the same thing. I can’t think of anything worse.