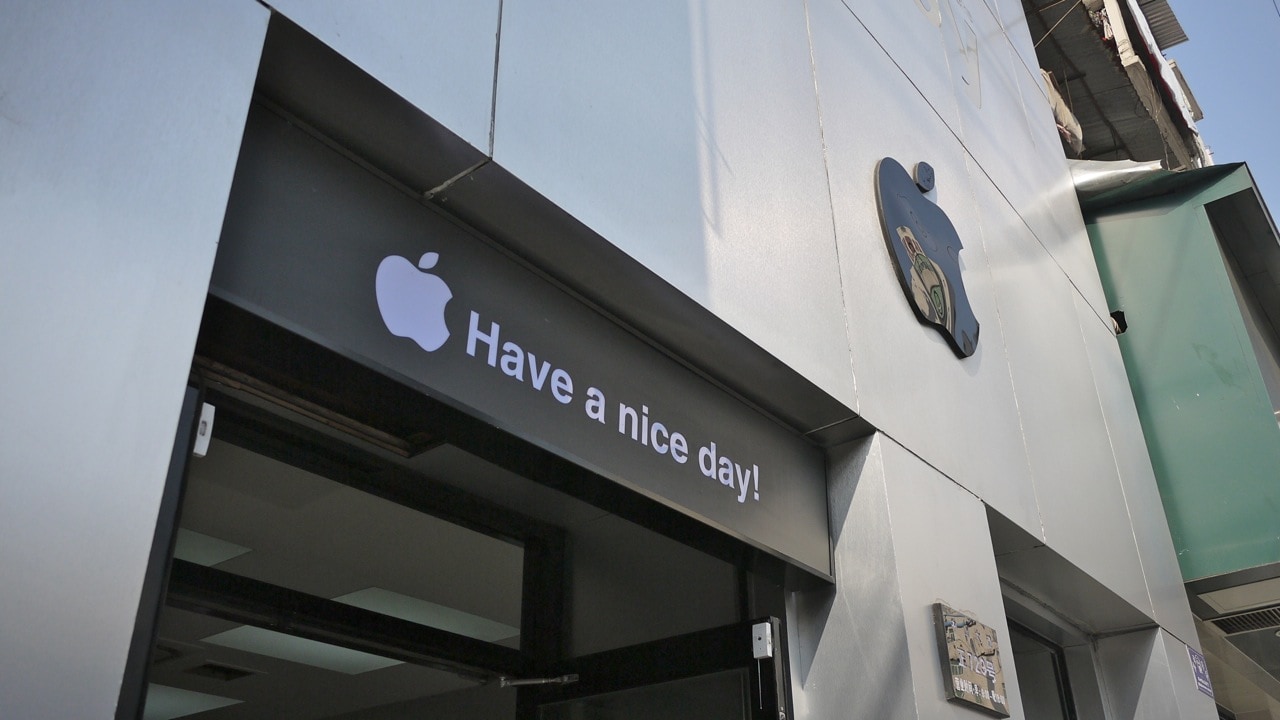 Back in July 2011 a story about a number of fake but extremely realistic Apple Stores in Kunming, China spread around the main western news outlets after an expat blogger posted photos of them online. The wide exposure of the story lead to Chinese officials shutting down a number of the offending copycats but what seems to have been missed in this story is that you can find similar fake stores all over China… 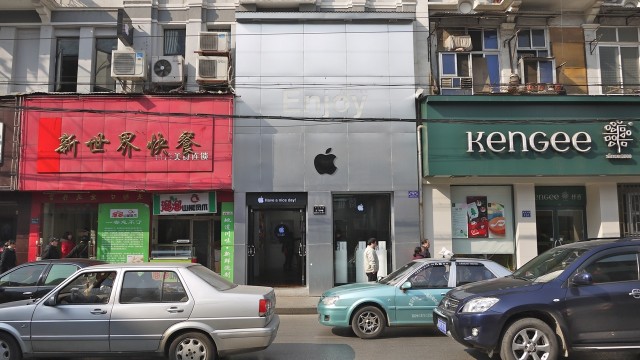 On a recent trip to Wuhan I came across a street containing no-less than eight electronic shops trying to pass themselves off as ‘Apple Stores’ and one in particular which had gone to great lengths to copy Apples signature style. 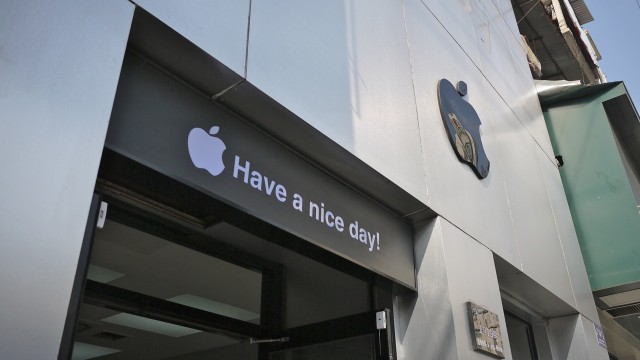 This shop did an OK job of the brushed aluminium panels, but the “ Have a nice day!” sign above the door gives it away. 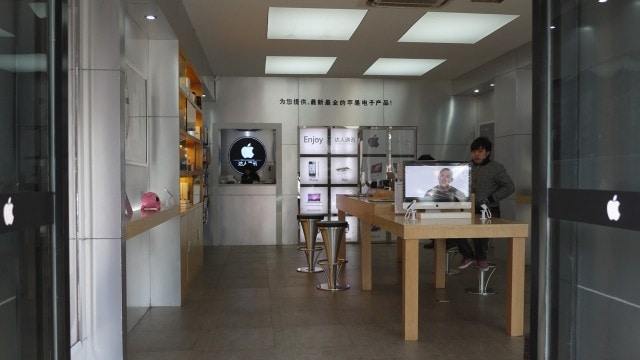 Inside the wooden tables and stone flooring look fairly authentic but nothing else seems quite right. Plus points for playing the Jony Ive video on the iMac though! 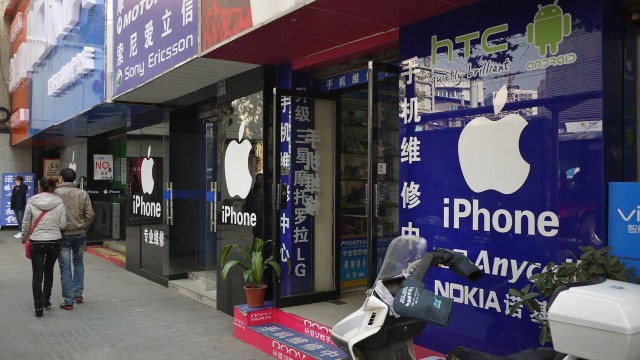 Further down the street there seems to have been a desperate attempt to slap iPhone logos on every available surface. I especially like the Android logo they’ve sneaked in on the blue one! 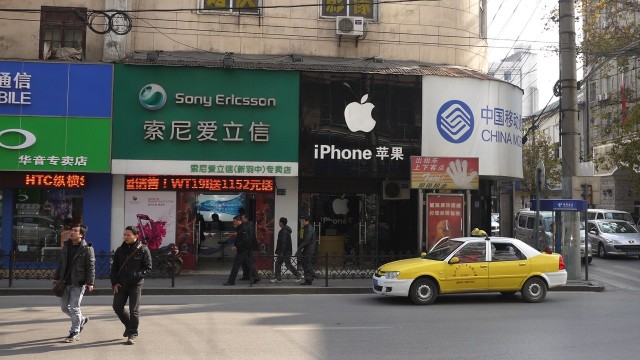 I wonder how much credibility these tiny stores get from the Apple brand, especially given that none are authorised resellers, although they do seem to be selling genuine Apple products (where they came from is another matter). 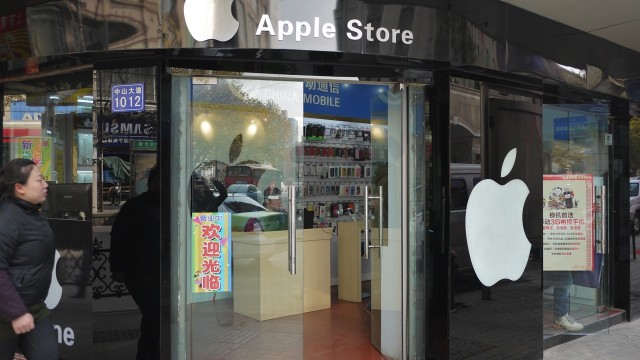 While it might say ‘Apple Store’ on the outside, on the inside it seems to be a China Mobile reseller instead. 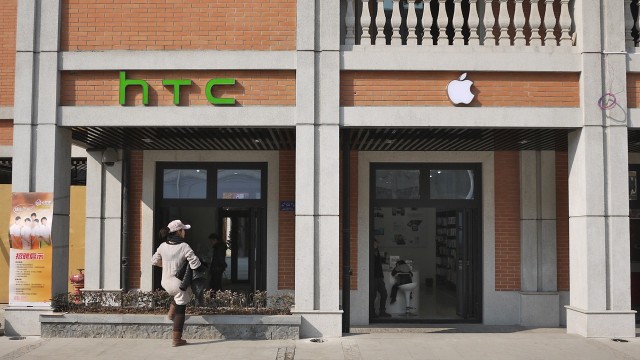 A combined HTC & Apple Store? I don’t think so. 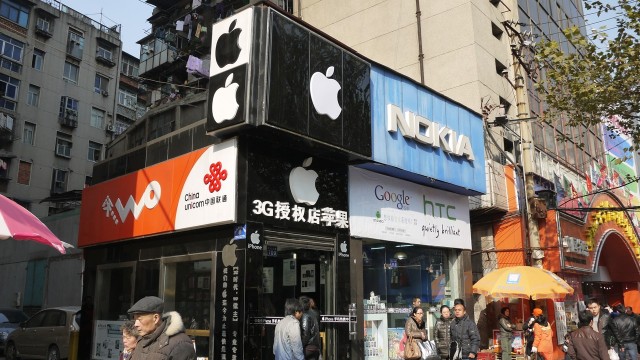 As I wandered down the street taking photos I spotted two police officers (or possibly security guards) behind me who seemed to be paying undue attention so I sped up and made my escape. It’ll be interesting to see how Apple tackles this as they expand in China which is expected to become their biggest market in the next few years.