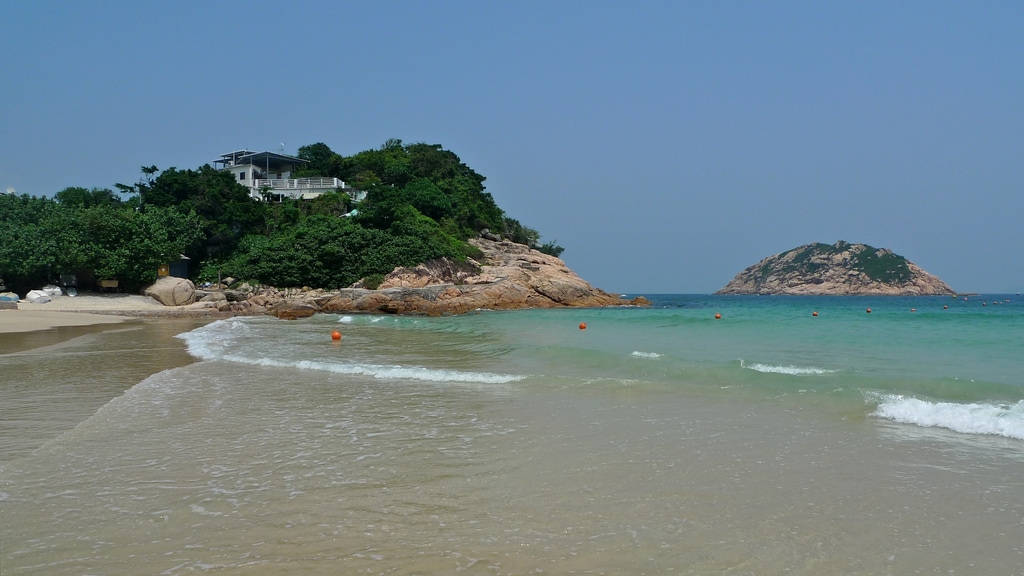 As in may parts of the world May 1st is a national holiday in China. I’ve learnt from bitter experience that during holidays in China it’s best to avoid popular locations since you’re more likely to be greeted by hordes of people rather than beautiful views… 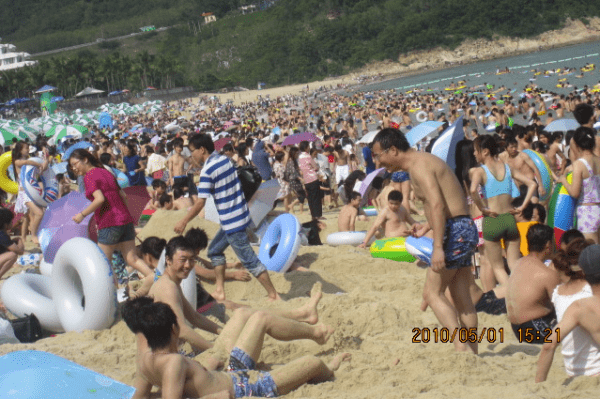 Some friends decided to go to the beach near Shenzhen and this is what greeted them – a the old saying goes it was quite literally “People Mountain, People Sea“. Not for me thank you! Instead I decided to head south with a German friend to Hong Kong for a relaxing walk in the mountains and a chance to escape the crowds. Out first port of call was Shau Kei Wan, a town on the south-eastern side of Hong Kong Island, accessible by the MTR. 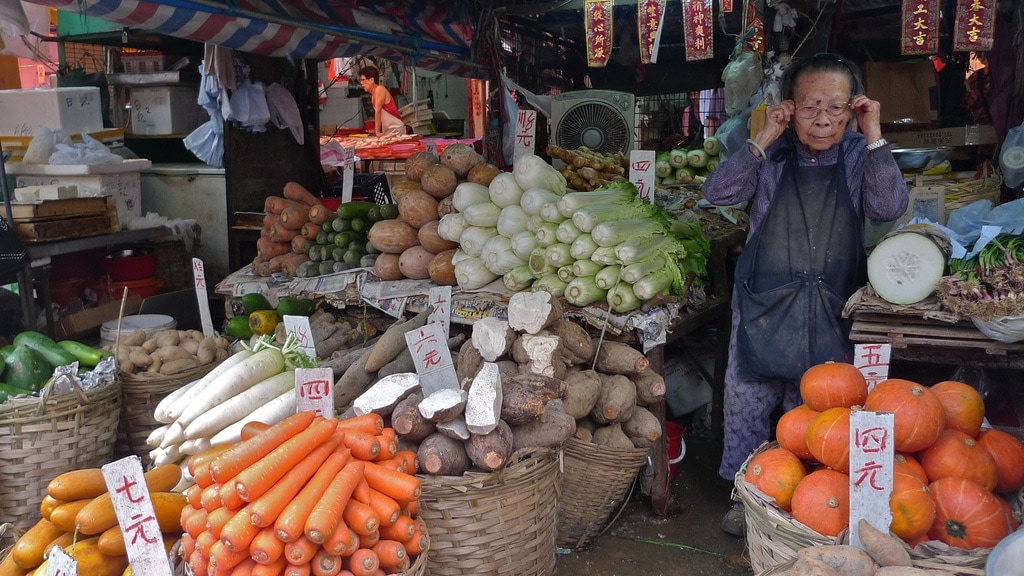 While we were waiting for a bus we briefly explored the bustling wet market nearby where interestingly most of the stalls seemed to be staffed by ancient looking women who looked like they’d been there for some considerable time! 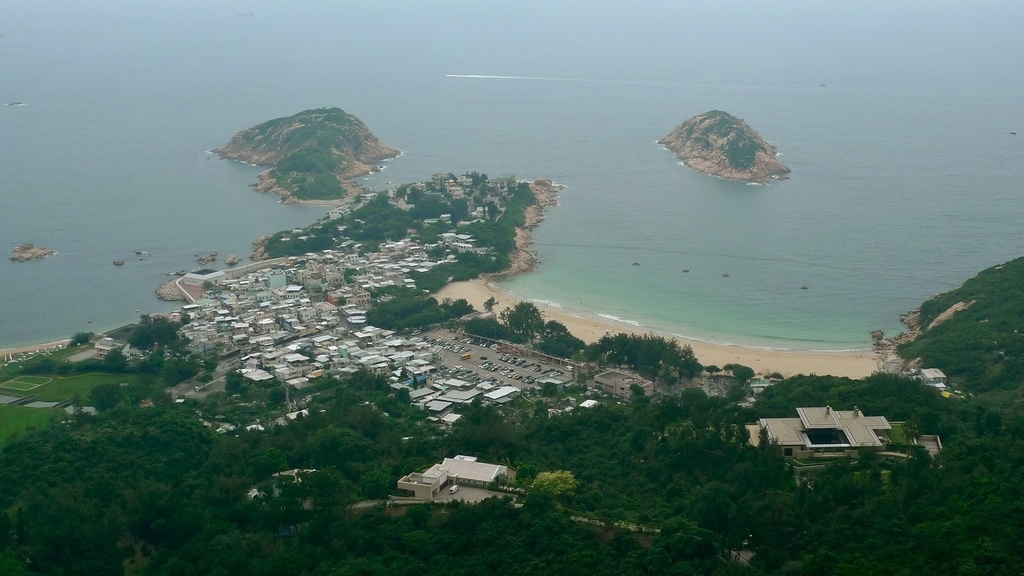 From Shau Kei Wan we took the no. 9 bus to the beginning of the “Dragon’s Back” hiking trail – about 10 minutes away. If you go the same way be sure to keep your eyes peeled for the right bus stop which is next to a wooden signpost on the left side of the road just past a car park on the right with a view towards Tai Tam. 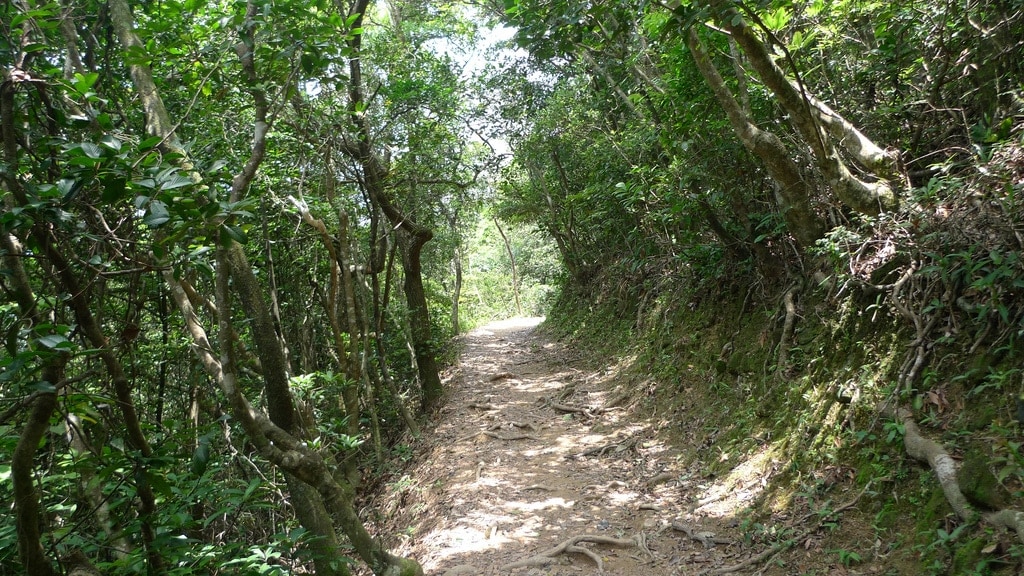 The trail takes you along a spectacular undulating ridge between Wan Cham Shan and Shek O Peak with a mixture of exhilarating views and lush forests (panorama) – no wonder it was rated the “best urban hike” by Time Asia. Along the way we saw a paragliders and model aeroplane enthusiasts enjoying the thermals generated from the water below in the hot weather. 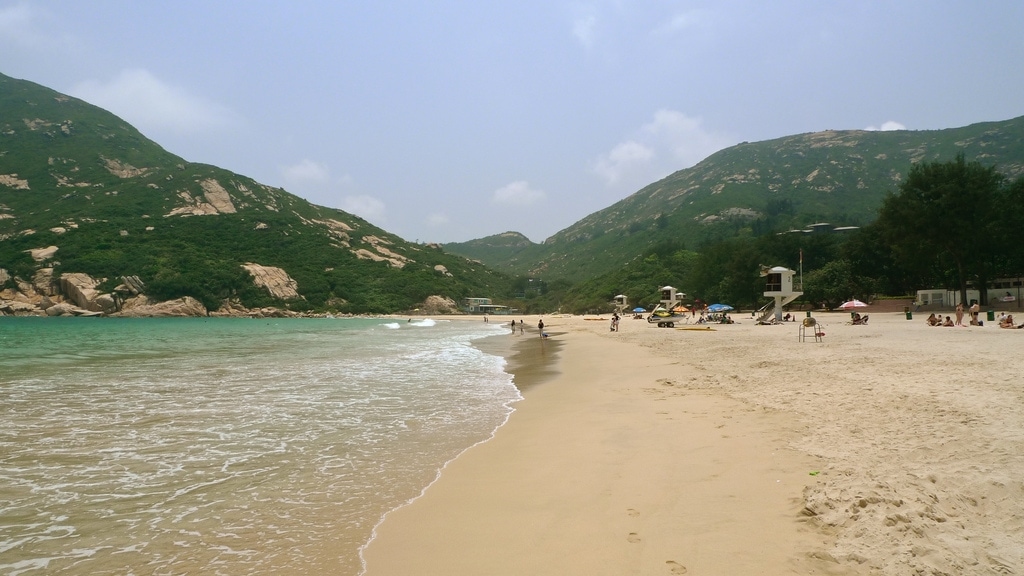 The trail takes about 2 hours to complete and is a pretty gentle walk suitable for most ages and abilities. At the end we took the same bus to Shek O Beach at the end of the route which for a beautiful day was surprisingly quiet (especially compared to Shenzhen!). 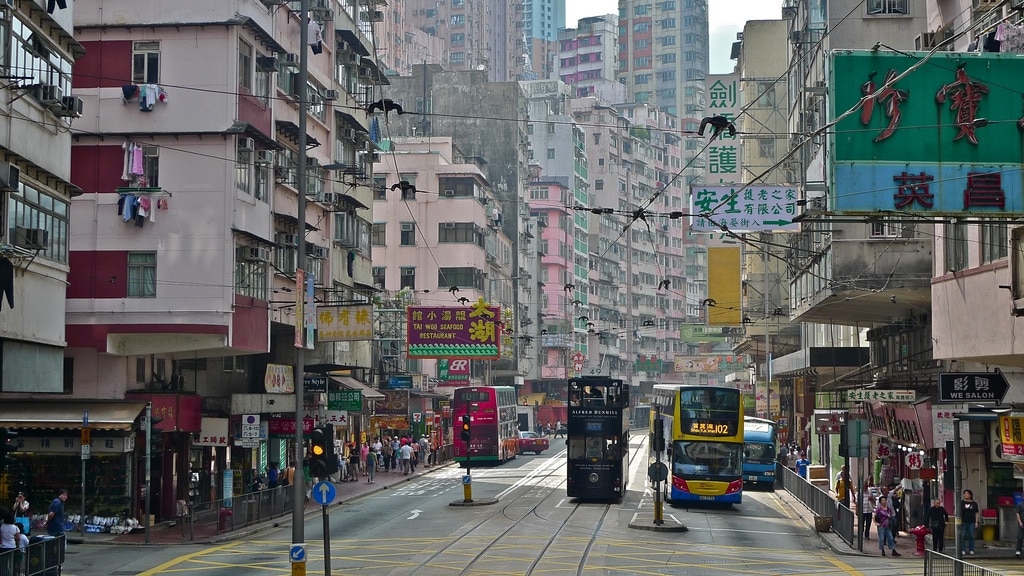 After an impromptu snack for lunch we headed back to Shau Kei Wan and took the old tram all the way to Sheung Wan. Although it’s quite a long journey on a warm lazy afternoon day there’s no better form of transport in HK and the ride gives you a chance to glimpse the various districts along the coast (I’ll include a video in another post soon). Before heading back north we took the chance to gaze upon the view of Hong Kong island from Kowloon – one that I’ll never grow old of. It’s nice to know that despite living in a city of more than 15 million inhabitants that you can still find the occasional oasis of calm.