As luck would have it, on the second day of my new years trip to Guangzhou I came across another fascinating old district not far from Shamian Island. Walking north-east from the island you reach Guangfu South Road along which lie countless wholesale fabric and accessory shops but it’s what lies behind them that’s more interesting… 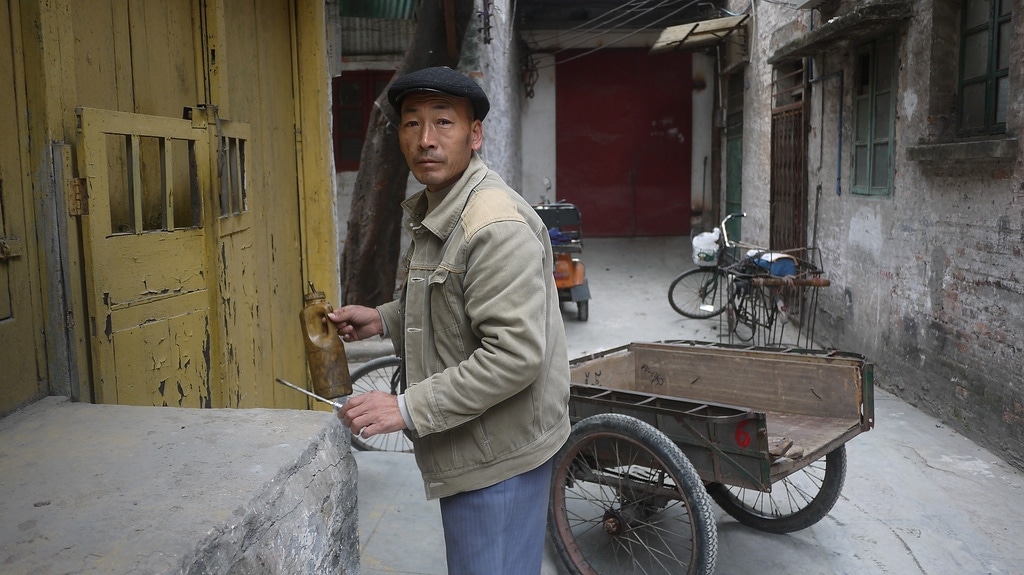 A chap repairs his cart with a screwdriver and a drop of oil. 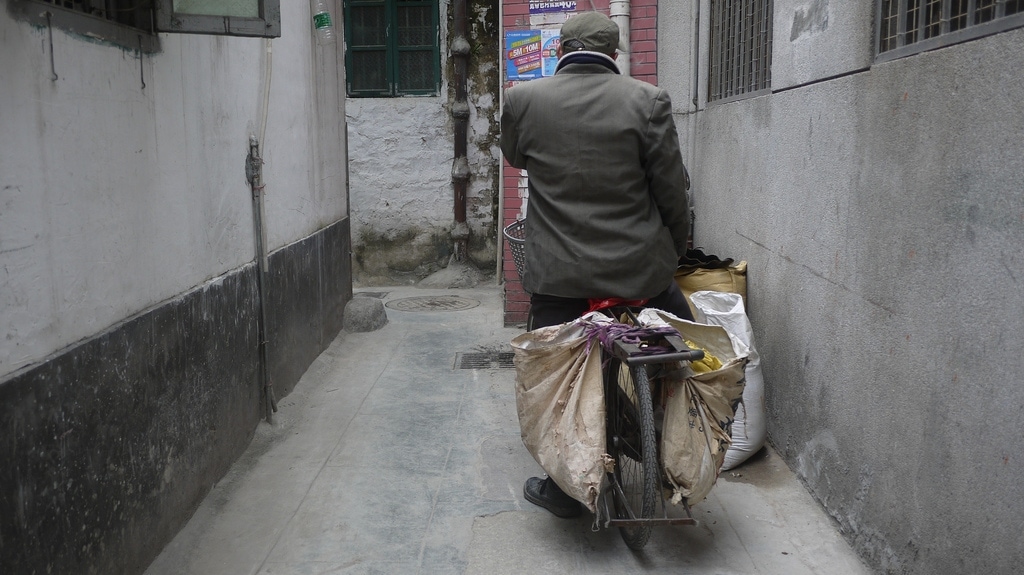 Another stops for a solitary cigarette. 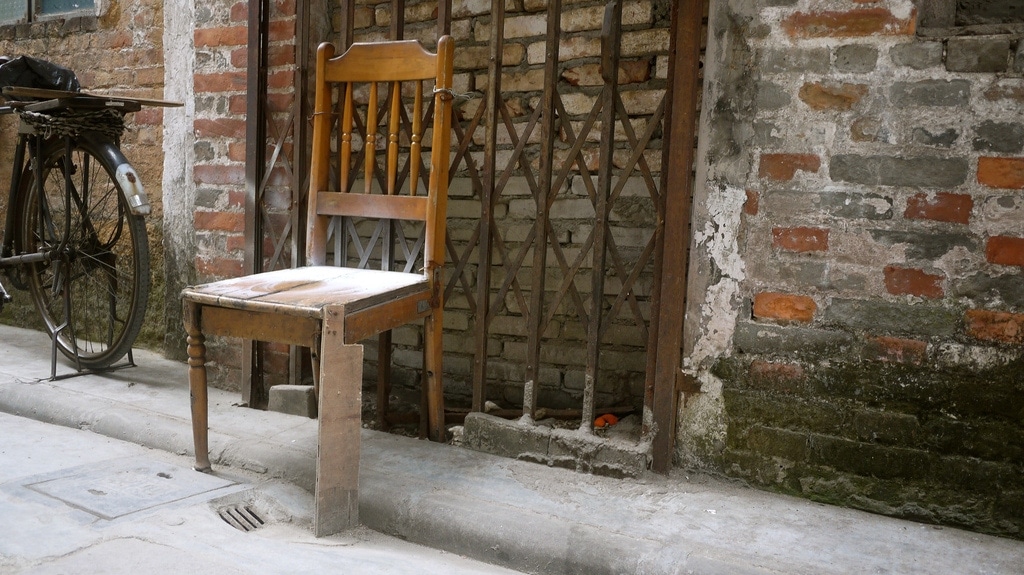 This chair has some life left in it yet! 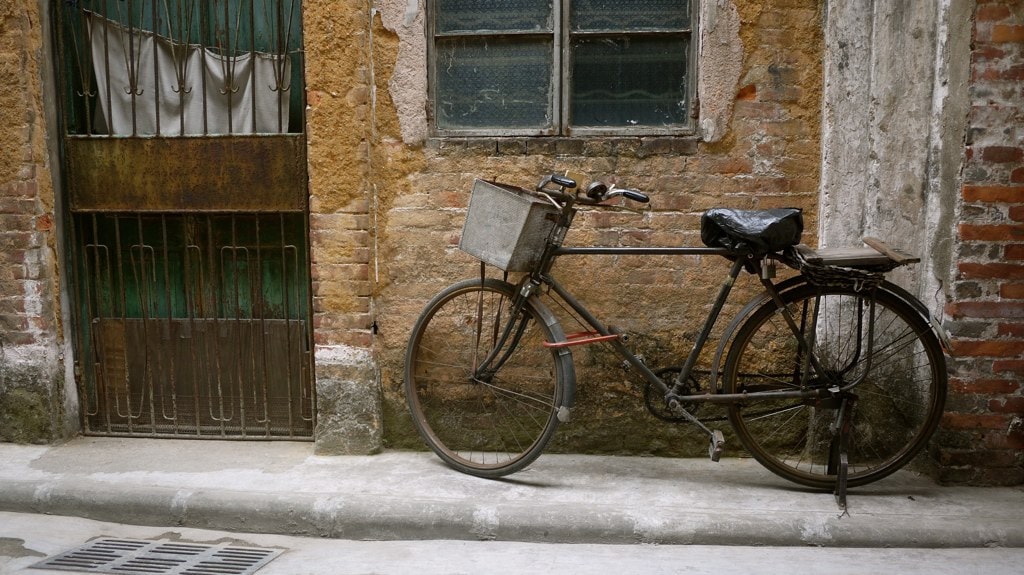 If you’re looking for vintage Chinese bicycles this is the place to come. 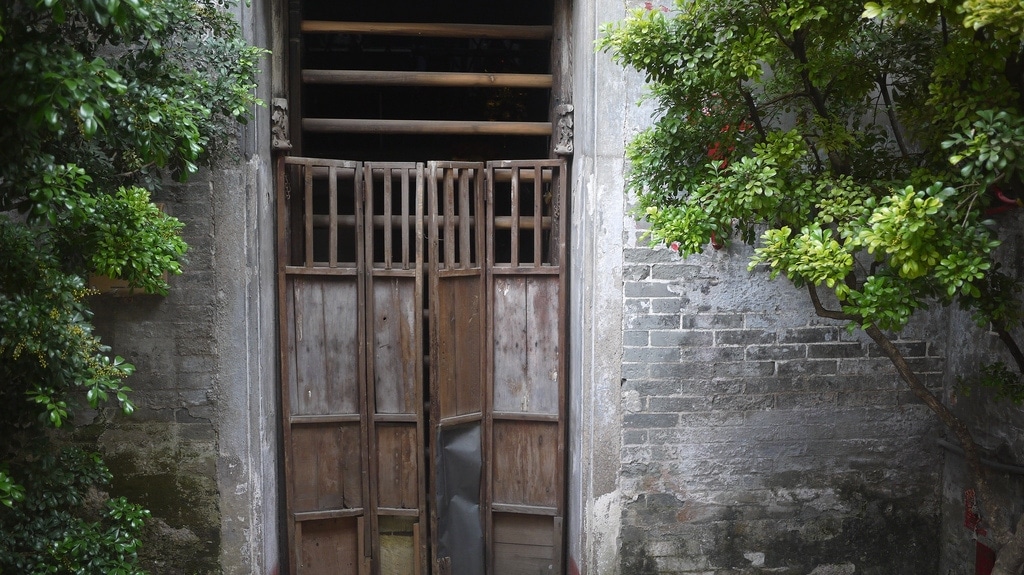 Or ornate wooden doors for that matter. 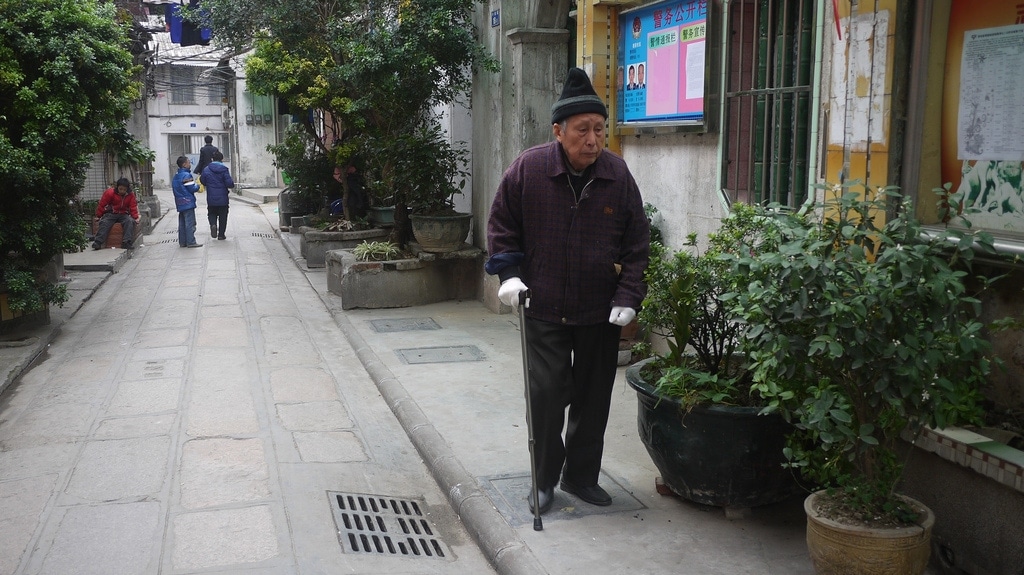 The streets were in surprisingly good repair and had some beautiful foliage on either side. There were plenty of older folks out for an afternoon stroll. I love the fact that neighbours share communal space in these old districts with washing, pot plants and other miscellanea lining the alleyways. 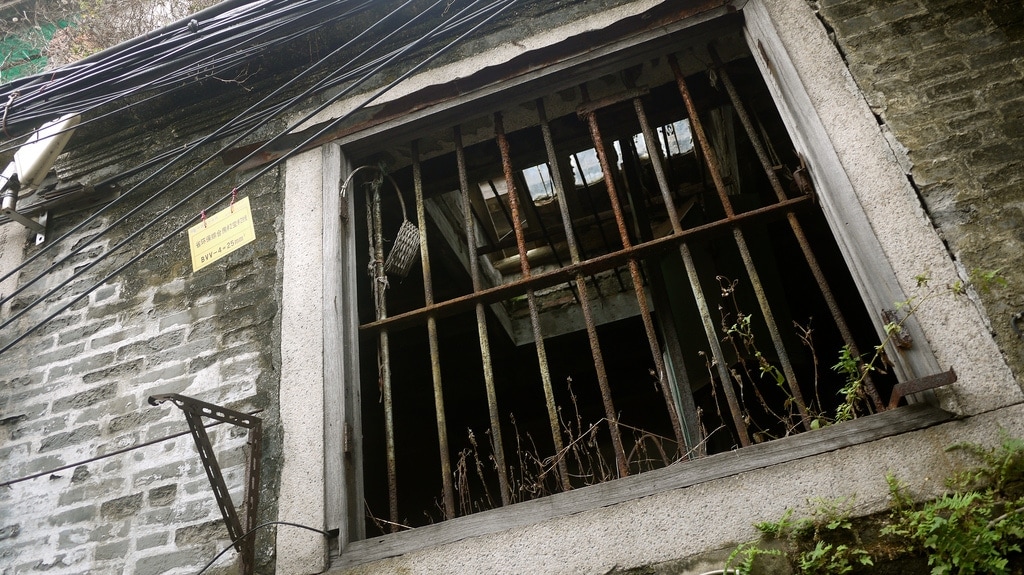 While many of the houses are still lived in by older generations some lie abandoned and rotting. 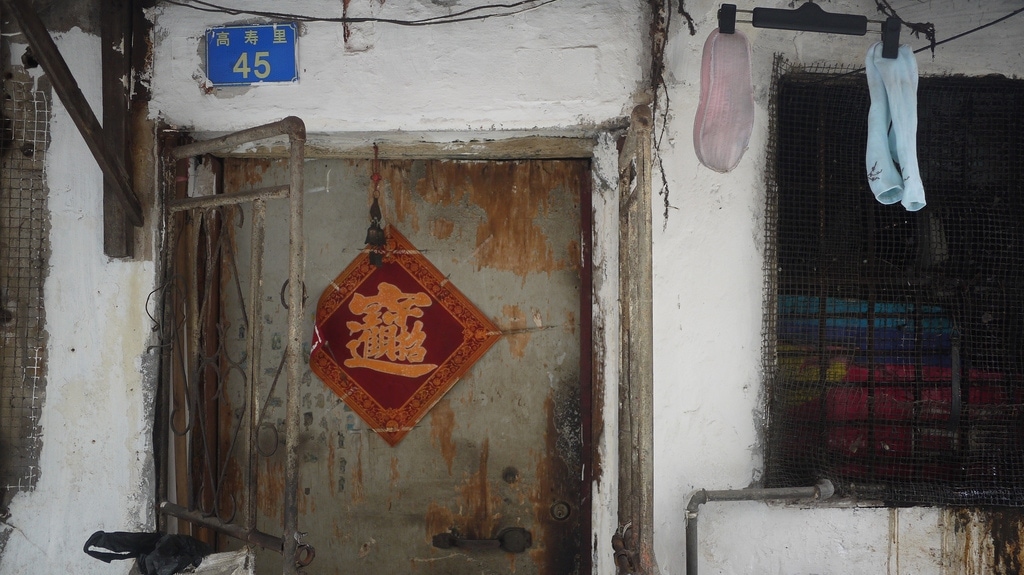 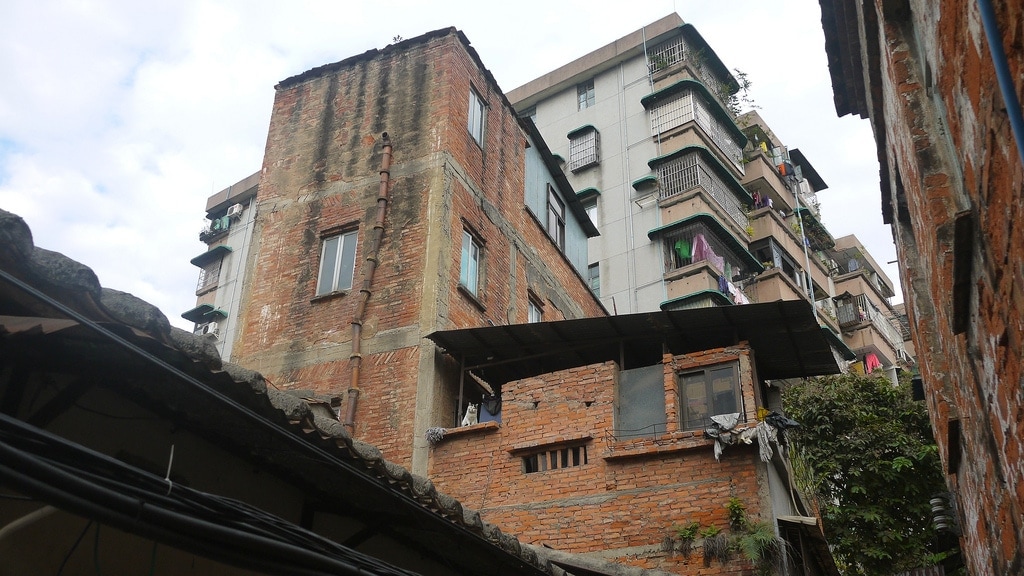 Can you spot the silent spy who was watching my every move? 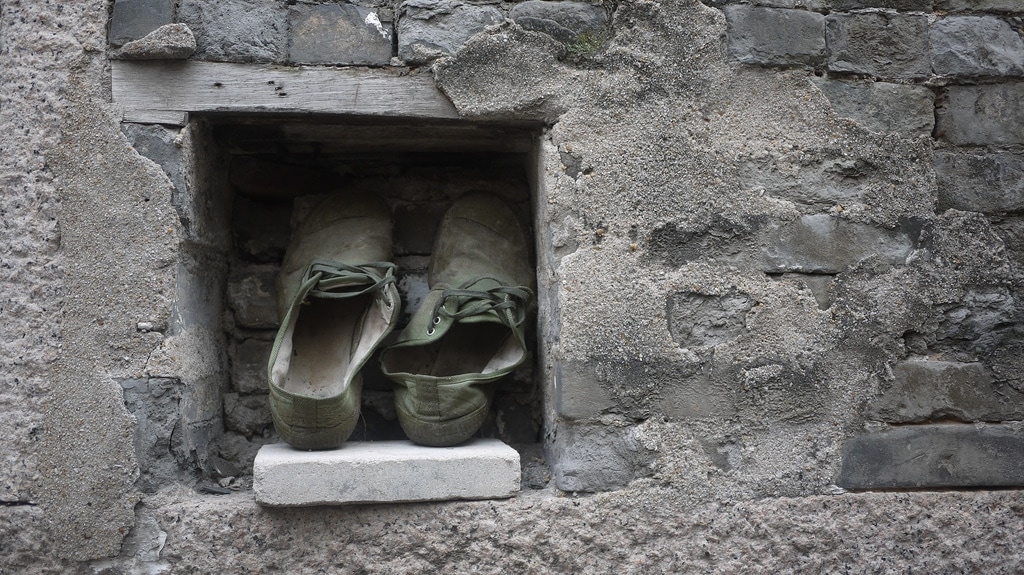 Proof that China once had good taste. 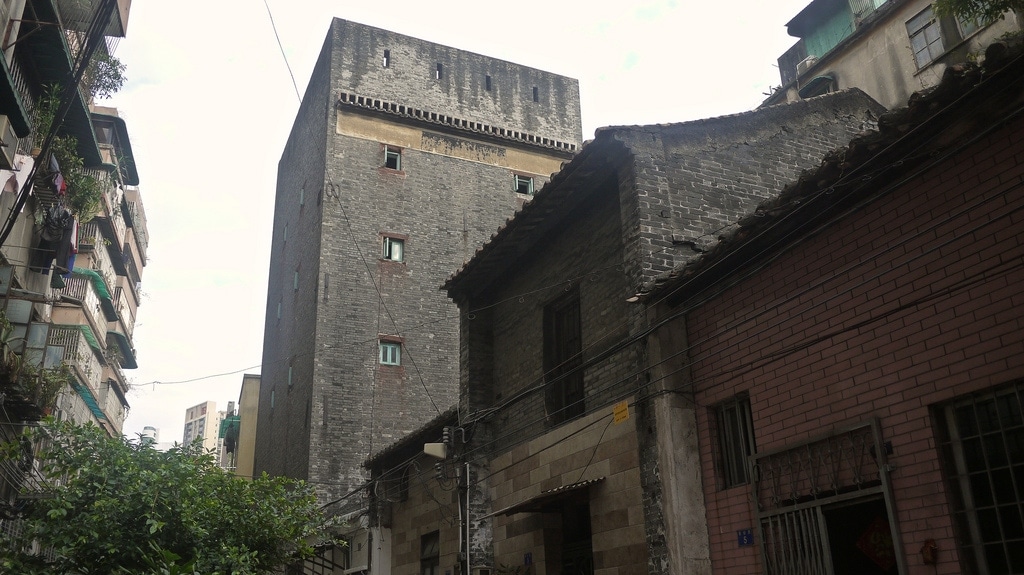 The most fascinating part of the area was this old fortified tower. Try as I might to find an entrance I was unsuccessful but I did manage to venture inside one of the buildings nearby and discovered an amazing old winding wooden staircase. Sadly it was too dark for photos. 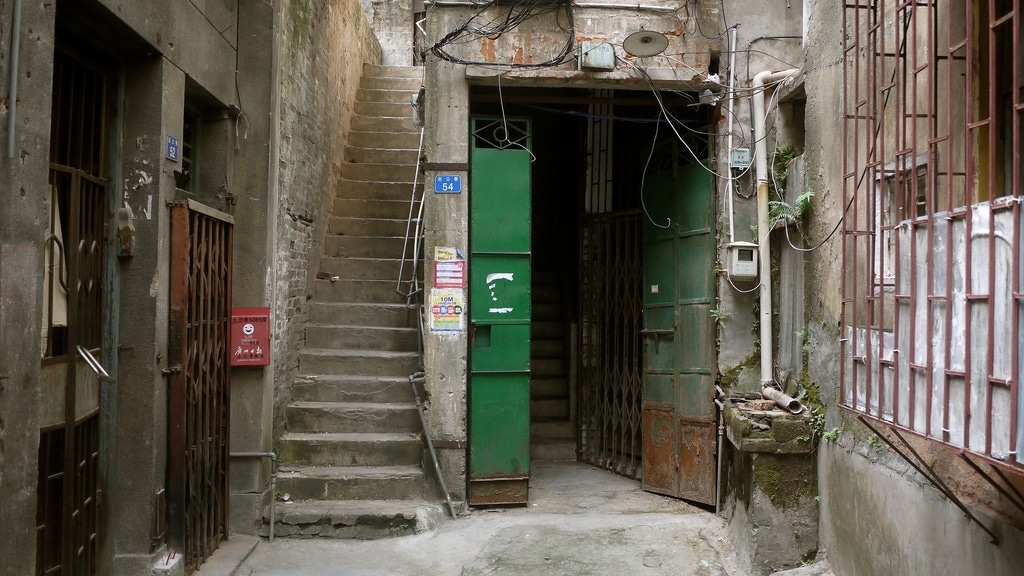 Just when you think you’ve reached a dead end in the maze another options presents itself. 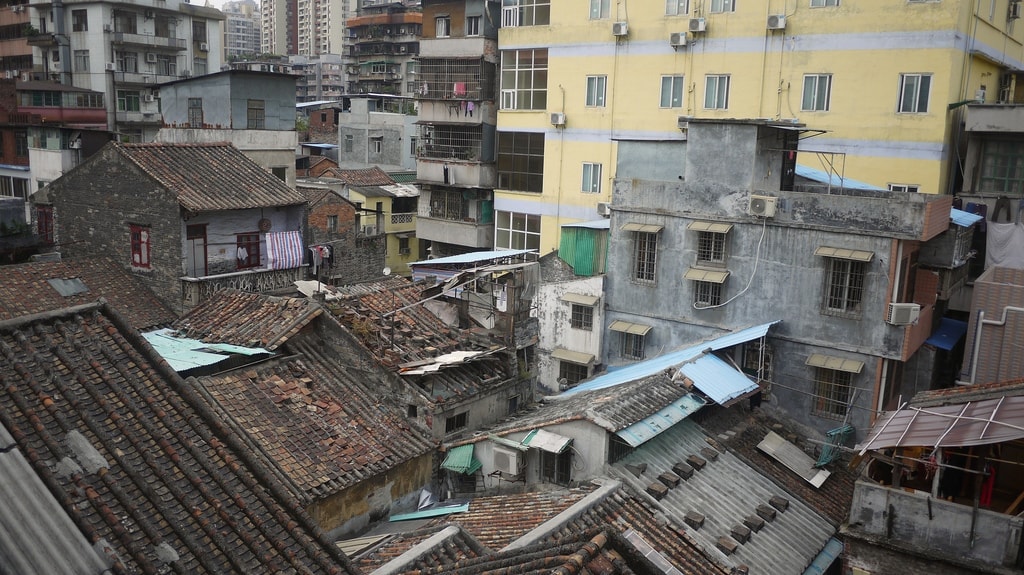 This time with a good vantage point to look out over the ancient rooftops. 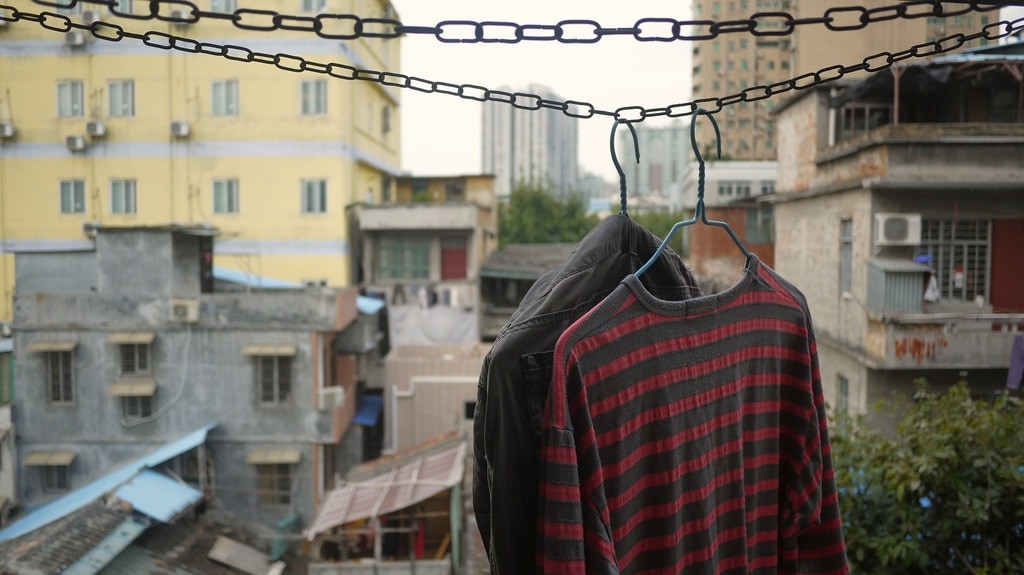 …and to dry your washing! 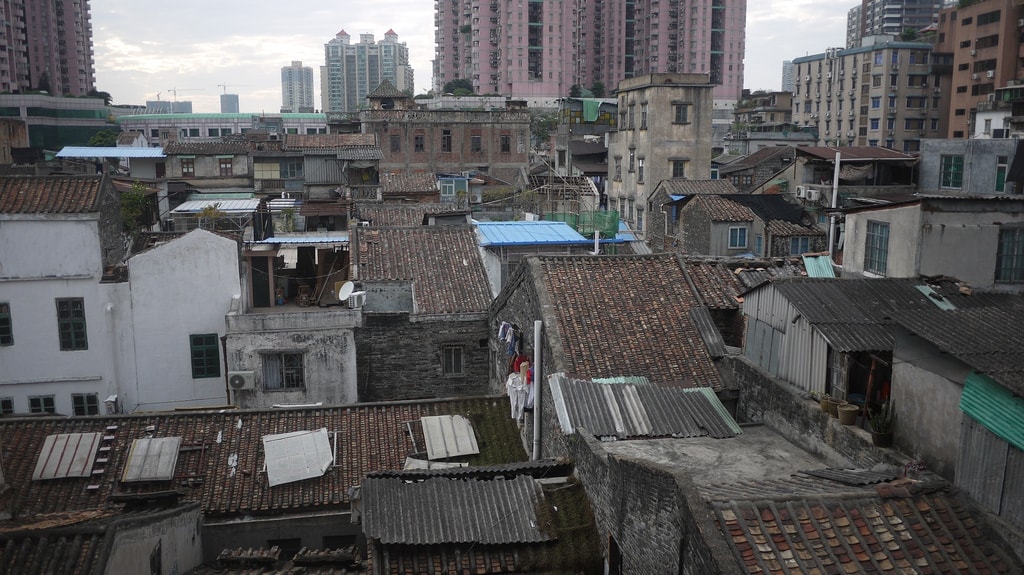 A good location for a Bond action scene I’d say. 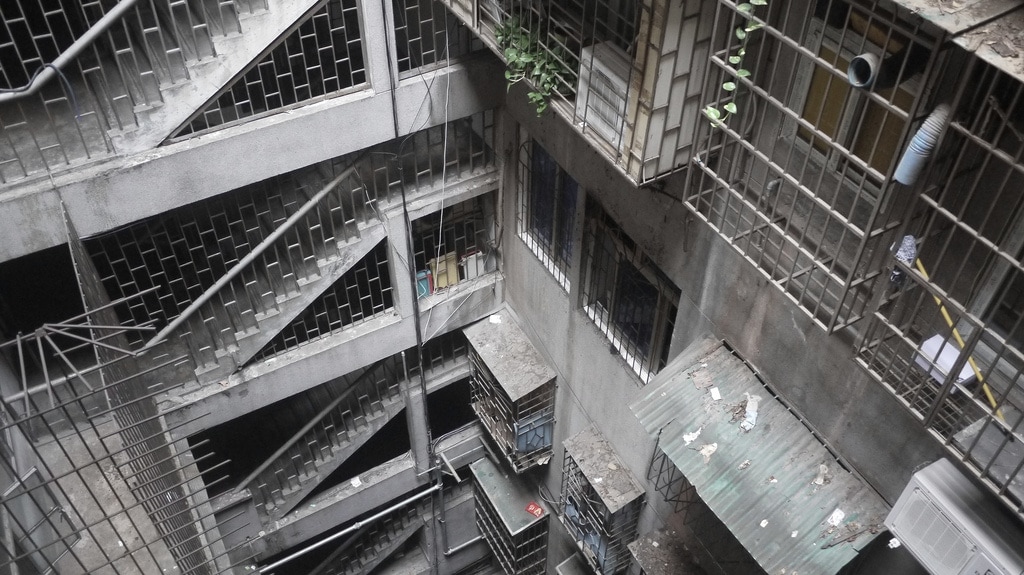 The modern adjacent apartment blocks were more like prisions than homes and this leads nicely back to the title of my posts about Guangzhou’s disappearing heritage.

China is falling foul to the same mistake most other industrialised nations have made during their rise and it’s extremely sad to think that in a few years most of these old districts will be completely wiped out and replaced with gleaming temples to consumerism (i.e. shopping malls).