If you scare easily or are in the least claustrophobic there is one film that you should defiantly not watch, that is Dark Water. If you’re not any of the the former then you soon will be! 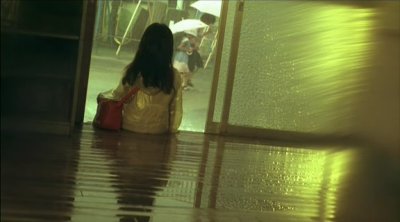 Dark Water (also known as Honogurai mizu no soko kara) is best described as a supernatural thriller. The film follows a single mother Yoshimi who moves into what she thinks is the perfect apartment with her daughter Ikuko. No sooner have they unpacked than strange things begin to disturb their new life. A water leak from the supposedly abandoned apartment above gets bigger and bigger, a child’s satchel reappears even though Yoshimi throws it away several times, and she is haunted by the image of a child wearing a yellow mackintosh who bears a striking resemblance to a young girl who disappeared several years before. 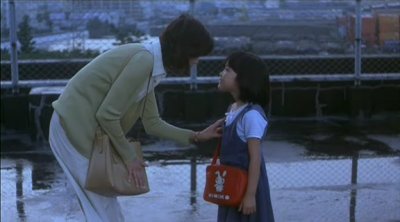 From here on things get pretty freaky. Nakata’s film works so cleverly with the idea of no safety in the safest places and objects that everything seems dangerous. In combination with the terrible emotional story at the heart of the film, the feelings of dread, despair and sadness reach almost intolerable depths at times. 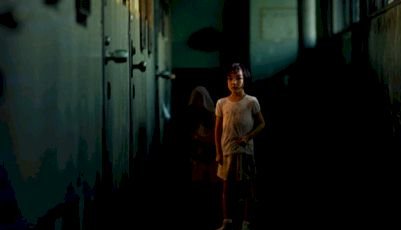 I would highly recommend watching this one late at night with the lights off – should you happen to start hearing sounds in adjacent rooms I wouldn’t worry to much, its probably nothing! Its also worth noting that the yanks are remaking the film so you’d better watch it before its spoiled forever.