Last nights intentions were good and in theory fairly simple – teach people how to cook chocolate chip cookies. Piece of cake huh? (poor joke) Not so fast! The first little problem occurred when we realised that we didn’t have any kitchen scales – I tried to improvise by using bathroom scales with me standing on them and then subtracting the weight of what I was holding but I don’t think the accuracy of this technique was quite what it could have been (no photos, sorry!). In the end we reverted to guesstimating the weights… 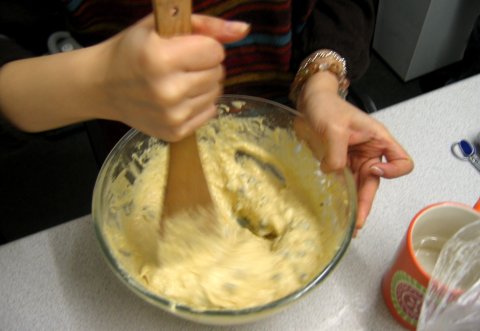 After this the mixture seemed to come together quite well and things looked like they should have, but how wrong was I! After spooning the mixture out in circular shapes on a baking tray they were popped in the oven for approximately 15 minutes. Upon opening the oven door what greeted my eyes were not a tray of cookies – all the cookie mixture had somehow melted into one huge amalgamous super-cookie!! 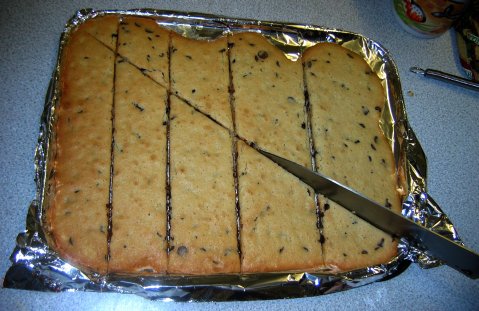 Luckily all was not lost, after being cut into smaller chunks it still smelt & tasted like normal. It was this point that a certain blue monster appeared out of seemingly nowhere and promptly devoured the whole lot! 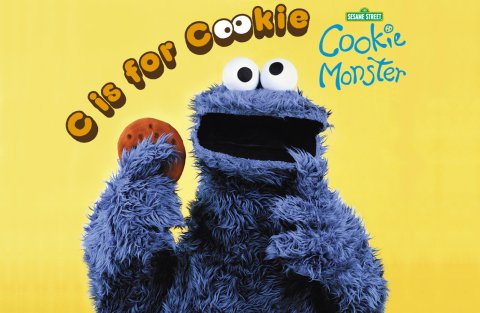 (If the picture above doesn’t make any sense to you take a look here).