In Japan young people officially become adults at 20 (二十歳 hatachi) and every year there’s a national holiday held on the second Monday of January known as Coming of Age Day (成人の日 Seijin no Hi). Celebrations are held at local government offices as well among friends and family with many wearing traditional kimono or hakama. 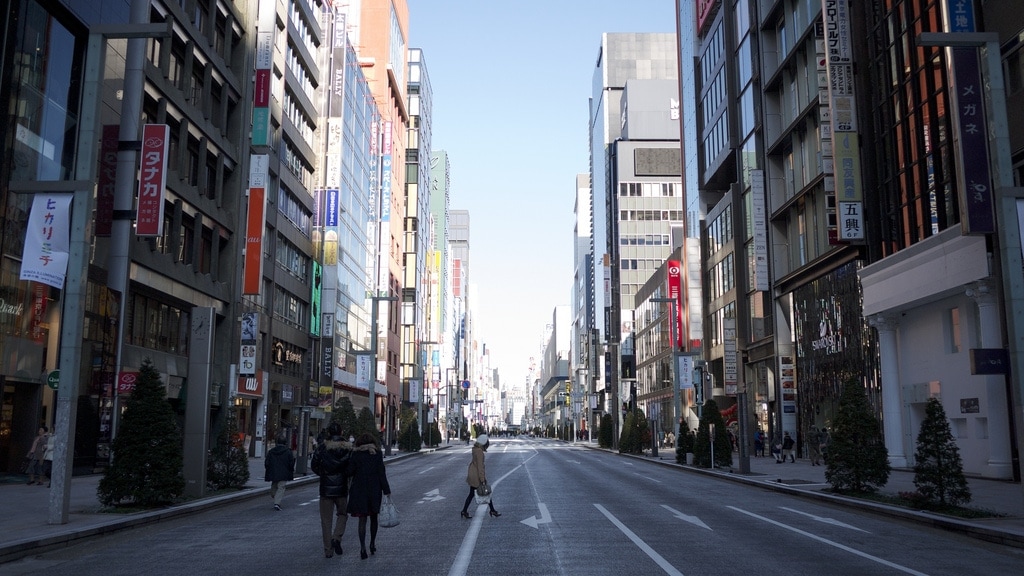 It’s a great opportunity for photographers to capture the festivities and I joined a bunch of folk for a photowalk around Ginza and Shibuya organised by ShootTokyo.

Ginza was pretty quiet at noon but at least the skies were clear. I’m not much of a photographer but this time I managed to stay away from auto-mode and shot everything RAW with my Panasonic GF2 & 14mm wide-angle lens (not ideal for portraits). 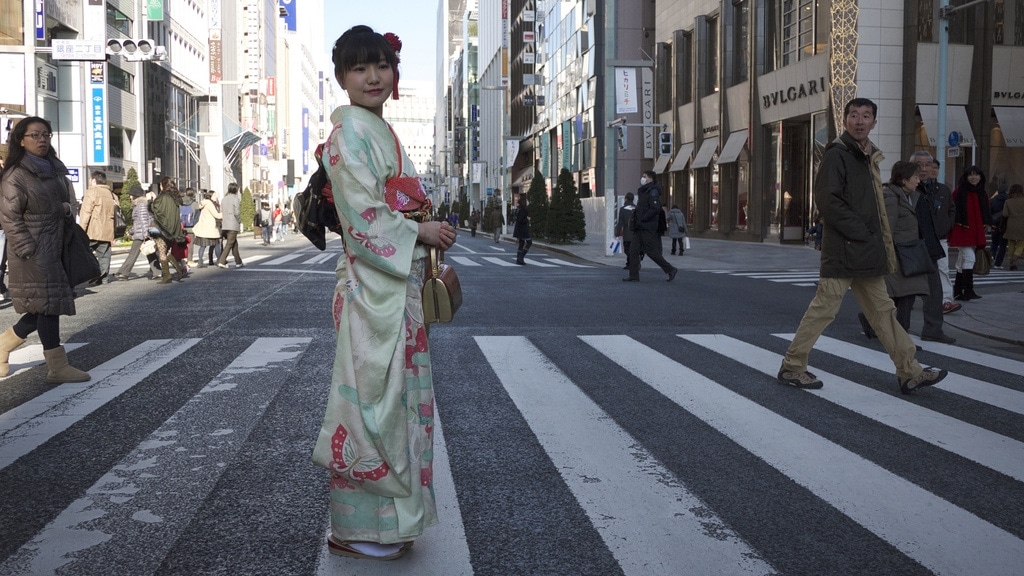 Our first subject was certainly turning some heads! 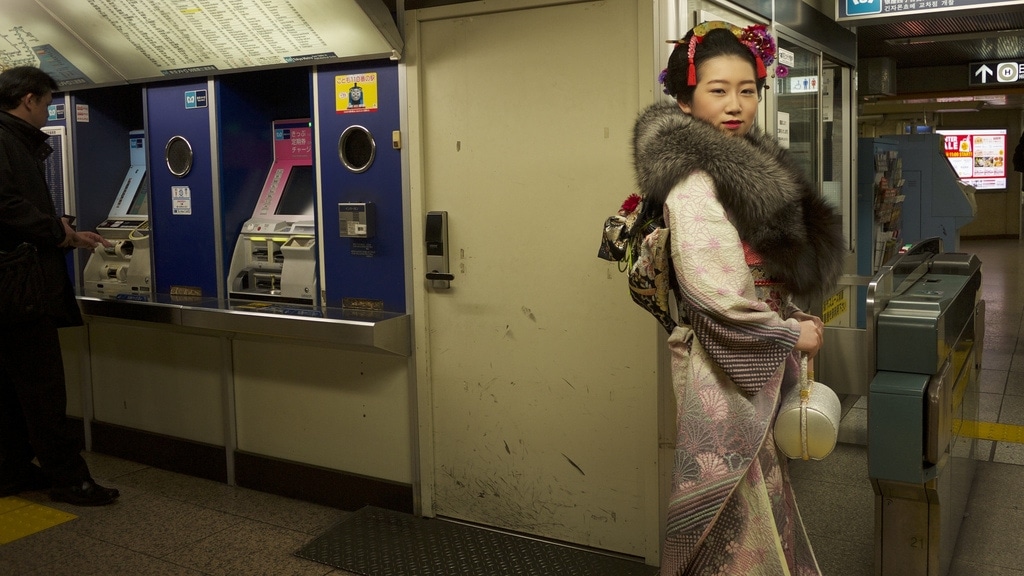 Down in the metro I got my favourite shot of the day – what a stunning kimono (着物). 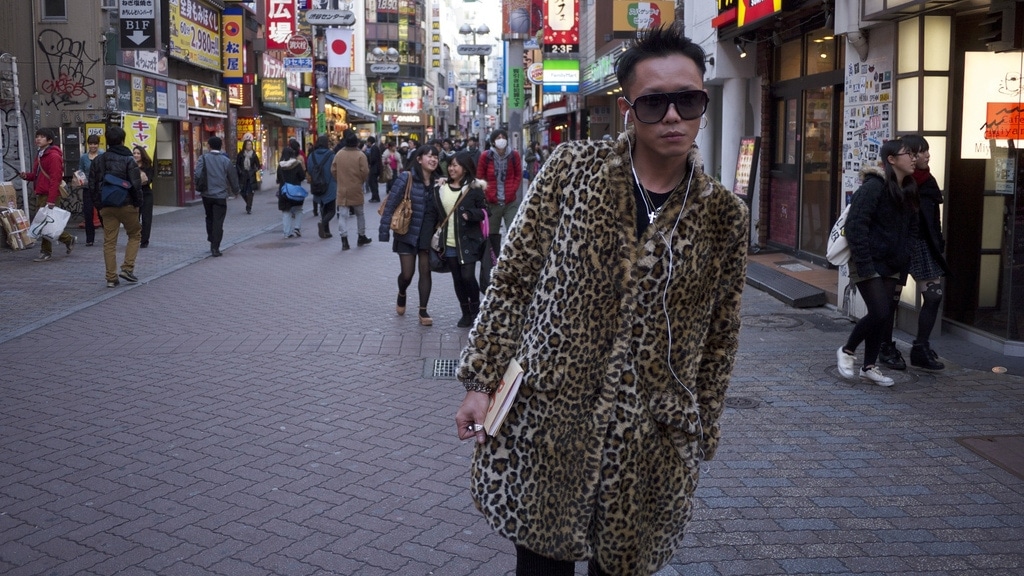 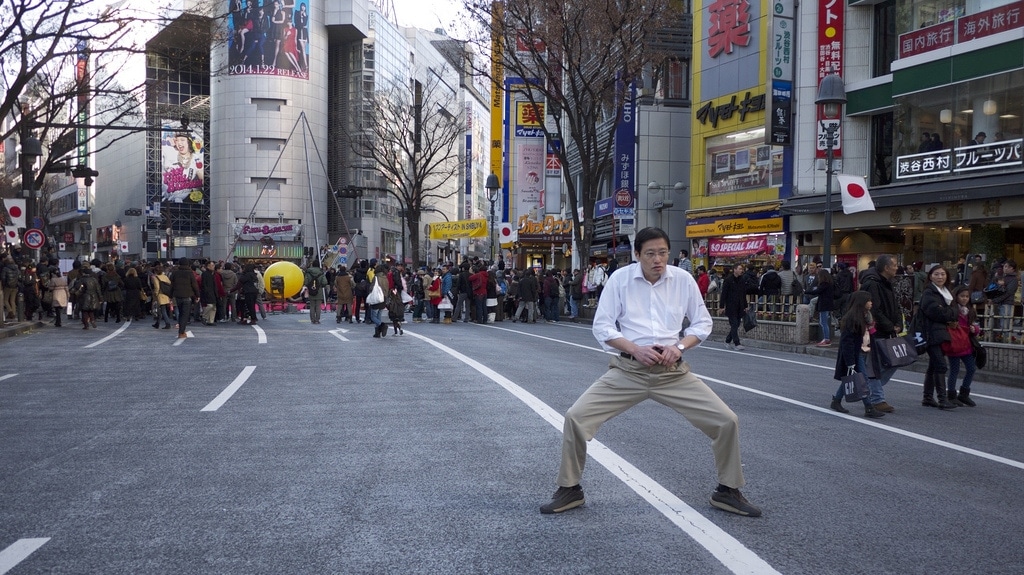 …and the plain weird to be seen. 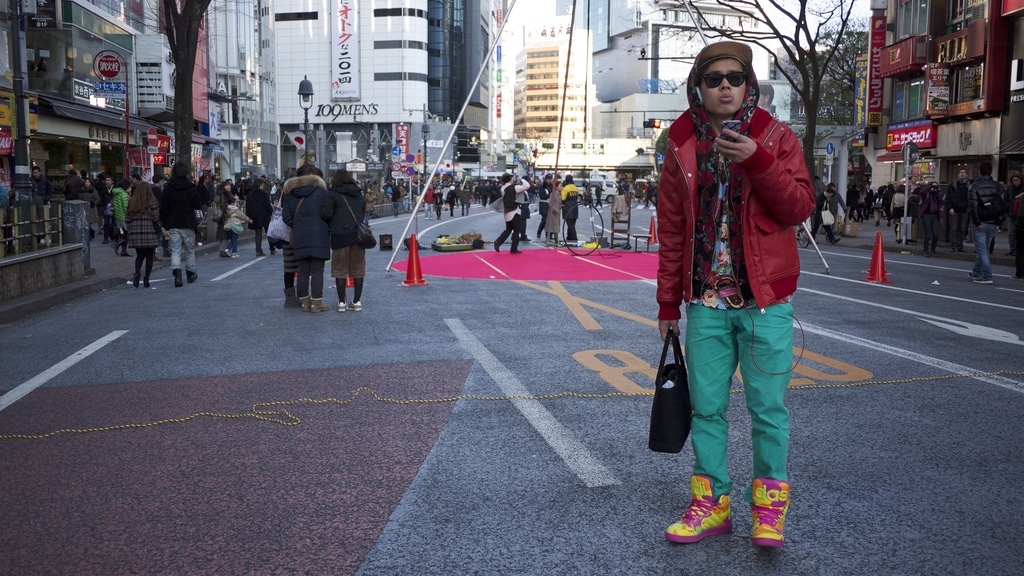 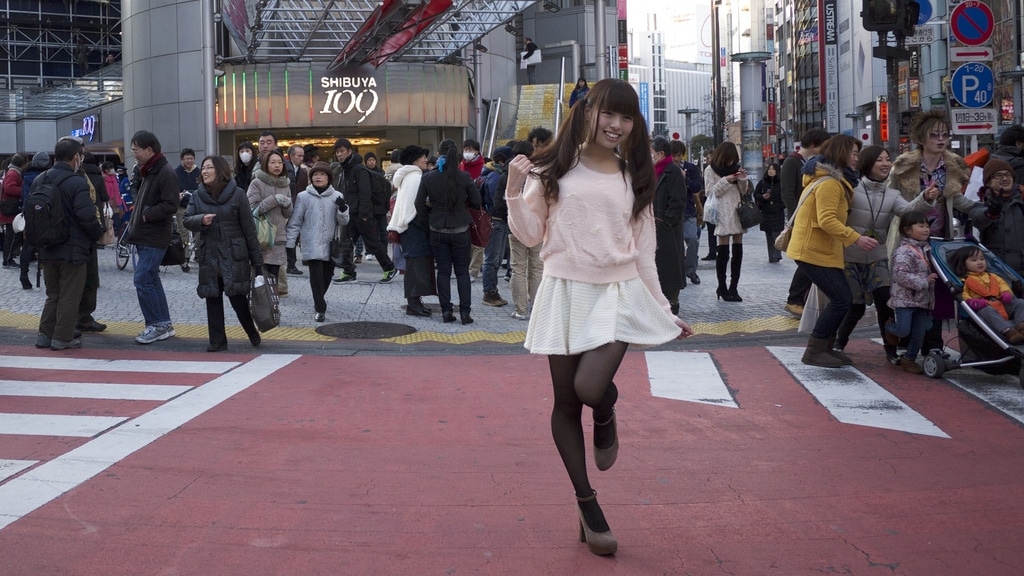 Shibuya 109 is a famous department store which is a mecca for young women. 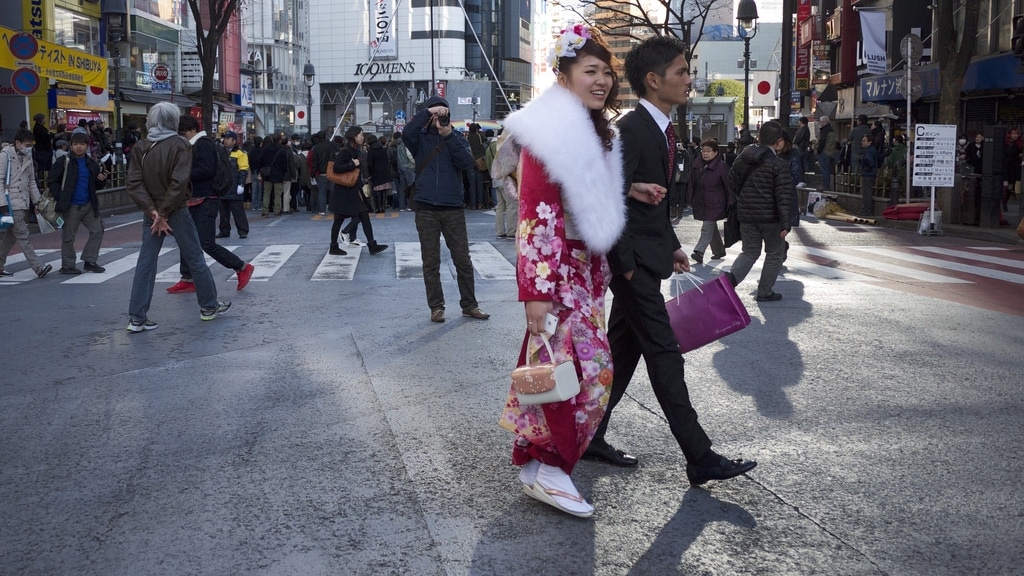 …although some still make the effort – I want this guys awesome purple hakama (袴)! 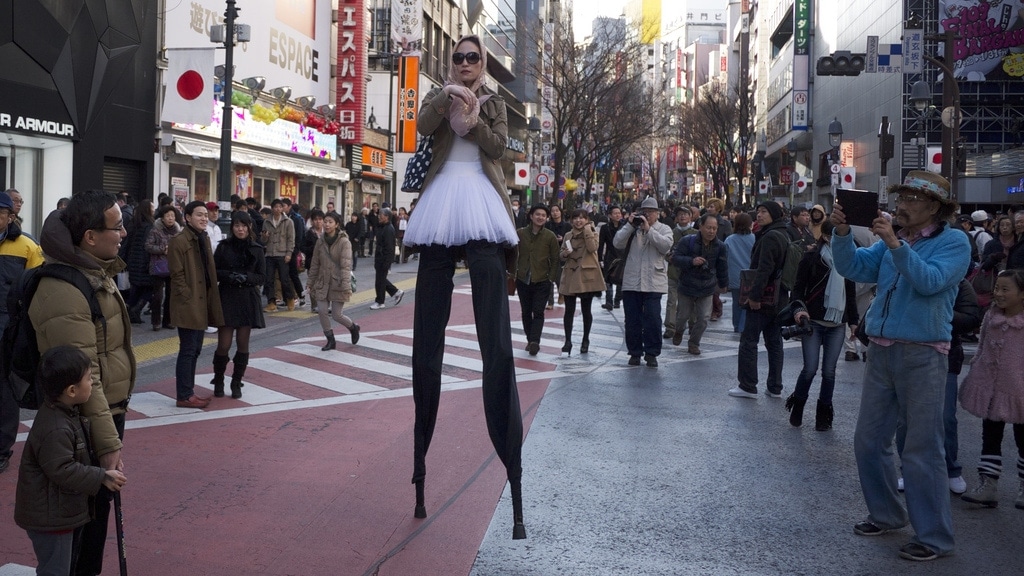 There was a street carnival going on at the same time in Shibuya – you might recognise the long-legged lady above from the Bikkuri Daidogei festival in Koenji. 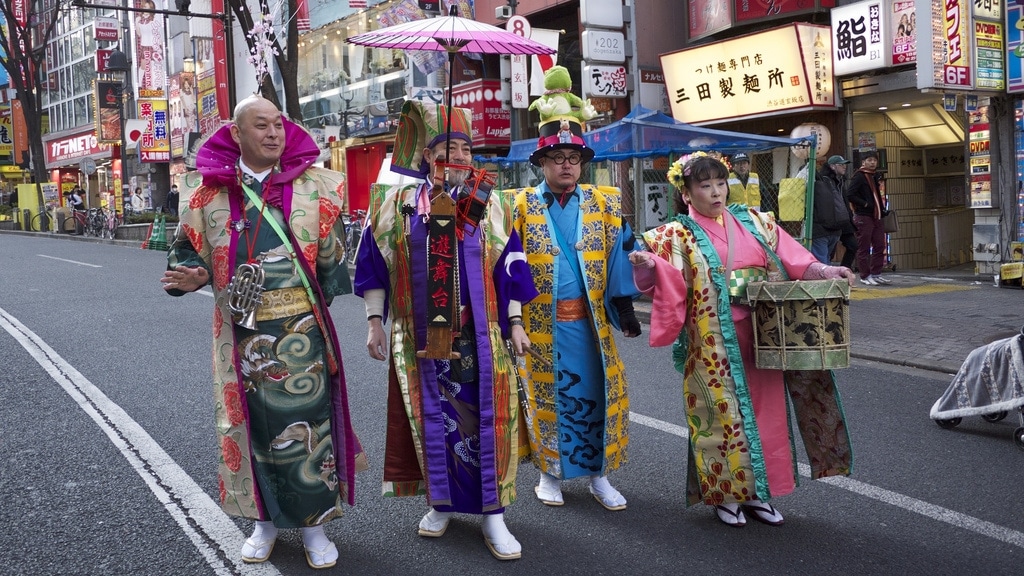 A colourful troupe of street performers – check out the flowers sprouting from the guys head on the left! Japan’s low birth rate and shrinking percentage of young people has led to a decline in attendance for the coming of age ceremonies (成人式 seijin-shiki) which has caused some concern among older Japanese. This lot looked pretty happy though! 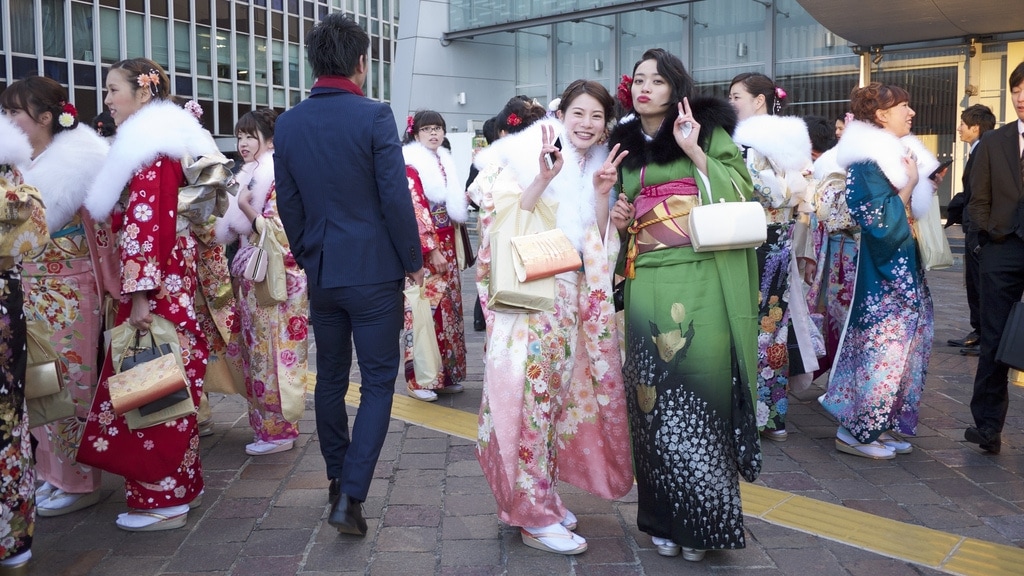 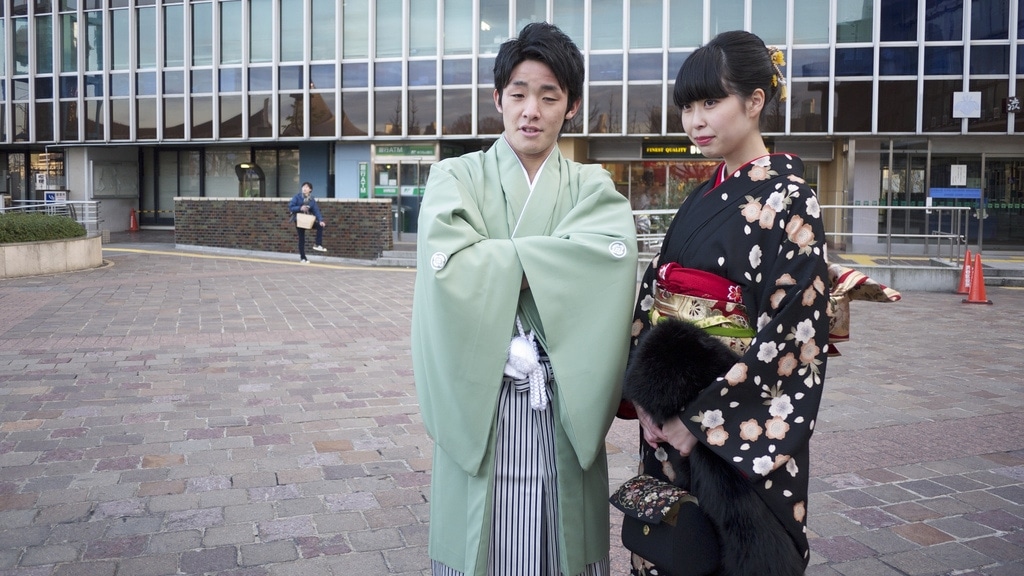 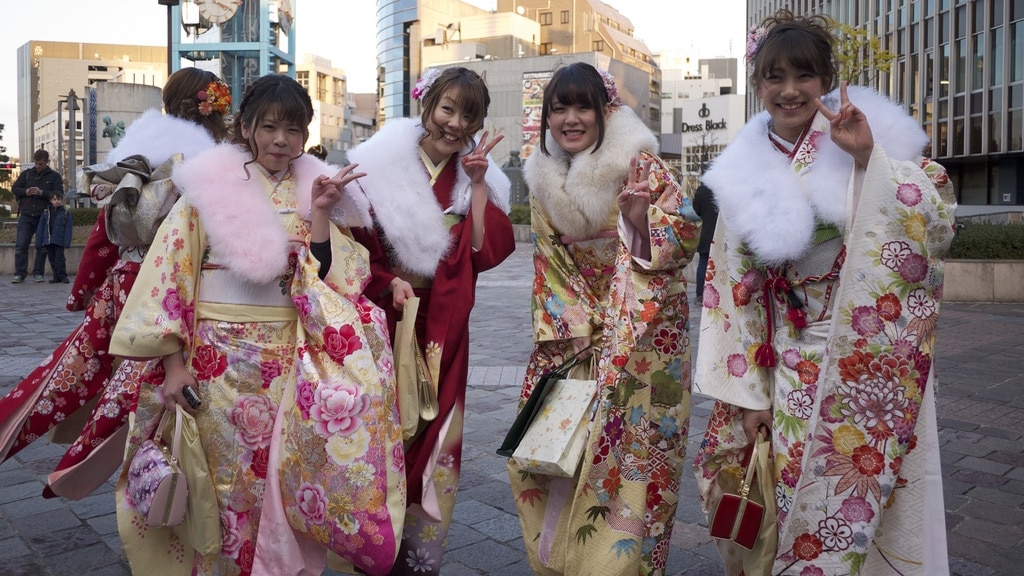 Red, gold and white were definitely in vogue. A final shot of the rather cold but happy photowalkers.