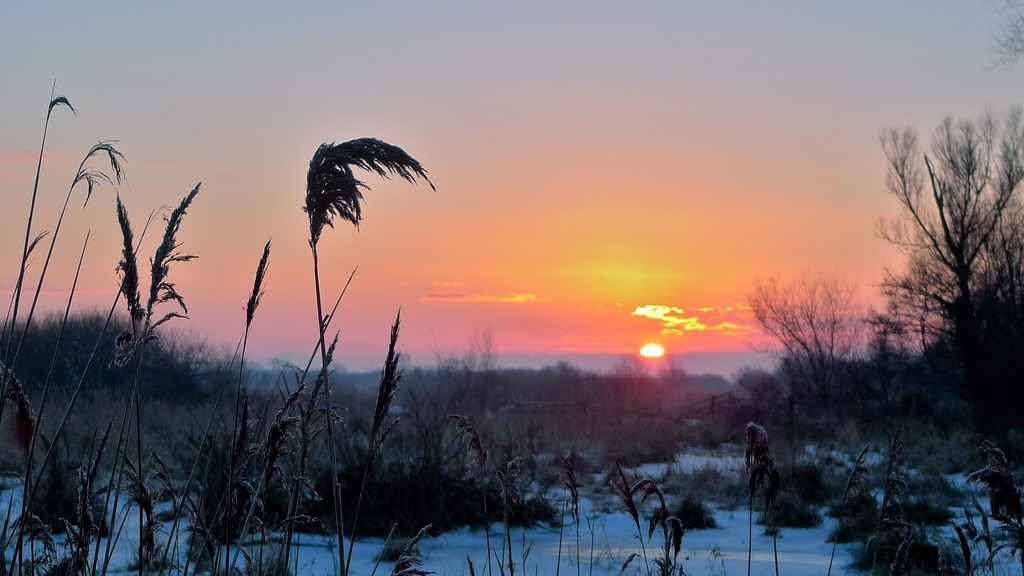 On Christmas Eve I made the 18 hour journey from Shenzhen to my hometown in the UK; Norwich in Norfolk to spend the festive season at my parents home a little way outside the city center. Unlike last year they knew I was coming so there were no big surprises, only the inevitable jet lag brought on by the 8 hour time shift. 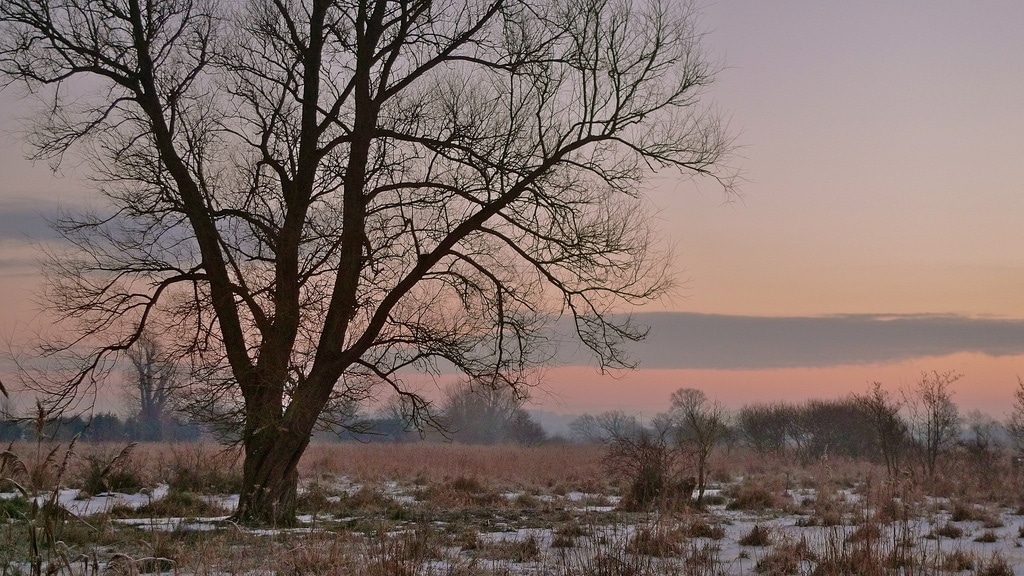 As a result I was waking very early in the mornings and so it seemed like a good opportunity to go out for a spot of dawn photography. The village my parents live in is surrounded by farm land and a river making it quite picturesque – especially in the winter with ice and frost covering everything. 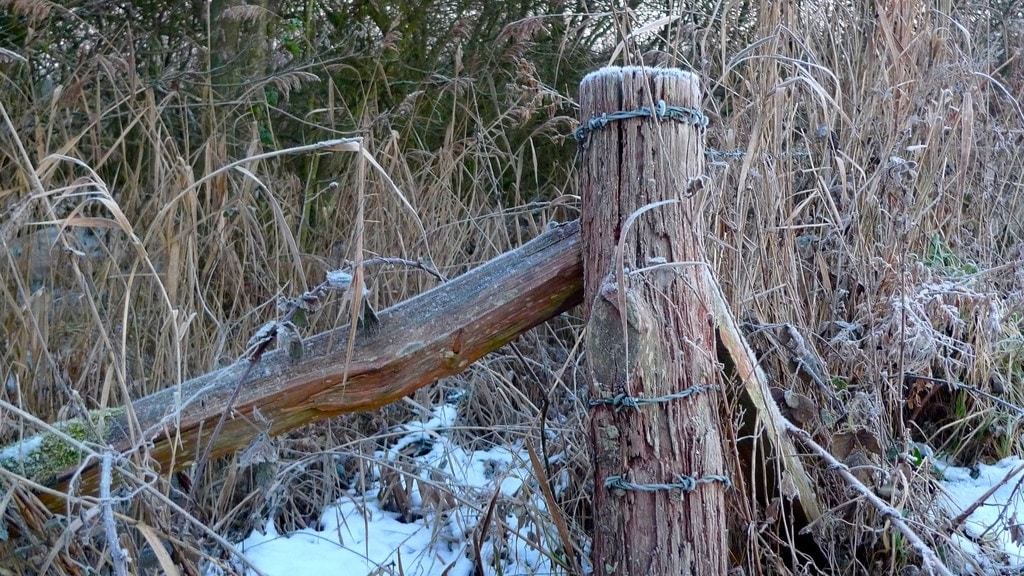 On a freezing-cold boxing day morning I wrapped up in my thickest clothes and headed out for a walk around the nearby marsh with my LX3 in tow. 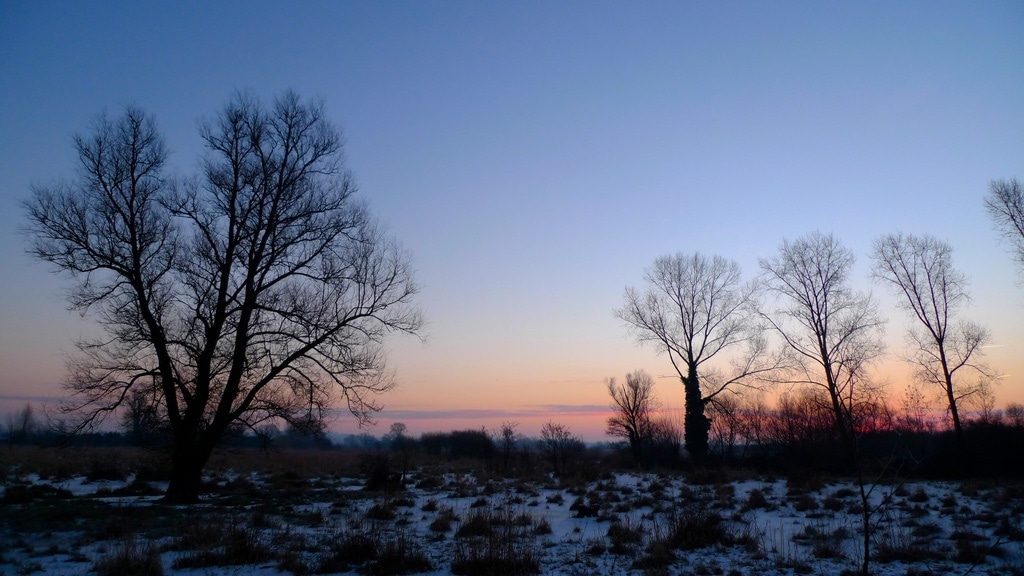 An orange-pink glow appeared on the horizon interrupting the cool blue sky as the sun began to rise, creating some brilliant silhouettes across the ghostly marsh. 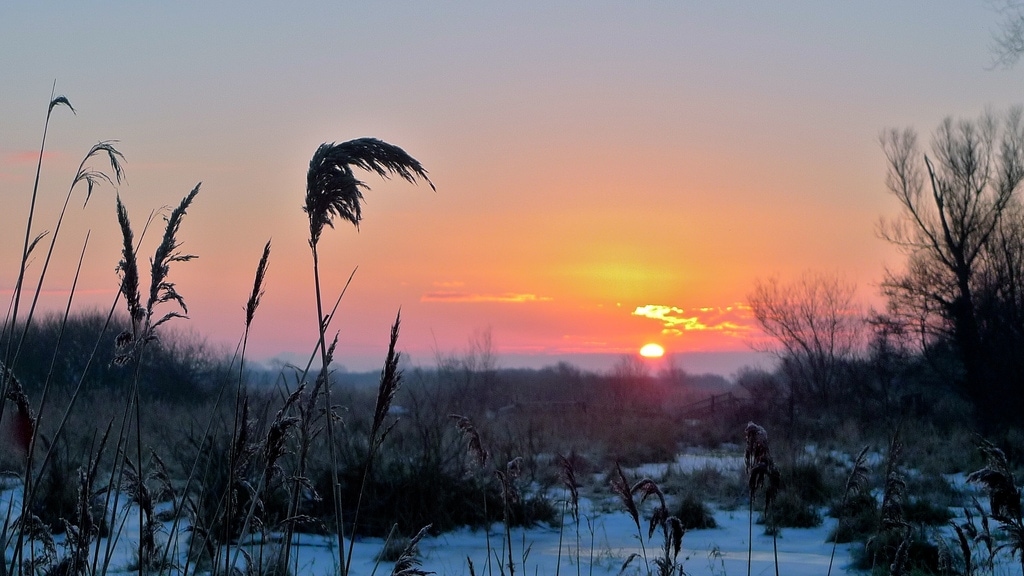 The frost covered reeds provided a nice foreground to the snow-covered fields behind. It there had been more cloud cover the sky would have been even more vibrant. 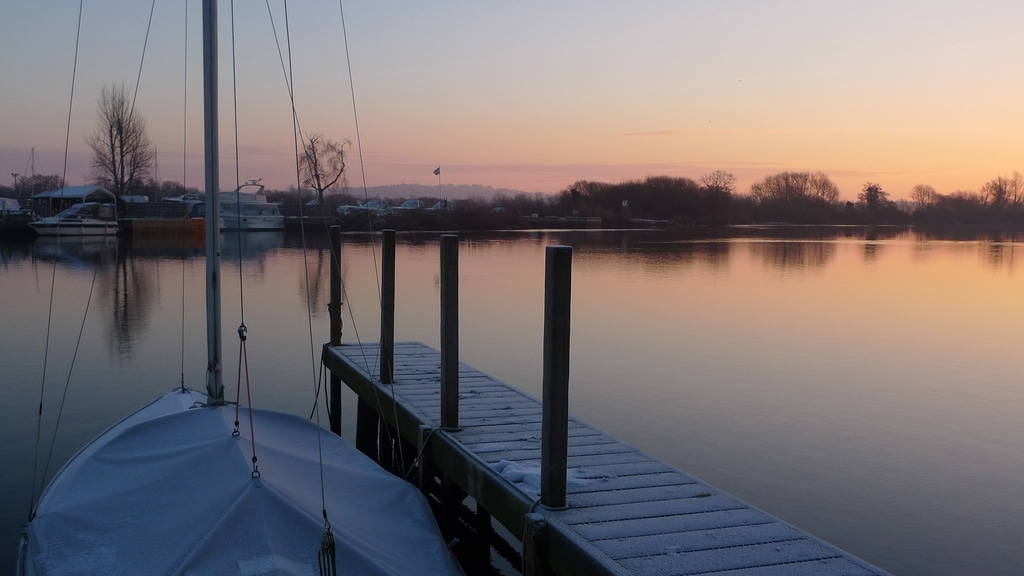 Down by the river the water was perfectly still with all the boats being moored up for the winter. 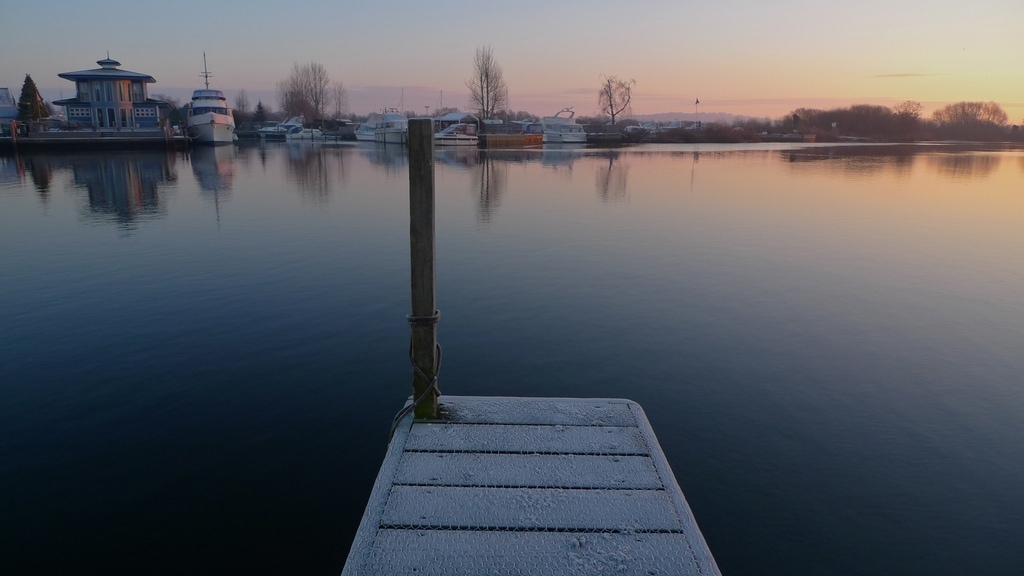 I love the shot above of the frost covered jetty extending into the deep blue waters beyond. By this point my hands had started to go numb even though I was wearing gloves! 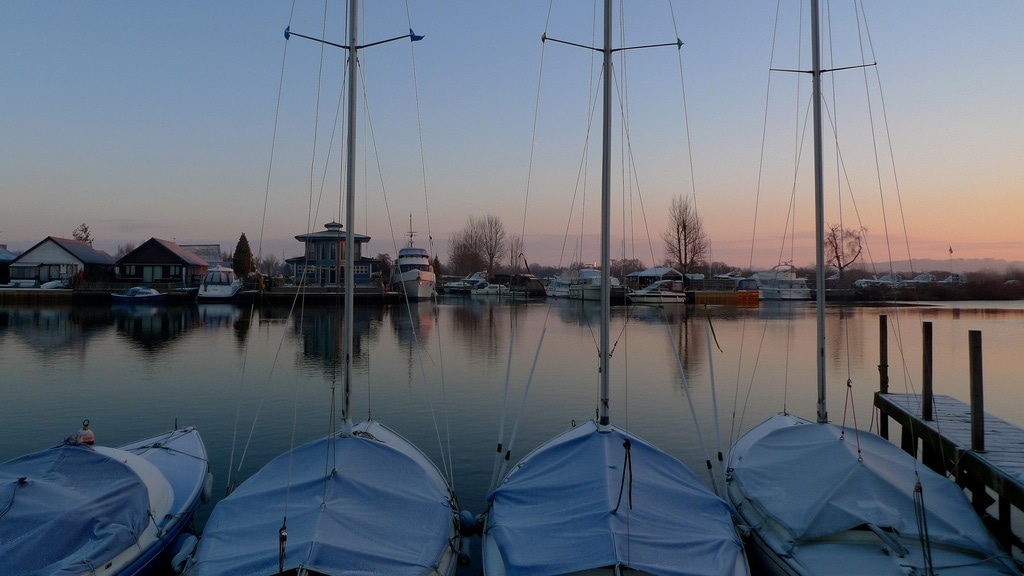 My parents keep a boat here during the summer but since it’s over 100 years old and wooden it needs to be kept indoors during the winter for maintenance and to prevent the hull rotting. 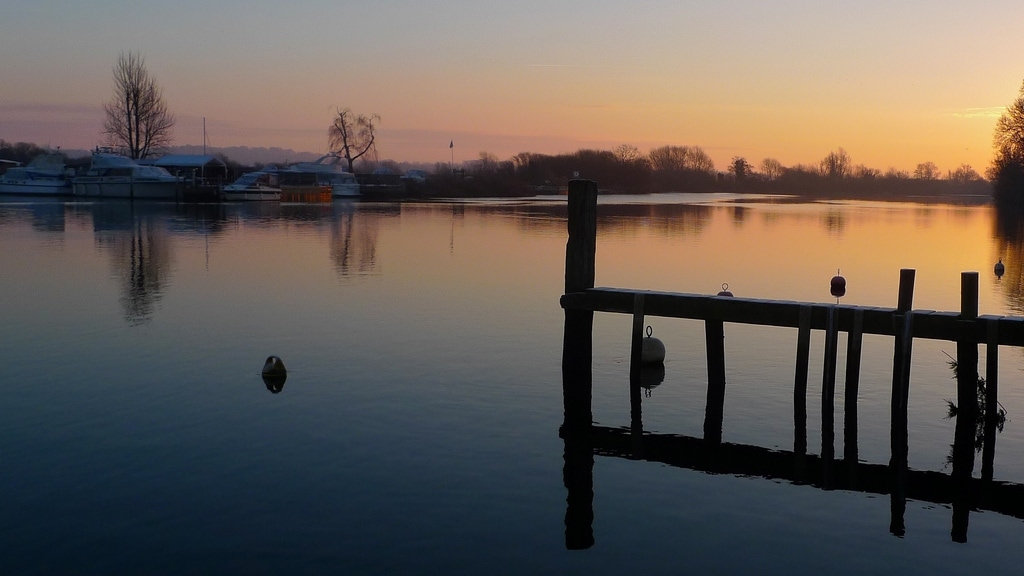 During the summer months it’s an idyllic spot for a sail and many folk visit the surrounding Broads (a network of navigable rivers and lakes) for their holidays. 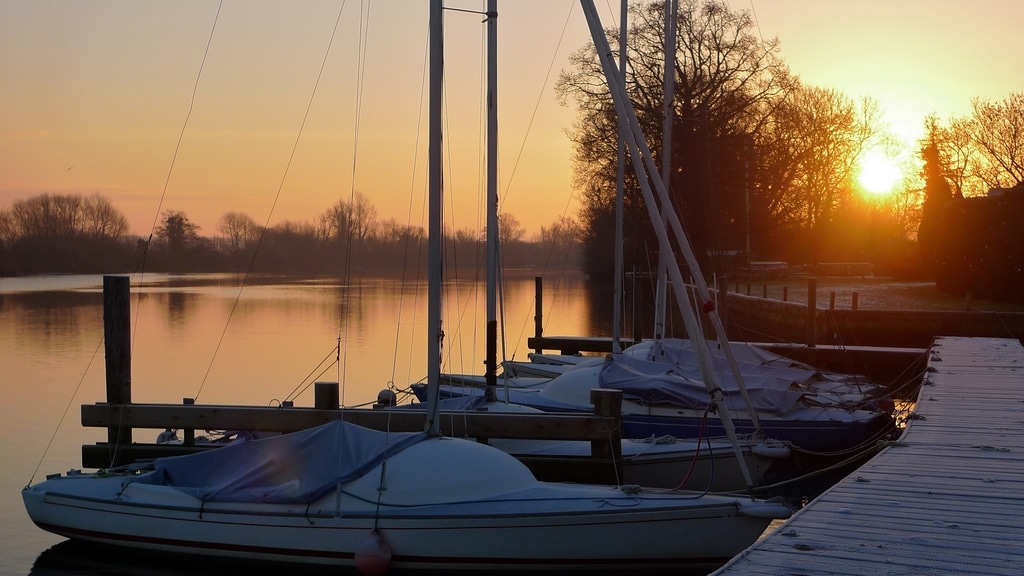 The Broads look like a part of the natural landscape today but they were actually artificially created by the Romans who first exploited the rich peat beds of the area for fuel. The large excavations left behind then flooded with water. 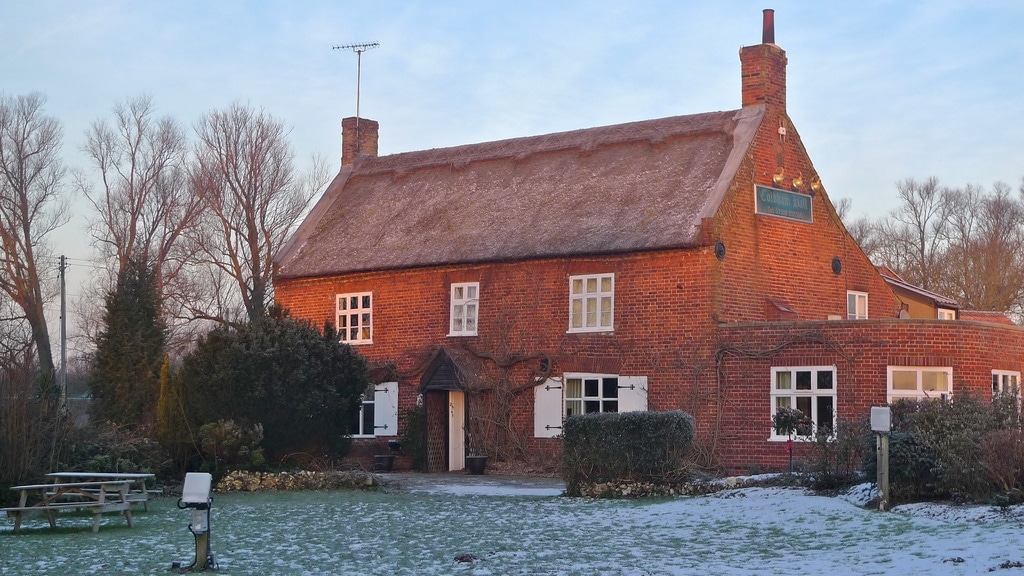 Along the rivers are many pubs like Coldham Hall above which cater for locals as well as those travelling on the water. At this time of morning the only visitors were a flotilla of ducks who were busily trying to paddle around the chunks of ice which floated on the edges of the river bank. Back inland the sun’s reflection on the ice-covered marshland created an almost otherworldly landscape. 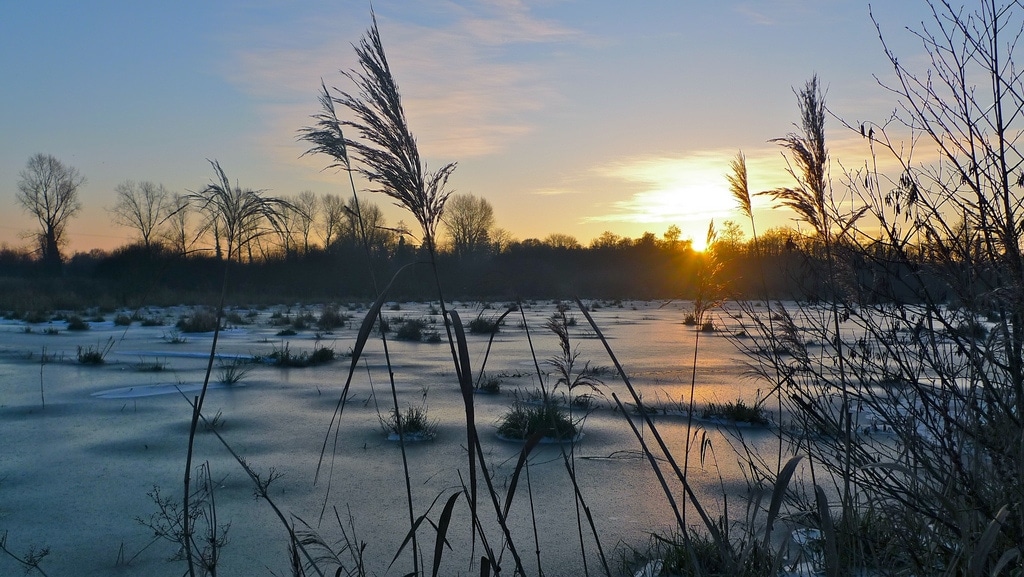 During the winter in the UK the sun sets quite early in the afternoon (around 4pm) with equally surreal views to be had. When the frost is gone the water reed shows it’s true golden colours. Reed is used as thatching on the roofs of traditional buildings like the tavern nearby. It’s a traditional craft that has been passed down from generation to generation for thousands of years. Standing here it was a bit hard to believe that just two days earlier I was in one of the worlds most populated cities where moments of calm are rare but the norm here. The contrast couldn’t be more stark.