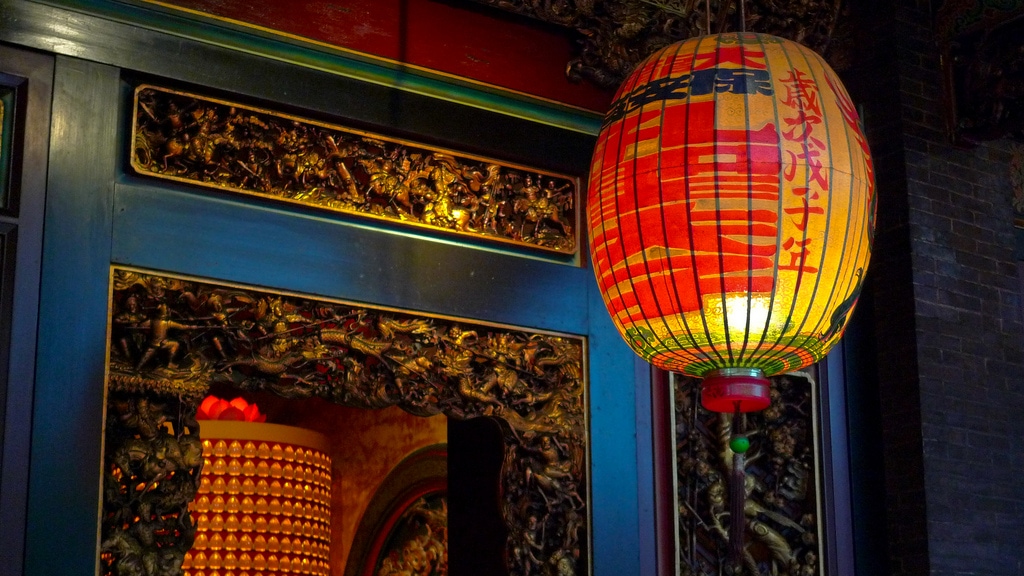 Over the past few years, I’ve visited many temples in the region and while each has its own charm, like with Churches in the UK, there is a certain point at which they all begin to look alike. Most traditional buildings in Asia exhibit the same basic design elements – thick wooden columns serve as the load-bearing element of the structure which sit atop a large stone base, anchoring the building. The walls, floors, and complex bracketed roof structure are then built around these columns.

There is great diversity in the style and appearance of roofs, but most follow the basic concept of a tiled sloping roof with upturned flaring corners, many adorned with dragons and other motifs. Some are decorated sparsely while others are far more elaborate with intricate carvings and painted frescos.

Situated in the Datong District of Taipei, Baoan Temple is the oldest in the city, having been open since 1765. Its colourful decor portrays a fusion of traditional culture with Taiwanese sensibilities. The temple is devoted to the Paosheng Tati, who is considered to be the God of Medicine. It’s a 15-minute walk from Yuanshan MRT Station.

Although fairly small it has to be one of the most beautifully decorated temples I’ve visited – the level of detail is quite amazing. Clearly, quite a good deal of care is given to the upkeep of this place although strangely I didn’t see a single donation box.

I’m not exactly sure what these golden pillars are used for or represent so if anyone knows please do leave a comment below. I thought they might be prayer wheels but they seem too big for that…

For me, the best part was perhaps the dragon lanterns which were lit up from inside casting a golden glow over the surrounding area. I’m not sure about the spiritual significance of dragons in Buddhism or Taoism but they definitely look cool!