Set in war-torn Japan, the Tokugawa Shogun, desperate to restore peace to his people, orders the assassination of the hostile warlords. A young woman is raised from birth with nine other orphans, to become an assassin. Her name is Azumi (played by Aya Ueto). WARNING: contains minor spoilers. 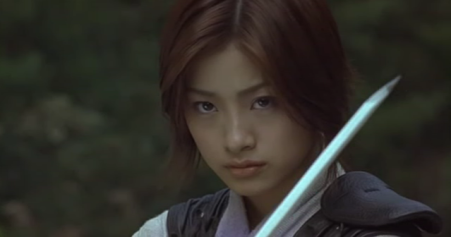 Things kick off with some pretty cool sword play and an emotionally charged scene where the assassins have to kill off their best friend or be killed to select the strongest from amongst the group. From here on in the mission begins and what ensues is as pretty near to pure carnage as you can get! 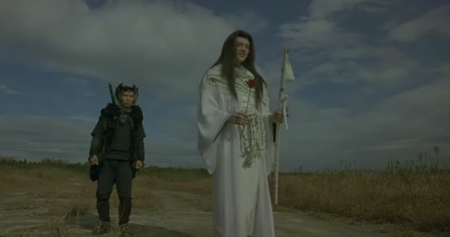 On their epic journey they raise a few eyebrows and soon one of the warlords is after their heads. In order to precipitate this he releases a notorious psychopath to hunt down and kill them. His incessant lust for blood is frightening and in the end leads to his downfall but not before he’s taken plenty with him. 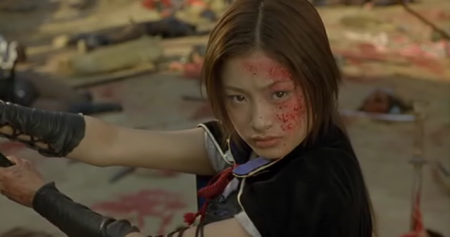 The action sequences are incredible, well choreographed and use some very inventively camera angles, including one when the camera is literally spinning vertically around the action – extremely cool! Be warned though, this is not for those who don’t like the occasionally blood bath 😉 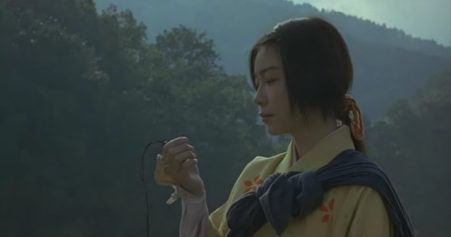 The story is simple yet still has enough depth to keep you watching the whole way through, I would thoroughly recommend it.