Had a rather tiring day down at Archant Specialist near Saffron Walden today clearing out their small server room which by the looks of it has been used as a dumping ground for miscellaneous computer rubbish for a good few years. It was a bit of a health an safety minefield when we arrived but 5 hours later we had it all neat and tidy and drove back with a couple of tonnes of stuff in the back of the van we hired to get rid of.

The trip to the office always takes us past the austere ‘Audley End House’ – a huge early 17th century country mansion on the outskirts of Saffron Walden, and just a few miles from Stansted. It’s a pretty impressive place with sweeping lawns and a lake leading up to the main house – one day it would be good to have a look round. I took a few pics for the car on the way by which came out quite well considering the speed we were probably doing! 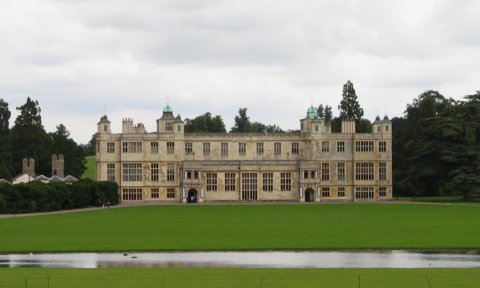