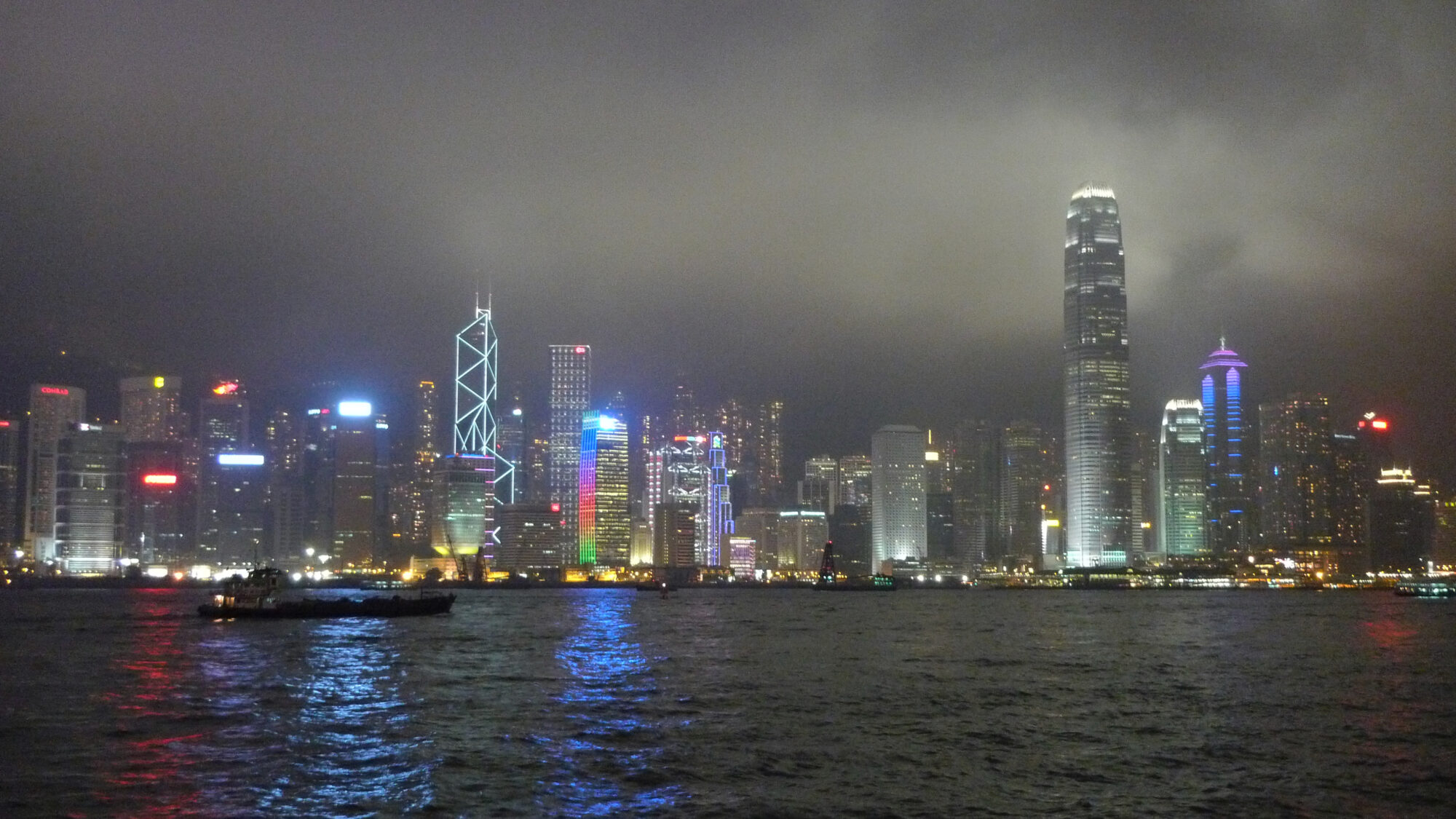 Every night at 8 pm in Hong Kong the buildings along the Victoria Harbour waterfront are illuminated in a vibrant light show known as “A Symphony of Lights“. Even without this novel spectacle, there is nowhere else in the world where you can see such an astounding scene of the same magnitude. I never get bored of gazing out over the water to the endless line of twinkling skyscrapers clinging to the edge of Hong Kong Island which appears so calm yet is a hive of activity for its 7 million inhabitants.

There is something truly magical about this city which conceptually lies between East and West, torn by its turbulent history and aspirations for the future. Perhaps my Britishness and its colonial roots are what draw me here but every time I cross over from mainland China into the SAR I can’t help but feel that it’s a special place and a testament to human accomplishment.

The best place to see the show is along the Tsim Sha Tsui waterfront between the Avenue of Stars and the Hong Kong Cultural Centre. The view from Victoria Peak is also spectacular but best seen on a clear day/night.