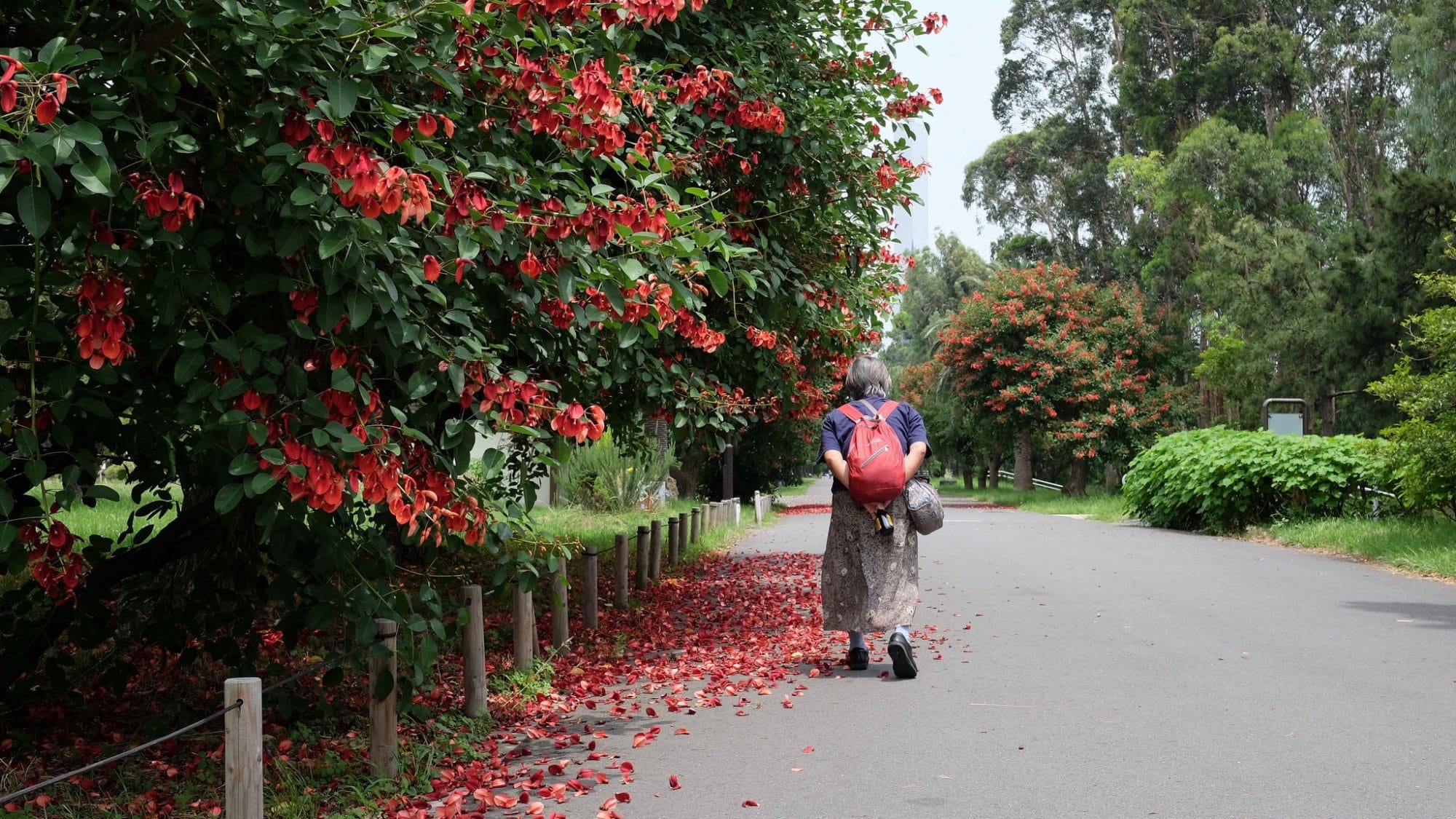 Back in 2013, shortly after I had moved to Japan, the language school I was attending at the time took us on a class outing to Yumenoshima Park (夢の島) for a sports day (as if we were 10 years old…). Literally meaning “Dream Island”, Yumenoshima Park was built on land reclaimed from Tokyo Bay using waste landfill.

As well as its sports facilities and waste incineration facility, the part is home to Yumenoshima Tropical Greenhouse Dome (夢の島熱帯植物館), an impressive botanical garden containing around 1,000 species of tropical and semitropical plants.

There are three enormous interlinked domes – dome A features a rain forest with ferns and a waterfall, dome B represents a tropical village, and dome C contains vegetation from the Ogasawara Islands.

A group called Tree Climbing Japan, dedicated to teaching tree climbing for recreation, research and rehabilitation, seem to have a programme for climbing palm trees here.

The path alongside Yumenoshima Marina is perfect for a stroll.

The park is also the final resting place of the Daigo Fukuryū Maru (第五福龍丸, S.S. Lucky Dragon 5), a Japanese tuna fishing boat which was exposed to and contaminated by nuclear fallout from the United States’ Castle Bravo thermonuclear device test on Bikini Atoll in 1954.

Aikichi Kuboyama, the boat’s chief radioman, died less than seven months later having suffered along with the 22 other crew members from acute radiation syndrome (ARS).

The incident caused a diplomatic spat and served to galvanize anti-nuclear movements in Japan and worldwide.

After being deemed safe for public viewing the boat was preserved and is on display in a large hall along with an exhibition highlighting the global state of nuclear weapons today.