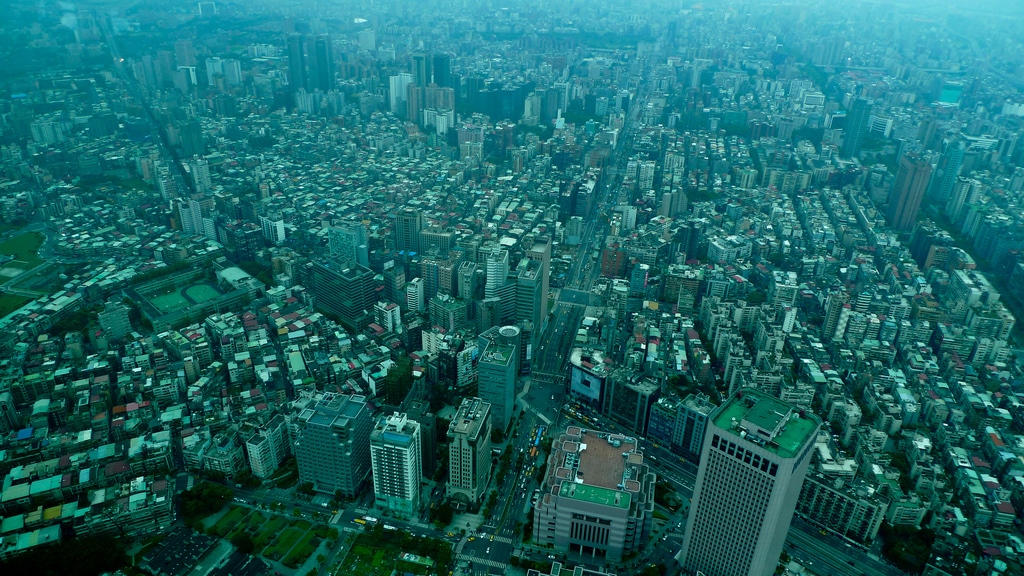 Unlike most asian cities Taipei is relatively flat and featureless save for the majestic mountains that surround it. Architecturally there’s nothing much to get excited about but for one exception – Taipei 101 – the tallest building in Asia and second tallest in the world. Sticking out like a sore thumb at 509 meters tall it dwarfs everything around it and provides a spectacular view over the city as well as serving as an icon of modern Taiwan. On a rather murky Friday afternoon I paid it a visit… 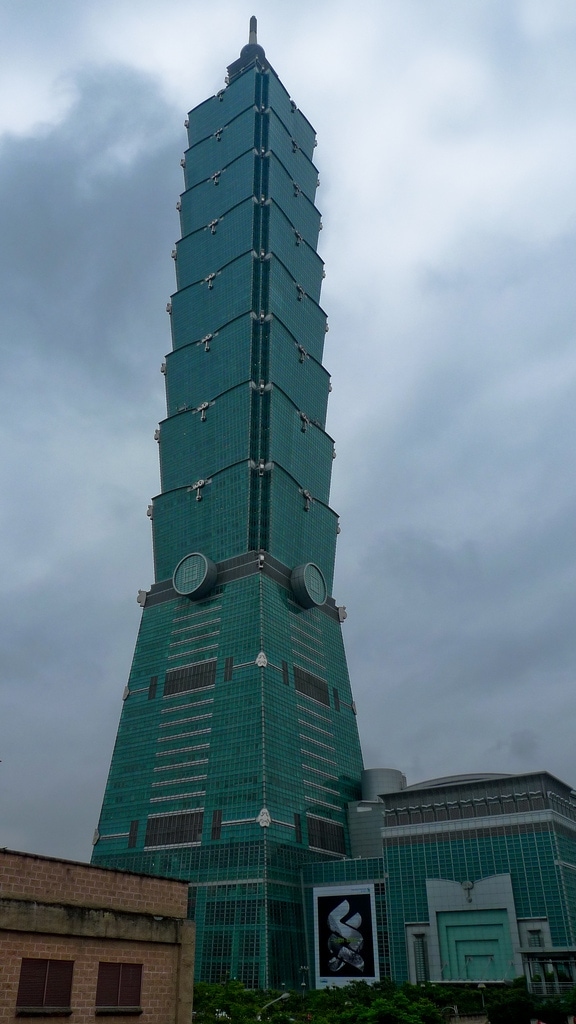 As you might have guess its name is derived from the number of floors it contains and its design is full of symbolism:

The tower features a series of eight segments of eight floors each. In Chinese-speaking cultures the number eight is associated with abundance, prosperity and good fortune. The repeated segments simultaneously recall the rhythms of an Asian pagoda (a tower linking earth and sky), a stalk of bamboo (an icon of learning and growth), and a stack of ancient Chinese ingots (a symbol of abundance). The four discs mounted on each face of the building represent coins. 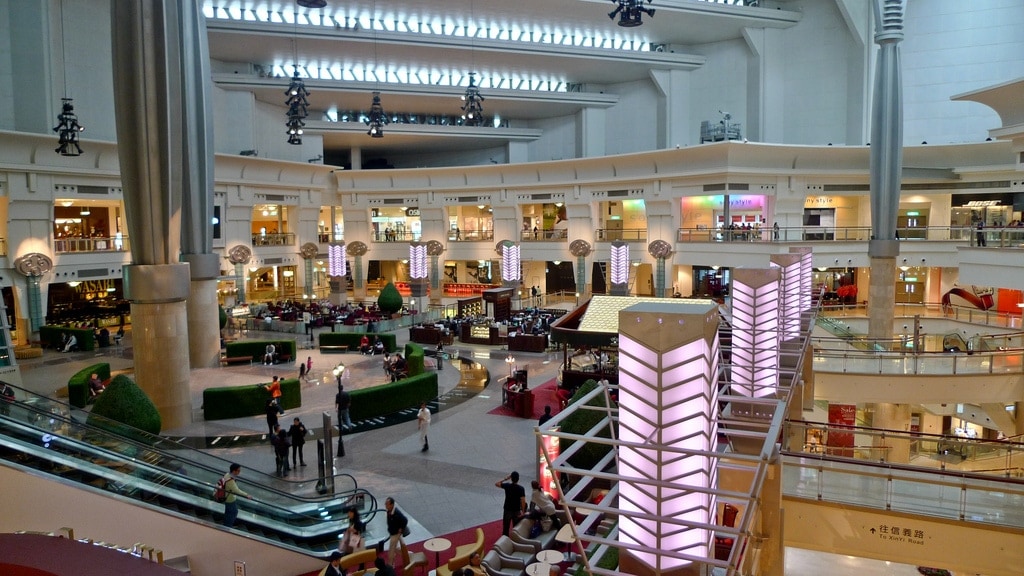 At the base is a huge shopping mall full of expensive shops which your forced to walk through in order to reach the lift to the observatory. At NT$ 400 (New Taiwan Dollars) each, tickets to the top don’t come cheap but it’s only something you do once so I can’t complain. The trip to the 89th floor observatory takes a mere 37 seconds courtesy of the worlds fastest elevators with top ascending speeds of 17 m per second (60.6 km/h, 37.7 mi/h). The lifts are pressurized so your ears don’t pop as much as they might usually when acceding so quickly. 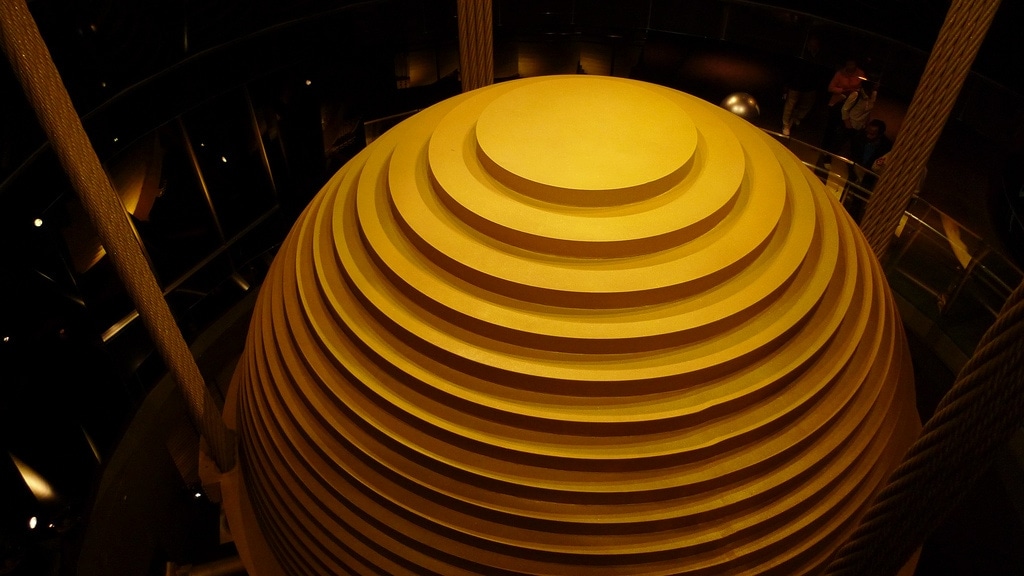 While the views are great what facinated me most was the 660-ton tuned mass damper which stabilizes the tower against movements caused by high winds or earthquakes (preventing damage or collapse). The damper can reduce up to 40% of the tower’s movements and is the largest in the world consisting of 41 circular steel plates welded together. 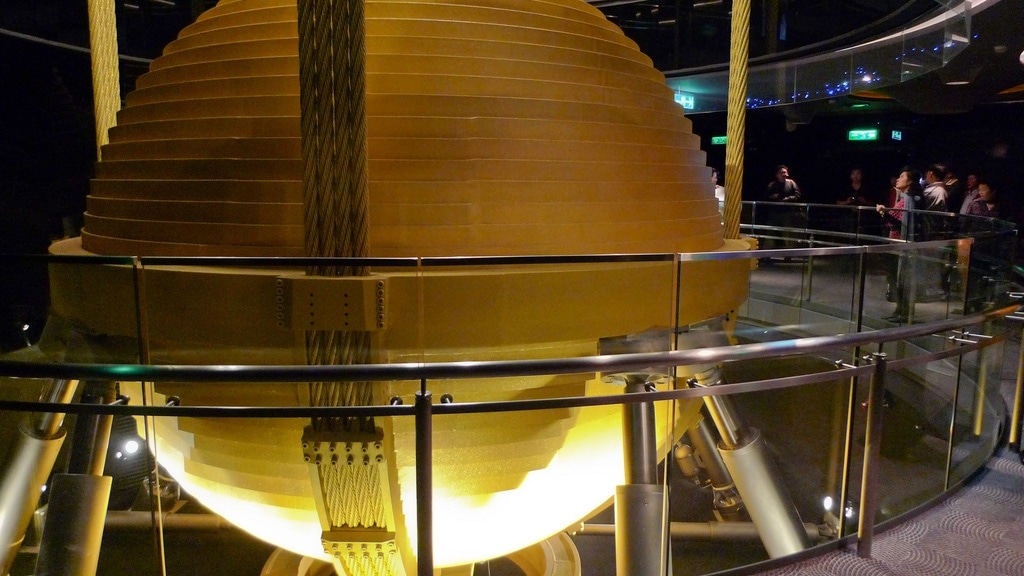 The sphere is suspended from the 92nd to the 88th floor by thick steel cables with hydraulic cylinders used to damp the motion of the skyscraper (caused by harmonic vibration). On rare occasions it can move up to 150 cm although I imagine it might be a little scary to be standing next to it at that moment. 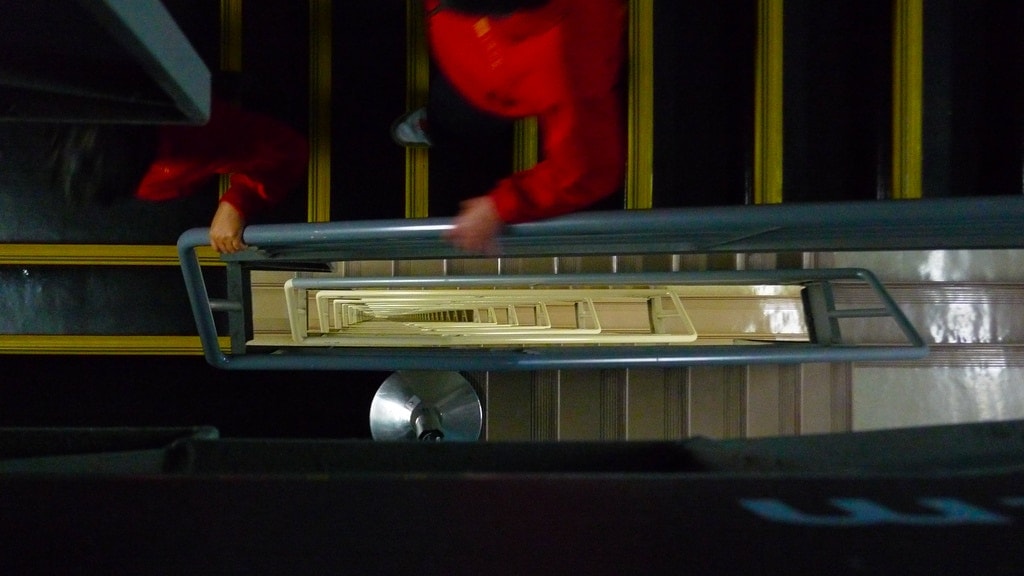 You can also ascend via a staircase to the 91st floor outside observatory. Looking down the between the gap in the staircase is dizzying in the extreme. Dropping my camera at this point would not have been a good move although might have captured a cool video! 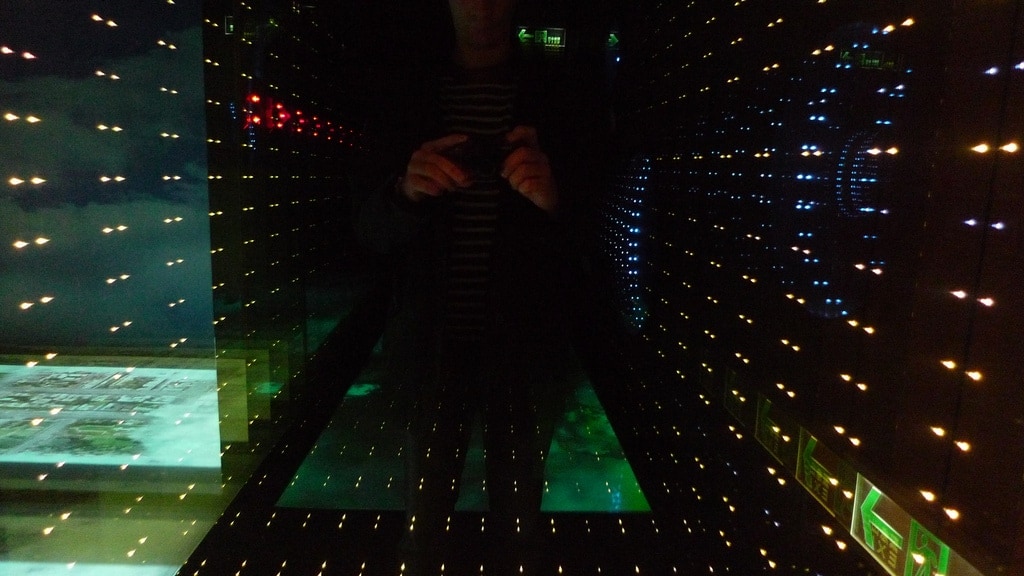 Interestingly the worlds three tallest buildings (Petronas Towers, Taipei 101, and Burj Khalifa) were all built in part by Samsung’s construction and engineering group (South Korea) – and there you were thinking they only made pretty TV’s!