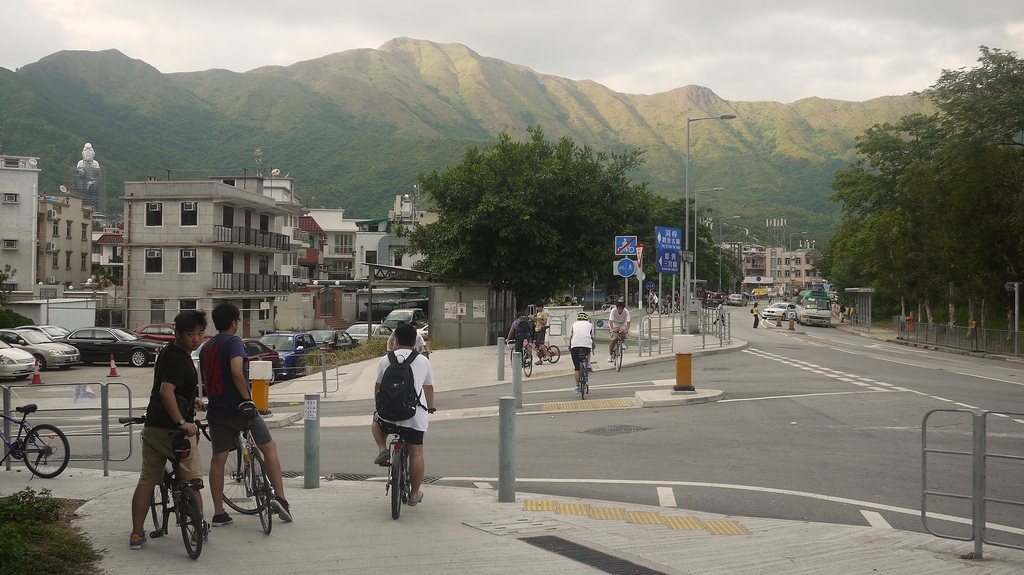 I’ve not been able to get out nearly as much as I would like to have in the last couple of weeks, however I did have a chance to go cycling in the New Territories of Hong Kong recently along a popular trail which goes from Tai Wai (大圍) to Tai Mei Tuk (大美督), a paved 20-kilometre path that provides some stunning harbour front views and passes by temples and parks. 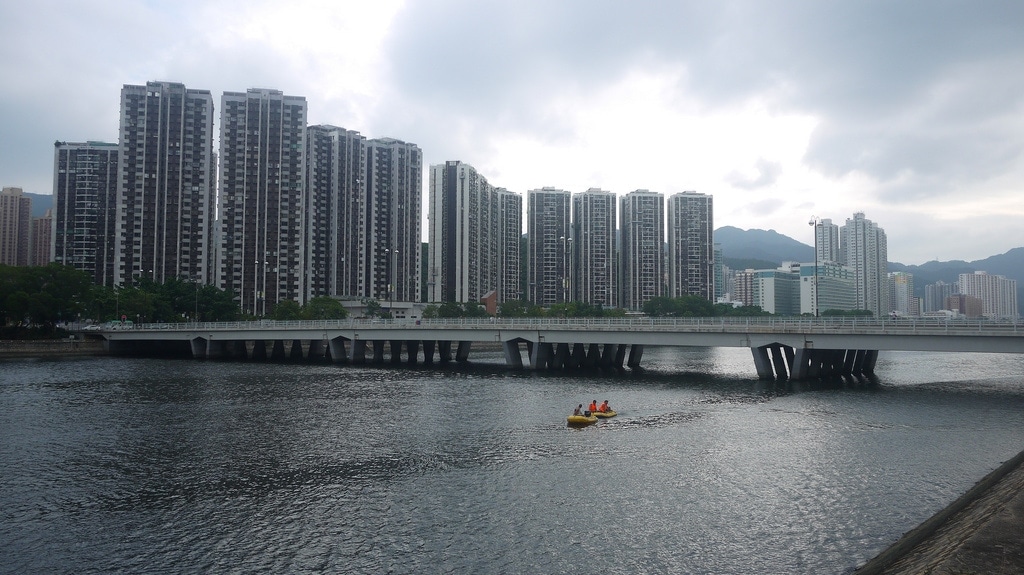 The trail starts at Tai Wai MTR station where you can rent a bike for around HKD $70 (cheaper weekdays) at one of the small shops right outside the station. You may remember from an earlier post that there are number of historic walled villages nearby that are worth a visit as you pass by. 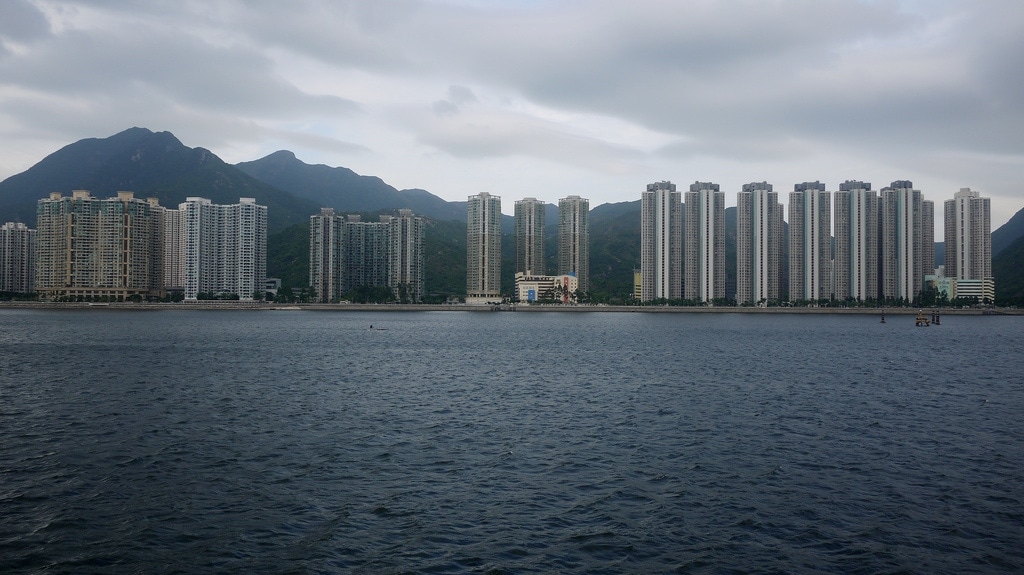 The trail runs parallel to the Shing Mun River (城門河) before opening out to the Tolo Harbour (吐露港) and passing by the Science Park at around the half way point. It was a bit of an overcast day so my photos don’t really do the views justice. 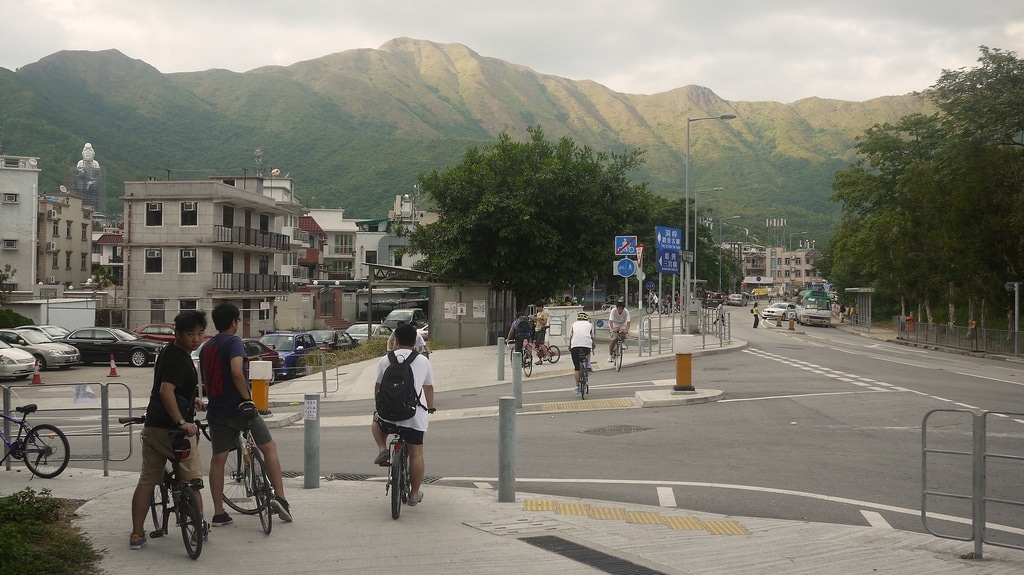 After cycling through Tai Wo Market (太和墟) or alternatively Tai Po Waterfront Park (大埔海濱公園) the eight peaks of the Pat Sin Leng (八仙嶺) mountain range rise into view in spectacular fashion. There are plenty of places to stop for a drink or a bite to eat along the route. Don’t let the mountains put you off – the cycle trail is almost entirely flat and physically separated from the roads. The only thing you’ll need to be careful of is other cyclists when it gets a bit busy at weekends. I passed two people who had been involved in collisions along the route. The final stretch toward Tai Mei Tuk takes you through some pleasant leafy avenues until you reach your destination where you are rewarded with beautiful views over the Plover Cove Reservoir (船灣淡水湖). Most of the bike shops allow you to return your bikes there. 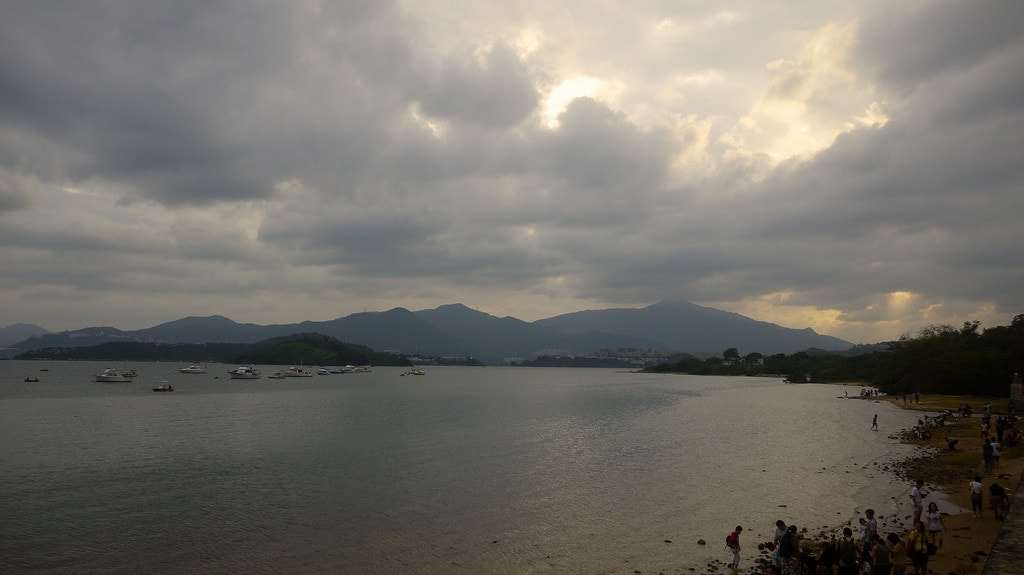 The entire ride takes approximately 2.5 – 3 hours (map) and further details can be found on HK Magazine Online. Highly recommended for all.