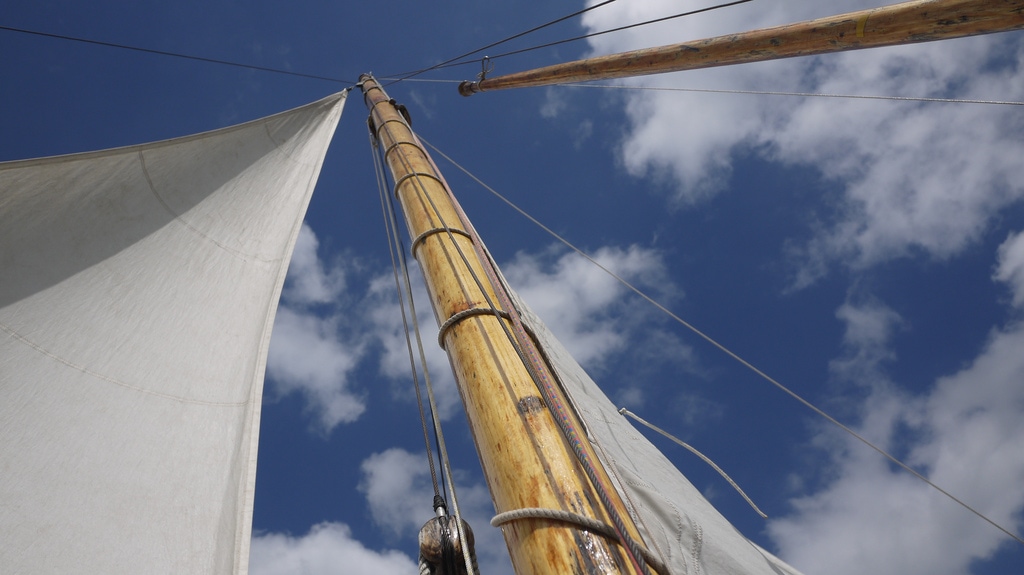 During my trip to the UK last month I spent the best part of a week at my parent’s home in Surlingham – a rather picturesque village in South Norfolk on the Broads (not far from Norwich). As with most of rural Norfolk, the surrounding area is low-lying, sparsely populated and predominantly farmland – the perfect getaway from the megalopolis where I usually reside.

The Broads are a network of mostly navigable rivers and lakes which were the result of Mediaeval peat excavations which later flooded. The typical Broads landscape consists of reed beds, grazing marshes and wet woodland. Today it’s a National Park and a popular destination for yachting holidays (mostly motorboats).

My parent’s boat is a traditional wooden sailing dinghy/yacht with a small cabin, typical of many of the boats in the area. Named ‘Nirvana’, it was built in 1912 making this year its centenary birthday – rather unbelievable when you think about it!

For all its 100 years of experience, it’s still pretty fast under the right wind conditions although the day we went out was relatively calm.

Although the River Yare is quite wide in places, it usually requires you to tack (sail in a zig-zag pattern) depending on the tide and wind.

New sailors better watch out when jibing (turning downwind) otherwise they may end up with a nasty lump on their head (or worse)!

The boat is left in the water during the summer months but is brought undercover during the winter when repairs are made (usually multiple coats of varnish). The hull is coated in a special paint to stop things growing on it.

The small sail at the front is called the ‘jib’ and the one at the back the ‘mainsail’. It takes two people to sail a boat of this size – one steers the rudder and controls the mainsail while the other holds the jib and keeps their eyes open for other boats which might be heading on a collision course.

Believe me, my young friend, there is nothing – absolutely nothing – half so much worth doing as simply messing about in boats.

Kenneth Grahame, The Wind in the Willows

In the evening we had the most delicious beer battered fish and chips sitting by the riverside at Coldham Hall pub – the fish was caught locally. I’m already looking forward to my next visit.