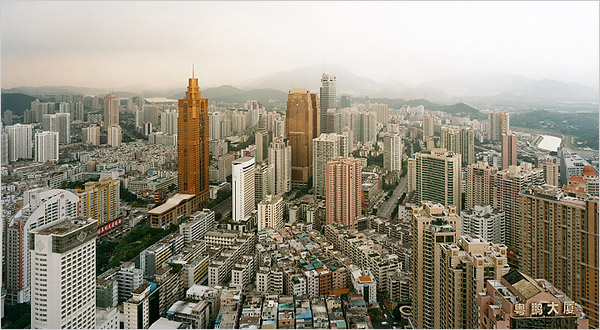 Photo by Sze Tsung Leong for The New York Times

A little over a month ago I posted about my desire to relocate and work in China again. Well, after a great deal of research and interviews at odd hours of the day and night I’m pleased to be able to announce that I will be relocating to Shenzhen (next to Hong Kong) in just over a months time!

I’ll be working in the same field as I do currently but in a slightly different role for a new company and, all going well, intend to stay out there for a couple of years at least. I’m a little sad to be saying goodbye to London which has been my home for the past 3 years but feel ready for a change, new challenges and above all an adventure!

The process of obtaining a work permit and the appropriate visa (type Z) is the first hurdle on my journey which is so far proving to be a complete nightmare. Not only am I required to submit verified copies of all the usual documents but also have to provide comprehensive medical reports, criminal records (of which I of course have none!), and education certificates. Frustratingly no official documentation is available for the process which is eating a lot of precious time and money but, keeping the end goal in mind, worth it!

A Little About Shenzhen

Shenzhen is a city of over 12 million people which only 30 years ago was a small fishing village until becoming China’s first Special Economic Zone in 1979 under the leadership of Deng Xiaoping. With the help of massive foreign investment, it has since grown at a rate unseen in human history before and is now the largest manufacturing base in the world (your iPod/iPhone was born there!) and southern China’s major financial hub.

With no recognisable centre, Shenzhen is a city like no other and has been described as a “vast field of urban experimentation” for modernist architects who have thrown the concept of the 20th Century city right out the window. Much of this highly dense skyline was built in the last decade and its populous is a mix of intellectuals with a high level of education, and migrant workers.

Its proximity directly north of Hong Kong has further propelled its development and there are even plans for the two cities to integrate over the next decade to create a metropolis large enough to rival New York and Tokyo. Whilst it might have close neighbourly ties the cost of living in Shenzhen is considerably lower.

With average temperatures of 22°C year-round (around 34°C currently), it’s certainly going to take some getting used to for someone used to English weather! Whilst I have never been to Shenzhen I can’t wait to get there 🙂

Last but certainly not least, many thanks to everyone who has offered help and advice. I have no doubt I will be asking for many favours over the coming months as I adjust to this new life so please bear with me!