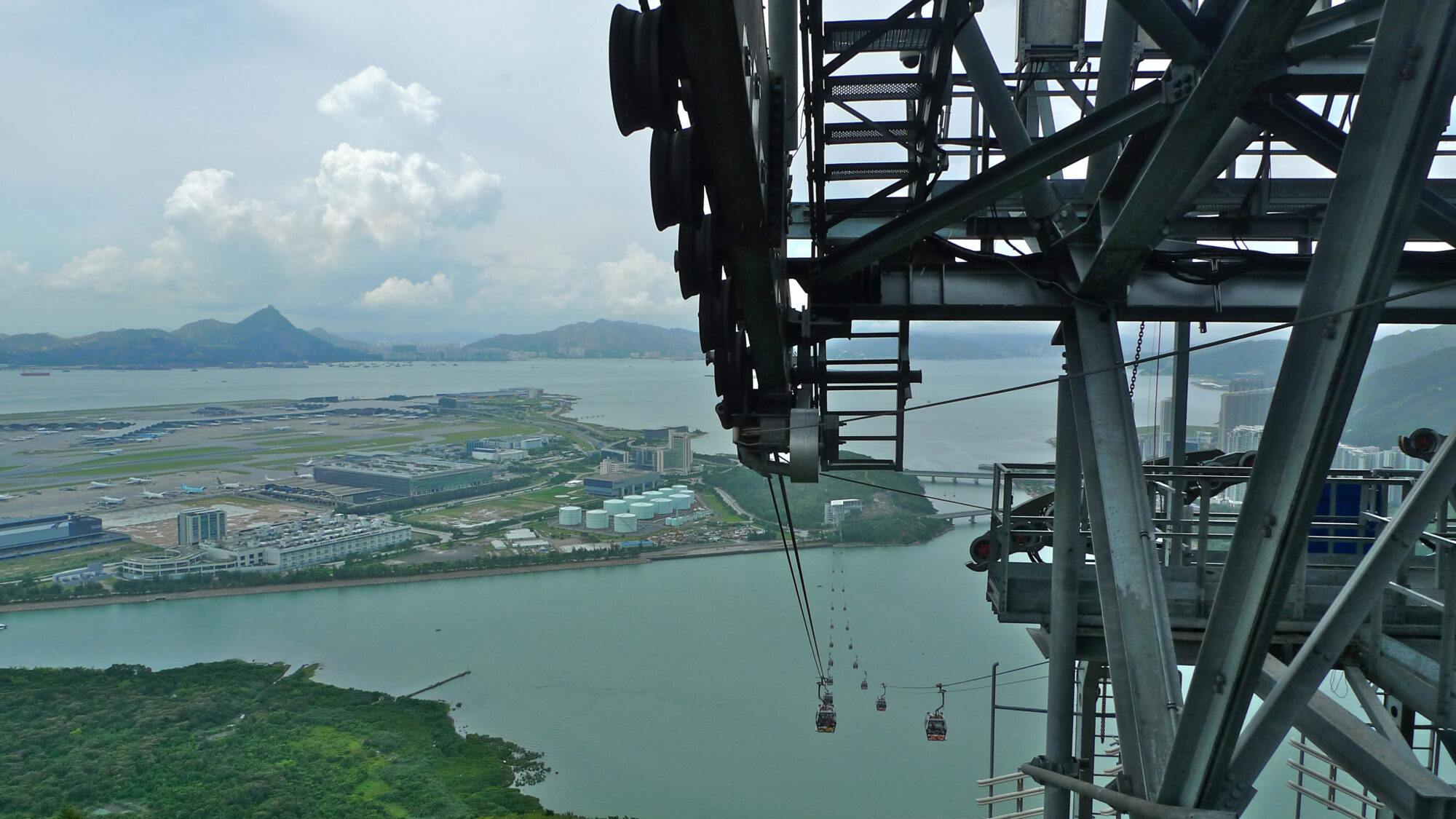 One of the highlights of my previous weekend in Hong Kong was taking the Ngong Ping 360 cable car up Lantau Island (from Tung Chung). It nearly didn’t happen due to a thunderstorm which shut things down for about half an hour but on the plus side did shorten the queues considerably!

The 5.7km journey takes about 25 minutes offering spectacular views of the surrounding mountains and airport (which was built on reclaimed land). It’s a bit pricey, starting at 96 HKD for a standard cabin and 157 HKD for a crystal cabin (one with a glass floor) – even more on “special days”. We choose the latter, primarily because the queue was much shorter and we were on a tight schedule.

Don’t look down now – floating on about an inch of hardened glass. In 2007 a cabin fell off and crashed into the mountainside. Luckily it was during a test run and nobody was hurt but subsequently, the operator and brand name was changed…

If you’re afraid of heights or flying then this might be something you want to avoid but otherwise, it’s an exhilarating ride and an impressive feat of engineering. After reaching the top you arrive at the Ngong Ping Village which is a ‘cultural attraction’ of sorts but doesn’t hold much interest as an unauthentic re-creation aimed squarely at tourists.

One thing which is worth taking a closer look at is the giant bronze Tian Tan Buddha which sits next to Po Lin Monastery nearby (built 1993). At 34 meters tall and weighing 250 tonnes it certainly makes an impression on the surrounding landscape. When we first arrived it was shrouded in mist but after climbing the 260 steps to the top things began to clear up providing a beautiful vista over the other small islands below.

Descending by the same way we had come up I was able to shoot a short video to give you a feel for the sort of dizzying heights we’re talking about (luckily the weather had cleared up at this point):

Well worth the visit if the skies are clear and you have a few hours to spare (be warned the queues can get very long on either end).