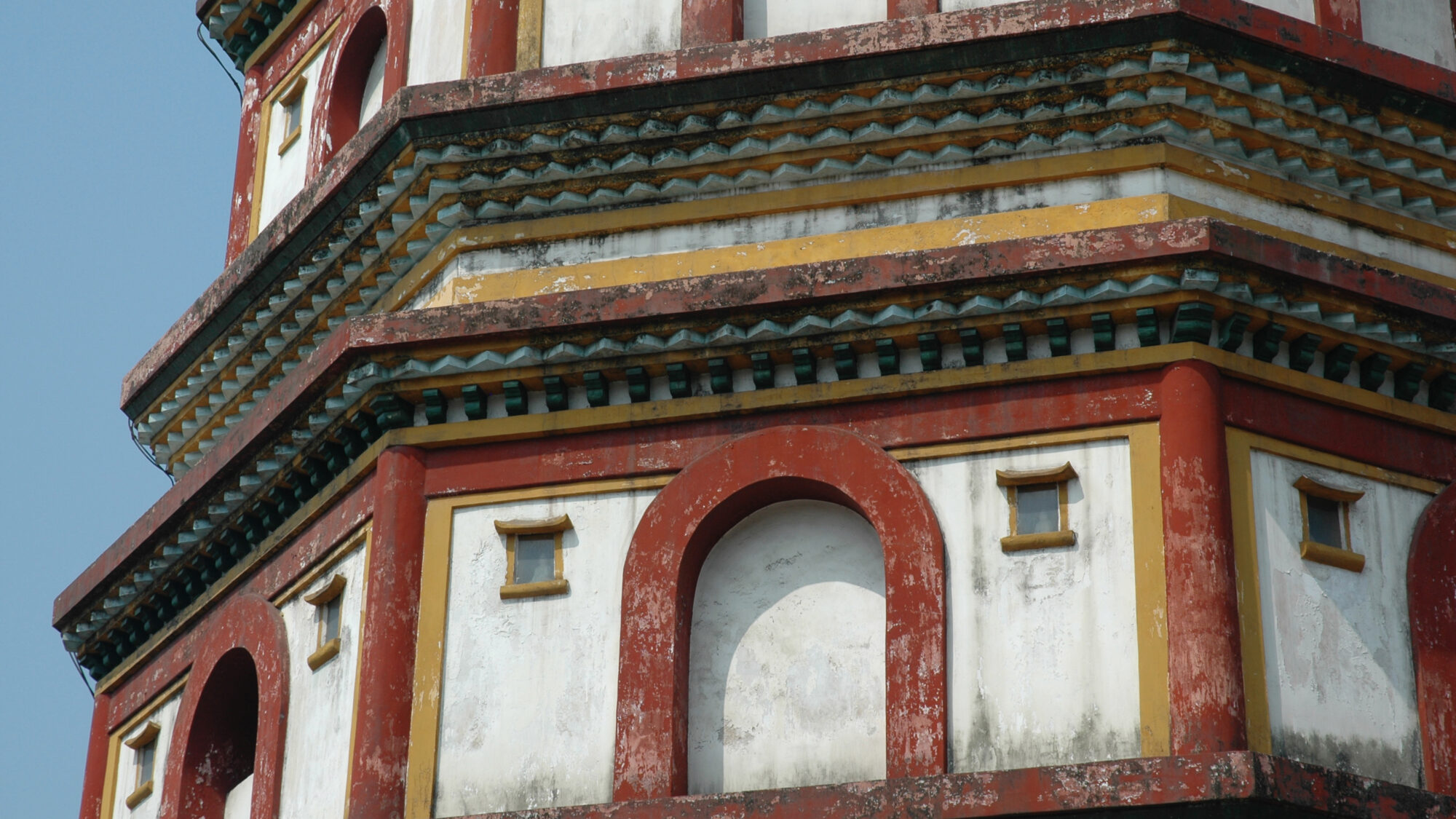 During the National holiday last week, I took a brief trip out of Shenzhen for a couple of days to the small city of Shaoguan, a 4.5-hour journey inland, to visit a friend at the university there. On the way out I took the train which was a first for me in China. Despite all the dire warnings people had given me about trains in China (dirty, unsafe, crowded…) the one I was on was actually quite pleasant, albeit a bit slow. The family I sat next to was even kind enough to give me some of their food for lunch – not something you would ever find in the UK (although it might have had something to do with me practising English with their child!).

Shaoguan itself is an unremarkable city that frankly I found dirty and chaotic; not particularly pleasant. One of the students there remarked to me that it was the same as thousands of small cities across China which I found a rather depressing prospect, if not for me, but for their inhabitants. That said, there were a few bright spots and I really enjoyed visiting Namhua Monastery there. As it was the holidays it was crawling with curious devotees and was clearly a good day for the Monk’s finances!

Along with the usual burning and praying there was a man who was methodically going around the entire site and flinging himself to the floor in some sort of ritual every couple of steps. He looked a bit manic and I couldn’t quite work out if he was a Monk or not.

Aside from this, there isn’t much more to report about the city. I ate in manly very small and very local restaurants of varying quality (and probably cleanliness). What I won’t forget about the food is probably the spiciest noodle soup I’ve ever tasted – I was quite literally crying from the intensity of the heat and had to give up about halfway through. Turns out my friend had asked them to make it extra spicy!!

My lasting memory will be getting locked in a shower with the door jammed and nobody outside to help – I ended up cutting my hand trying to get it open and then in my white rage kicked the door in. It was probably actually a good thing nobody was around to see that and no doubt returning students will wonder why there is blood splattered over the wall!