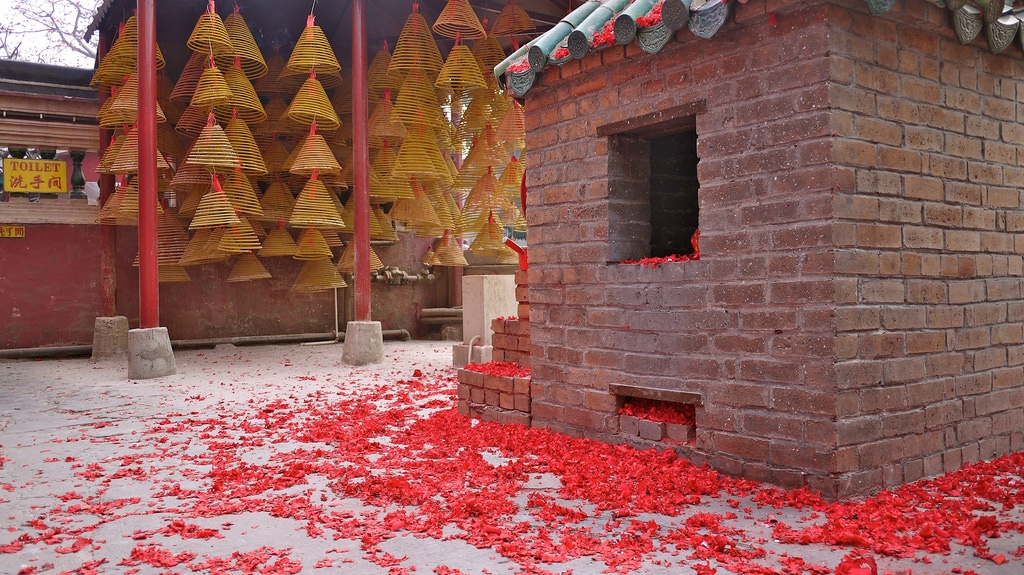 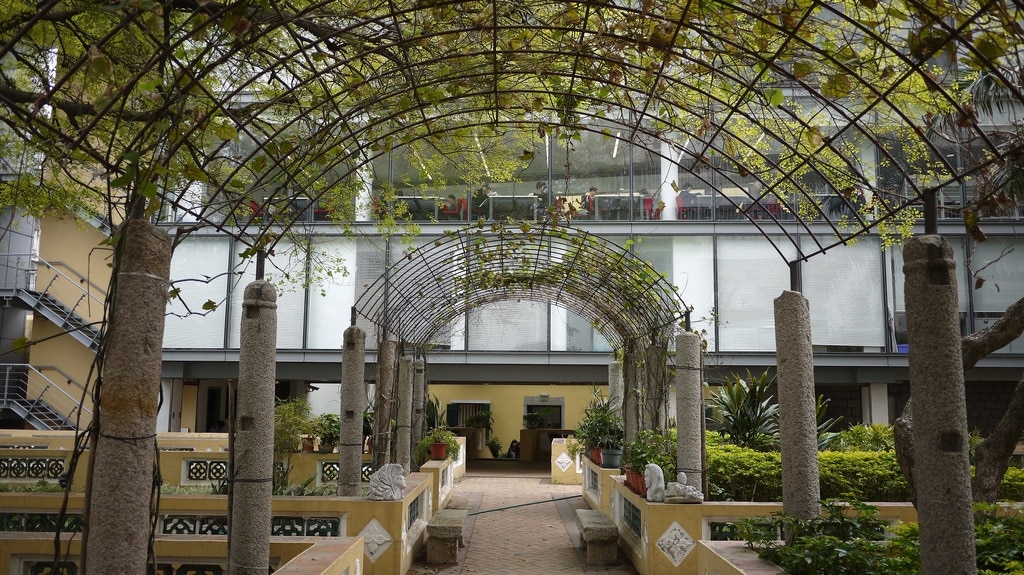 At one point Sir Robert was the richest man in Hong Kong and upon his death in 1955 the building was presented to the government for conversion to a public library. At its front and rear there are beautiful gardens which are open to the public where free wifi is also provided. After a short break I continued along the road passing by St Augustine Church which dates from 1814. 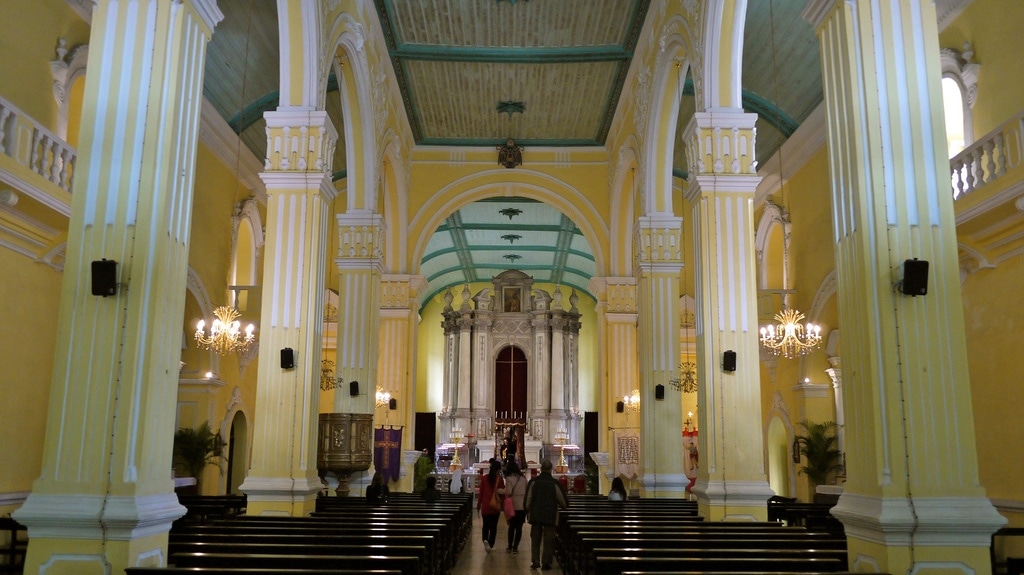 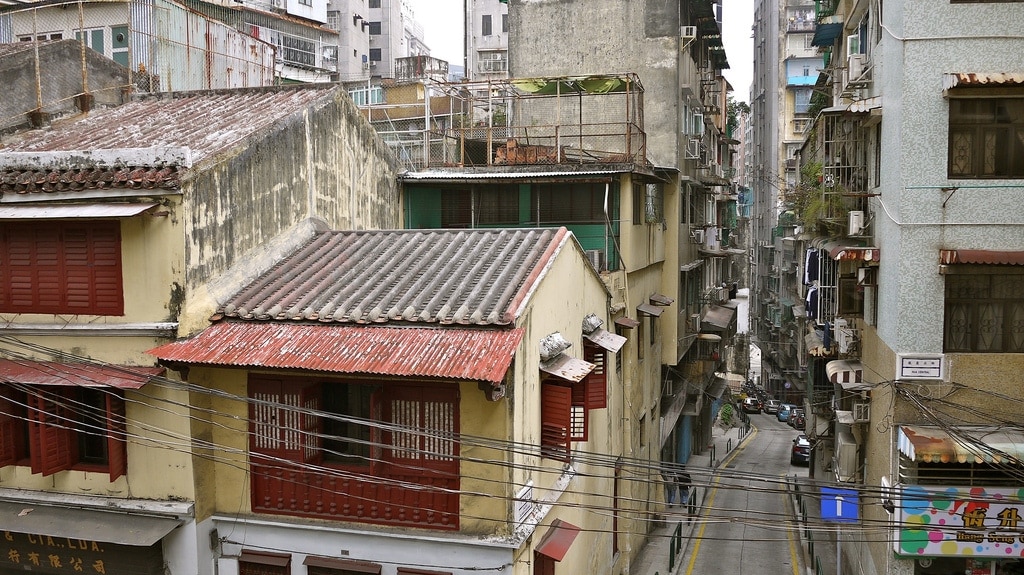 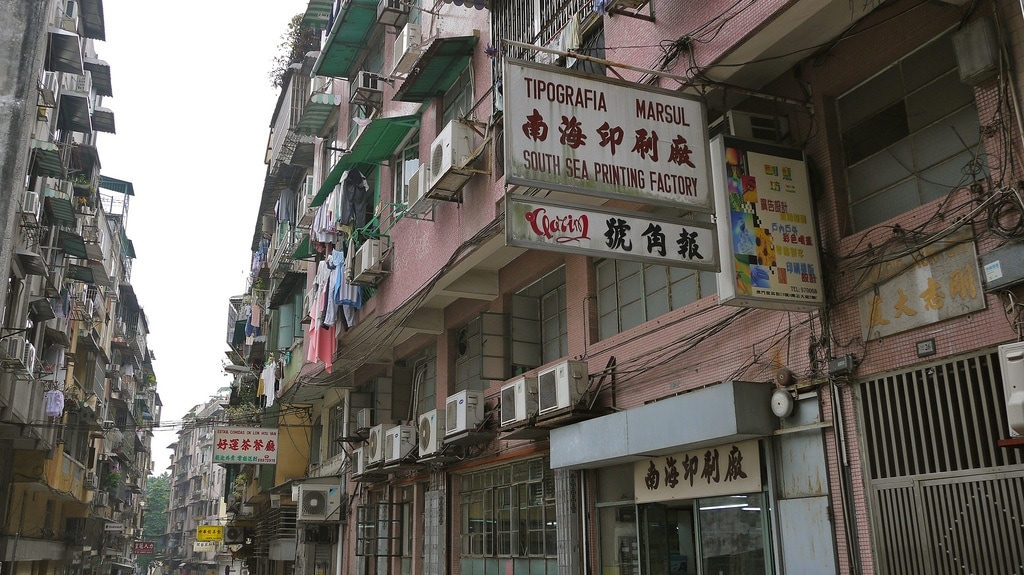 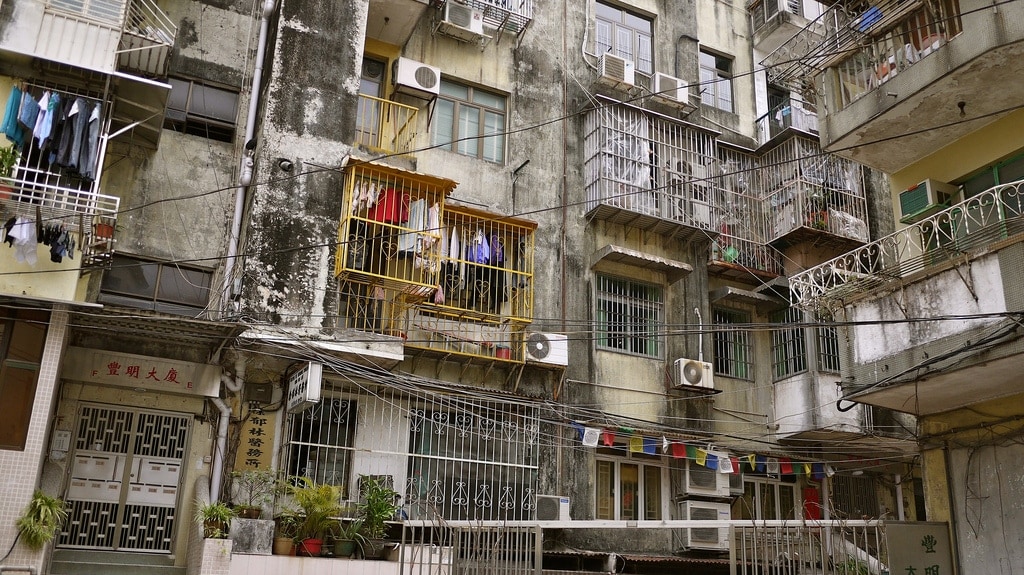 As with many places in China people keep strong bars over their windows to keep burglars out. Some cities have started to outlaw them since they become a major hazard in the event of a fire since they make it more hard to escape as well as enter. 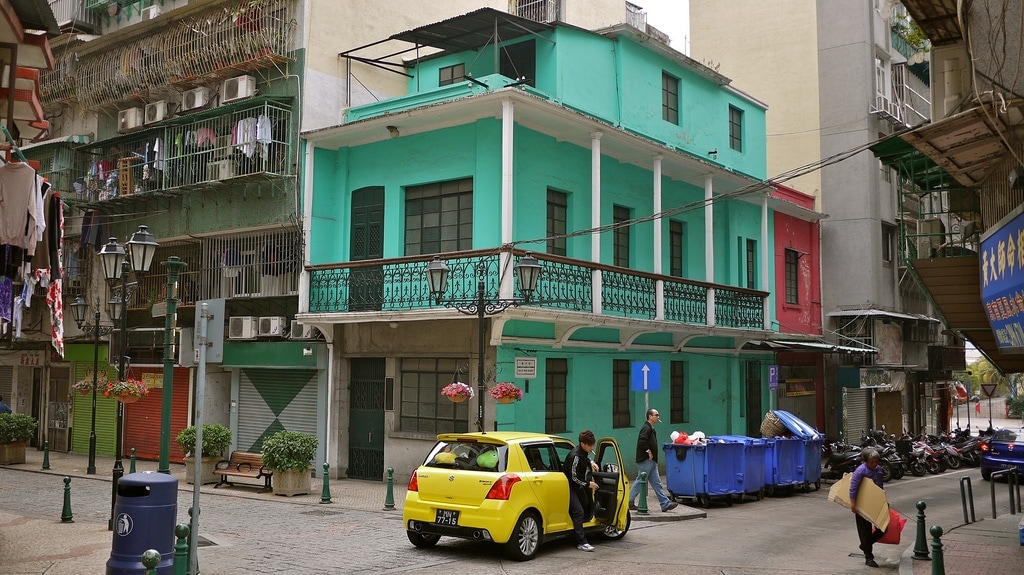 The old and the new often clash in Macau but somehow the cacophony of different styles work together quite well. I noticed there seemed to be a lot of people driving done-up cars for some unknown reason. 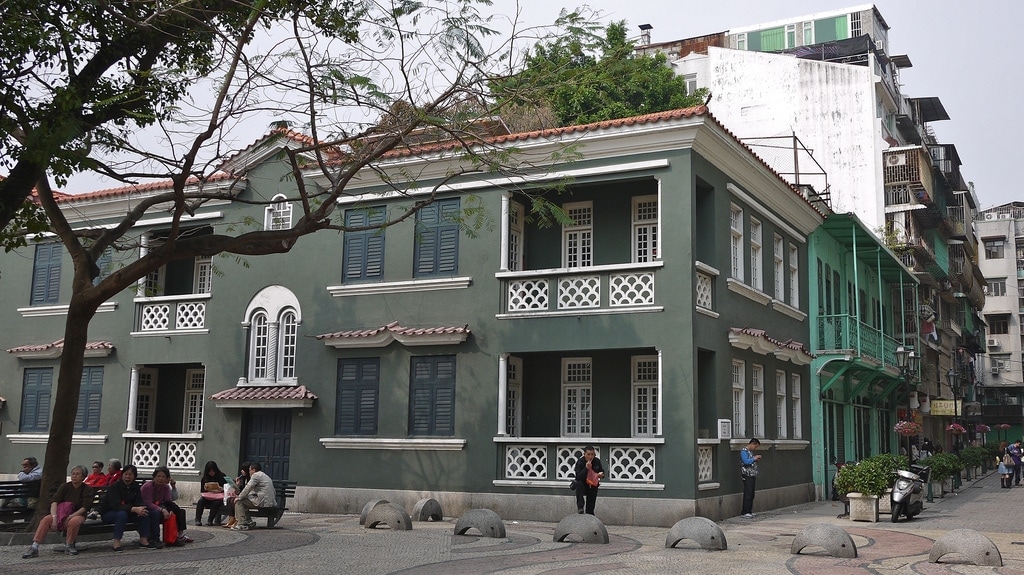 In typical European style Macau contains lots of small squares interspersed within the city where people can sit enjoy the relaxed atmosphere. Here in Barra Square there are many old banyan trees which provide much-needed shade on a warm afternoon like this. 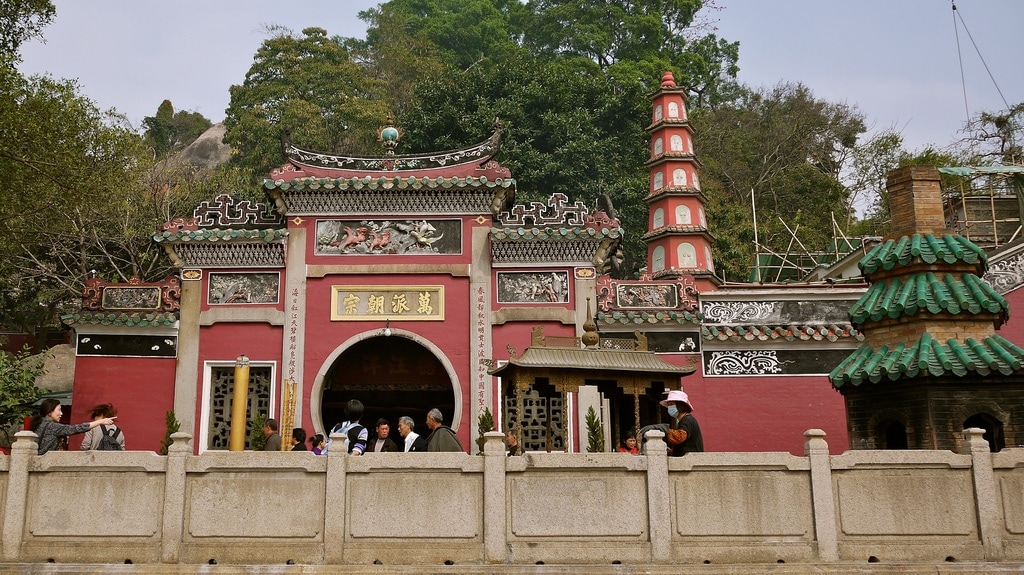 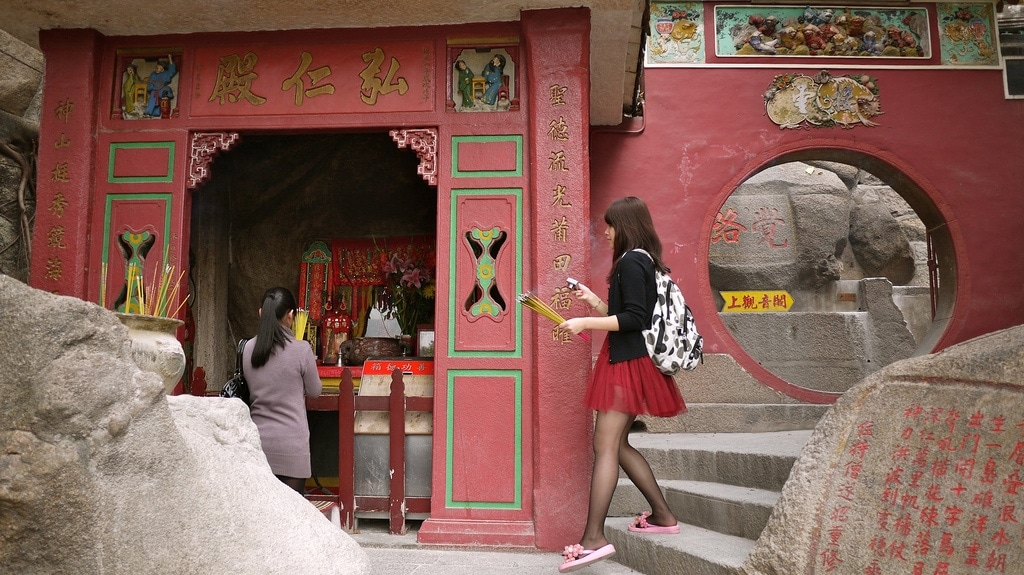 I spotted a girl holding a bundle of burning incense sticks while she waited to pray at the shrine – I wondered if she’d picked that outfit especially to match the temple? 😉 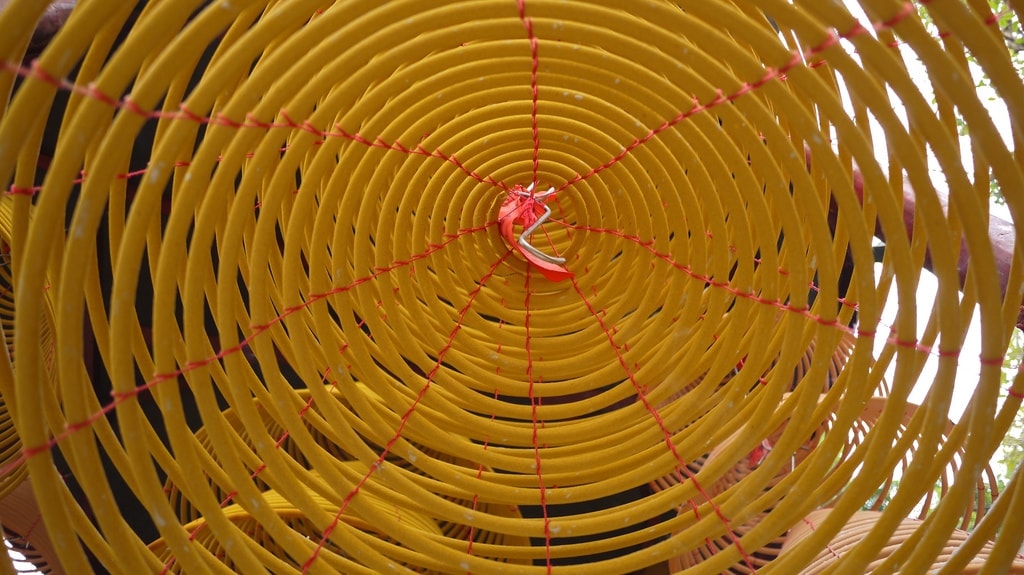 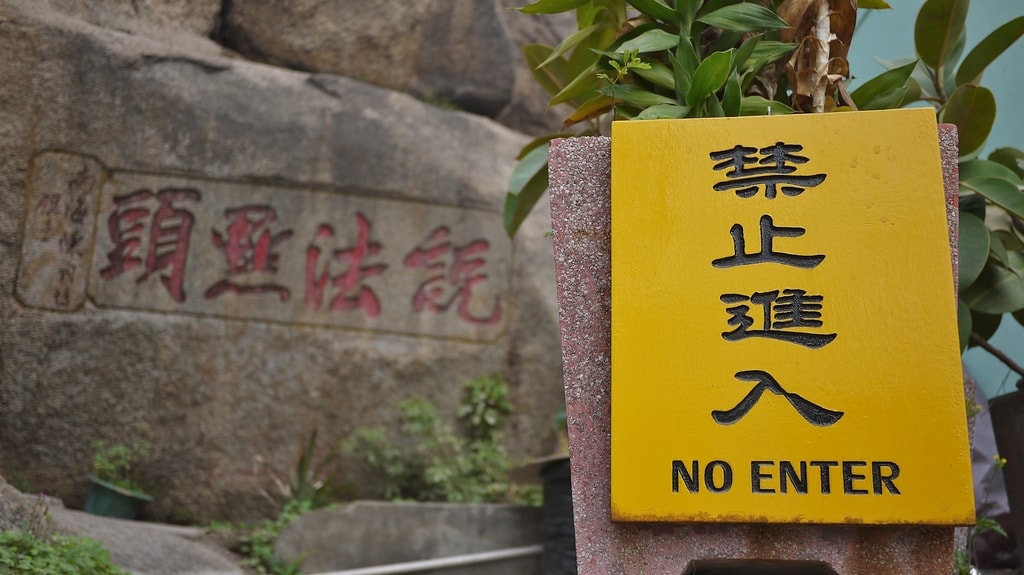 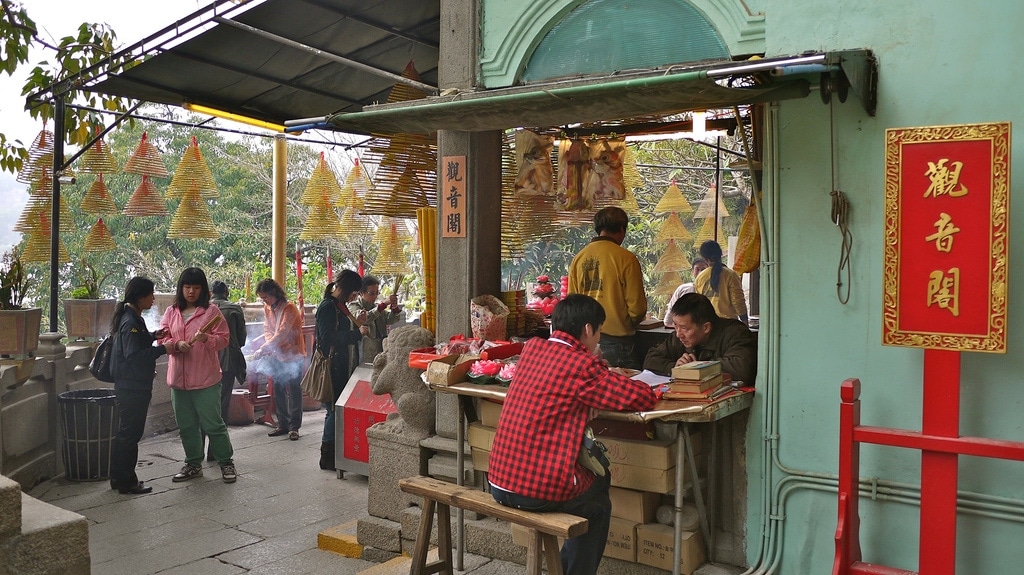 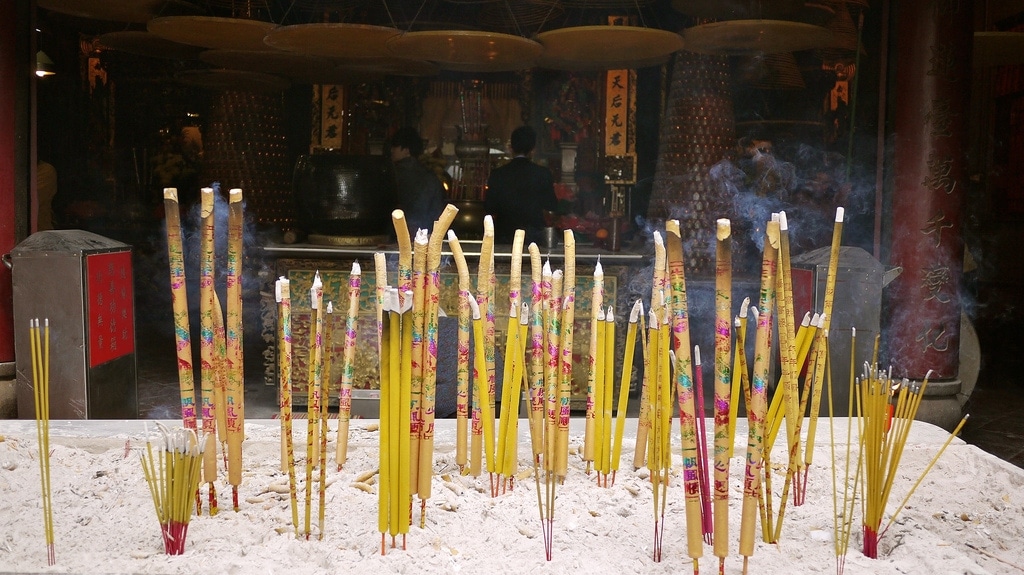 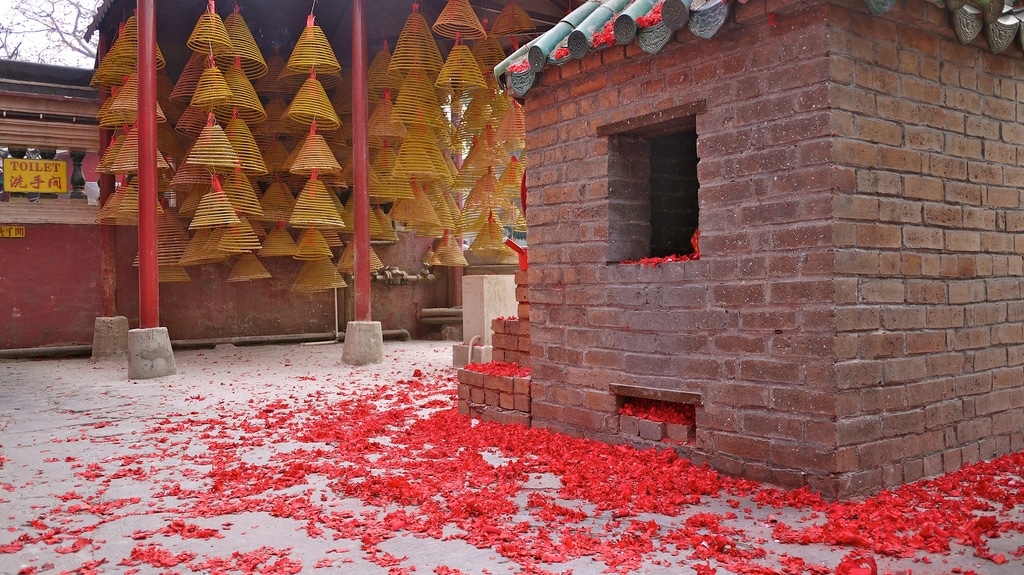 This place clearly gets through a lot of incense each day. It is reputed to be a method of purifying the surroundings, bringing forth an assembly of buddhas, bodhisattvas (an enlightened-being), gods, demons, and the like. 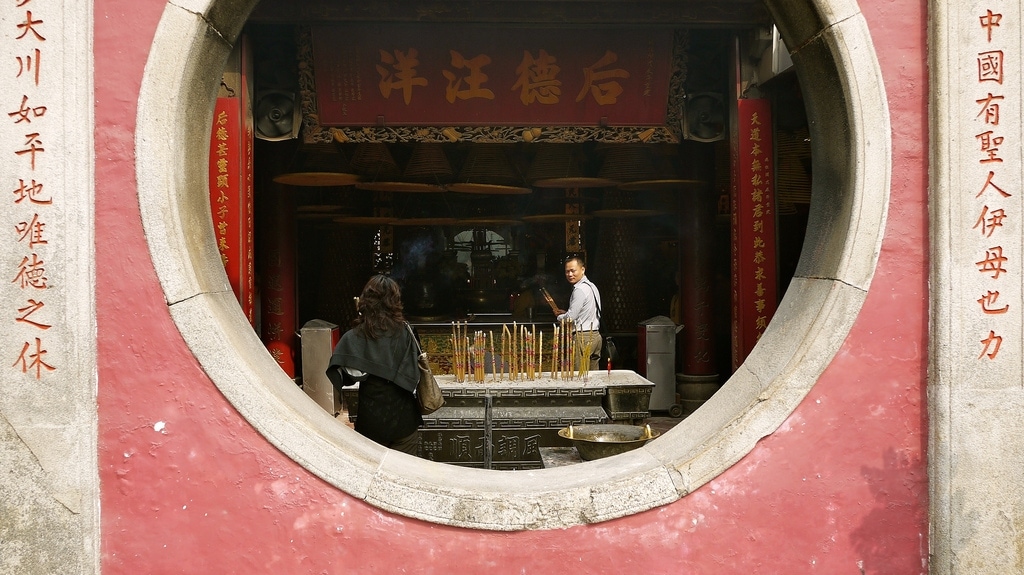 Outside most temples you’ll find small shops selling incense to worshipers on their way in. These ladies looked like they’ve been at it for some considerable time. In Part 3 of this series we’ll venture inside an old traditional community and take a look at another side of life in Macau.