Its been pretty busy the last week or so with deadlines a plenty and always something needing to be looked into, primarily being the SEG project which is nearing the end of implementation, and looking pretty good if I do say so myself! I would post a link but until the official deadline its still all shrouded in secrecy. Unfortunately most of the snow from the weekend is now gone leaving behind some very icy pavements 🙂

I saw another great Japanese film a couple of days ago called Kairo (or Pulse to you and me!). Its another psychological thriller with deeply philosophical and profound messages lurking under the surface of its modern approach to the genre. 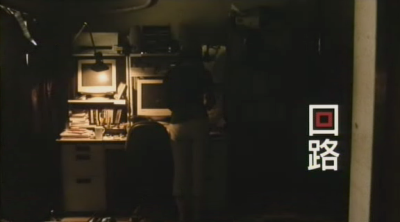 Kairo is based around two parallel stories: the strange events taking place among the employees of a Tokyo plant sales company, and similar happenings in the life of a young economics student, Kawashima Ryosuke and a computer scientist Karasawa Harue (who makes CS look a lot more fun that it really is!). 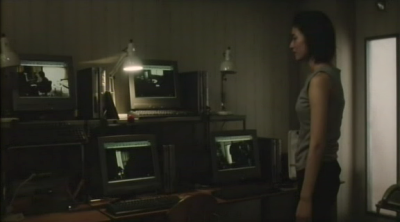 From what I gleamed from the fairly heavy plot ghosts/spirits (call them what you like) are somehow crossing over to the ‘real’ work, using electrical equipment as conduits for their transport. They begin feeding off peoples sense of loneliness and isolation and slowly the population mysteriously dwindles until only the principle characters are left. Eventually both parties join up under pretty tragic circumstances and things come to a climax. 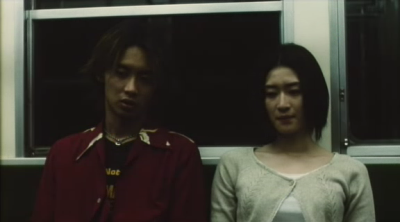 Kairo is a pretty amazing piece of work: its cinematography is so dark, surreal and murky it makes your eyes hurt; potent and resonant imagery that weighs heavy on the mind long after seeing it; no shocks, but instead deep, dead chills that make the viewer have to consider the central philosophy of the film and fear for the future. All in all an awesome, totally essential film.