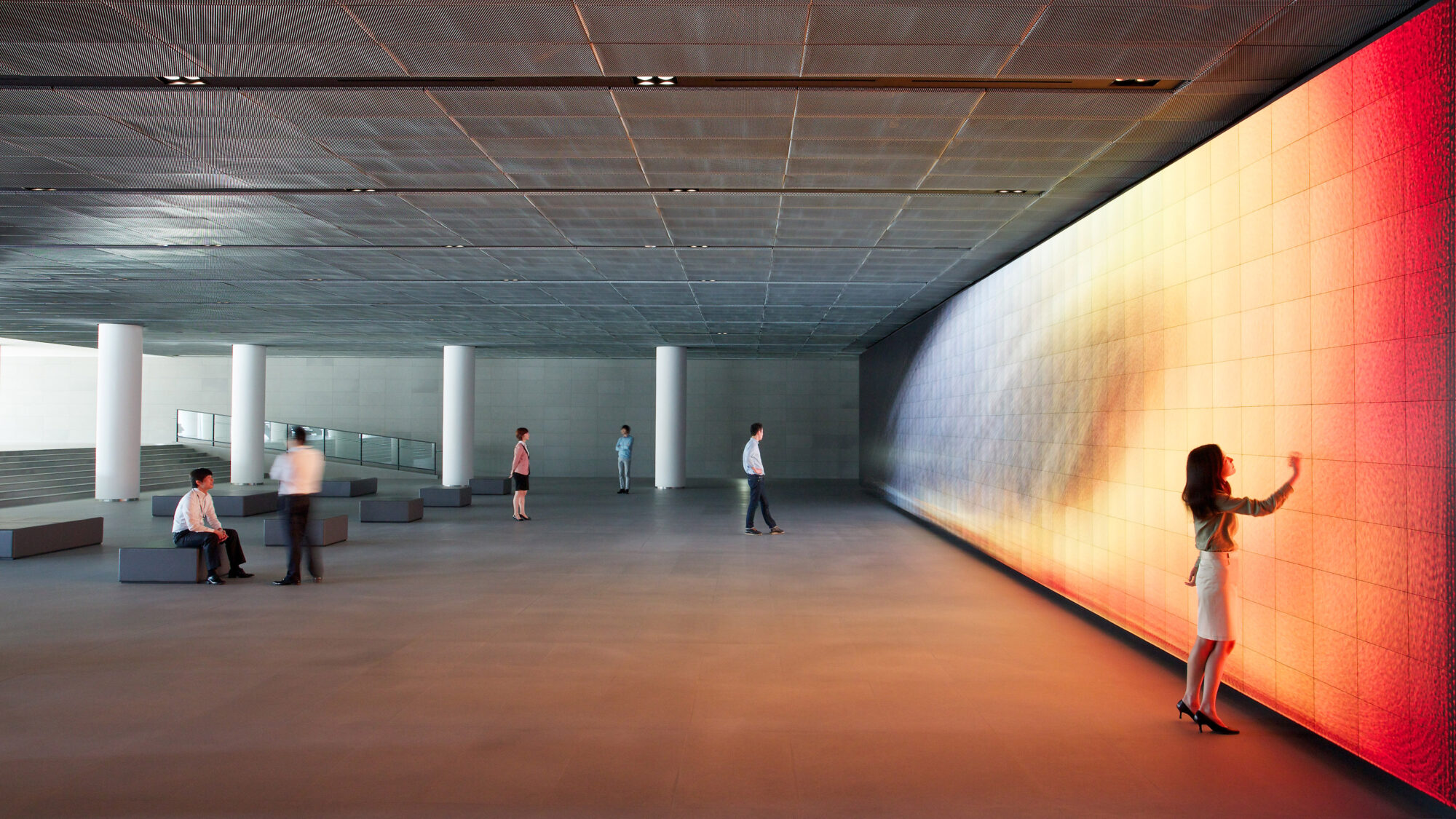 What do you do if you’re in charge of a multinational chaebol and have a few million dollars left in your budget to spare? You create awesomely cool kinetic artwork. Hyundai recently commissioned two stunning installations in South Korea from different art and design studios. Despite being corporate advertising both are stunning.

Hyper-Matrix was created for the Hyundai Motor Group Exhibition Pavilion in South Korea, at the 2012 Yeosu EXPO site.

The installation consists of a specially made huge steel construction to support thousands of stepper motors that control 320x320mm cubes that project out of the internal facade of the building. The foam cubes are mounted to actuators that move them forward and back by the steppers, creating patterns across the three-sided display. Comprised of what at first appear to be three blank white walls, Hyper-Matrix installation quickly comes to life as thousands of individual cubic units forming a field of pixels begin to move, pulsate, and form dynamic images across the room, creating infinite number of possibilities in the vertical, 180 degree, landscape. In addition, as the boxes are arranged at only 5mm narrow intervals, the wall can also be a nice moving screen for the images projected on to it.

Made By Humans by Universal Everything

Made By Humans was created for the Hyundai Vision Hall at their corporate university in South Korea.

As the founder and creative director of Universal Everything, Matt Pyke leads a creative mission to create gorgeous visual spectacles on screen that, while they will never be attained in physical reality, reinterpret the nuances of natural human motion.

His effectiveness with capturing movements and transforming them into sweeping animated forms allows him to show us shapes we have never seen before while preserving the individual human element in all his creations.

Transfiguration (2020) is a reworking of the Universal Everything studio classic from 2011: