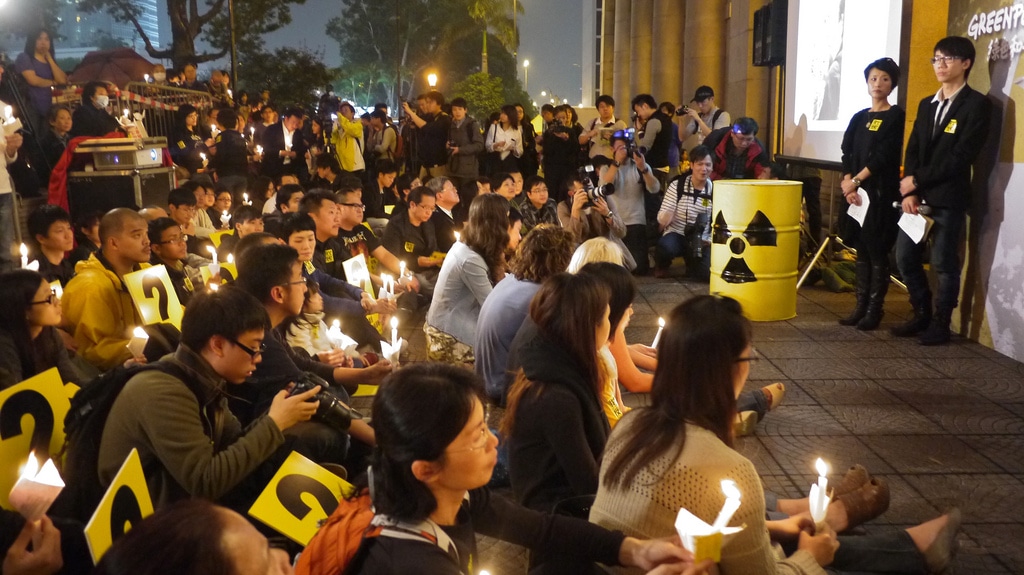 Last Sunday I attended what I thought was going to be a vigil to remember the victims of the tsunami in Japan organised by Greenpeace in Hong Kong which was held at Central Statue Square. What I hadn’t bargained on was that it would be hijacked by them as an anti-nuclear demonstration instead. 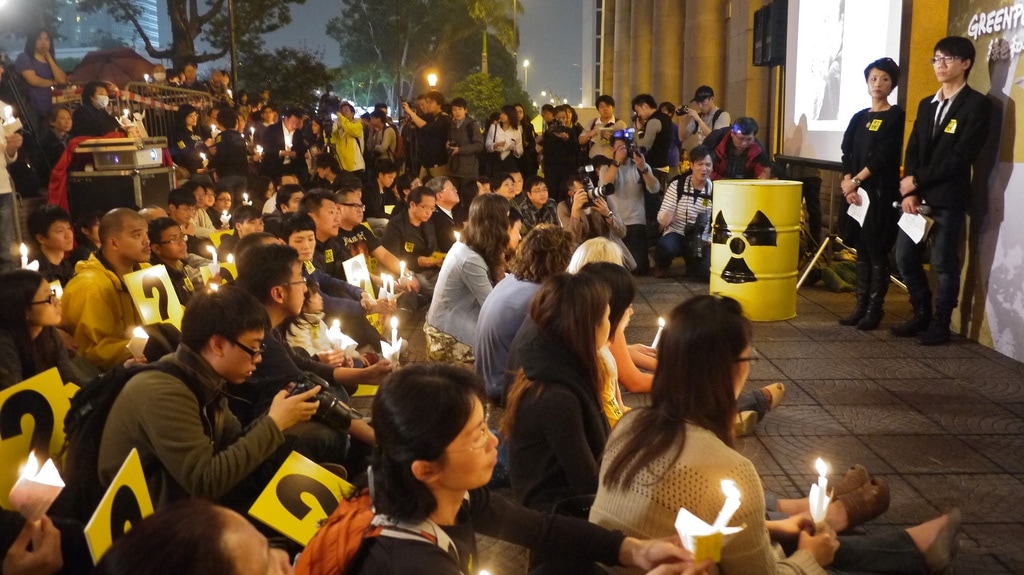 While I think most people had attended in good faith I found it somewhat disingenuous that the plight of a nation had been twisted towards Greenpeace’s own agenda. The people of Japan are suffering from the effects of a natural disaster (earthquake + tsunami) and the nuclear situation is simply a byproduct of this – NOT the cause. 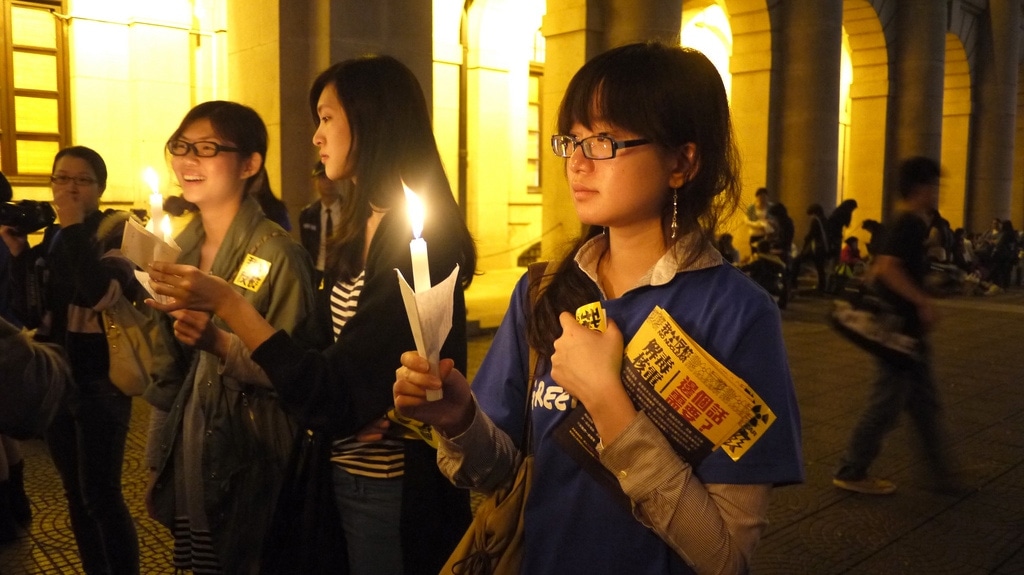 Greenpeace is campaigning specifically in Hong Kong to try to raise awareness around the risks involved in the development of nuclear energy in the region and to ultimately halt proposals for expansion. In all fairness they do have a compelling argument but this isn’t the point; people had come to remember Japan, not be lectured about the dangers of nuclear energy. 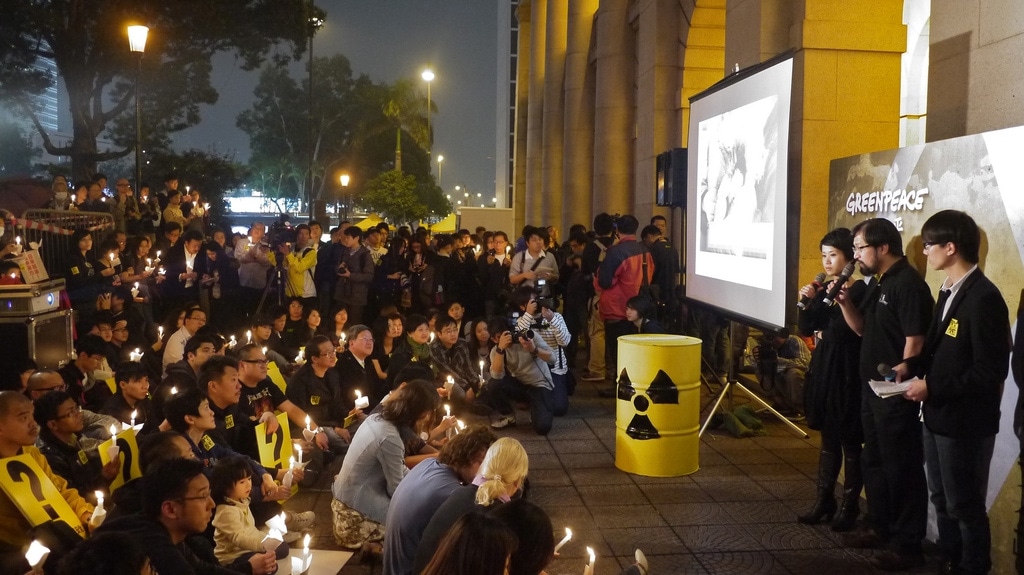 What really annoyed me was that they were showing images of victims and the destroyed cities on a projector screen while discussing nuclear safety when the two are entirely separate. To me it was morally and ethically wrong for Greenpeace to hijack the disaster to promote their own propaganda. 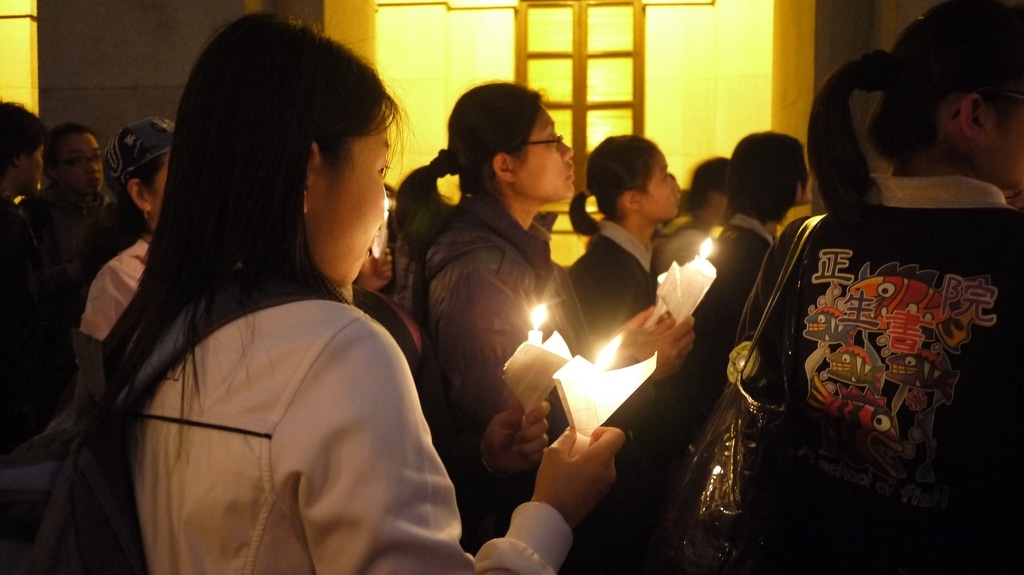 My own personal opinion is that nuclear energy is a necessary evil required until renewable technology is sufficiently developed to replace it. It’s clearly not ideal but we are left with little choice in a society so hungry for electricity – asking people to reduce their consumption just isn’t going to work unless they are personally impacted in some way. 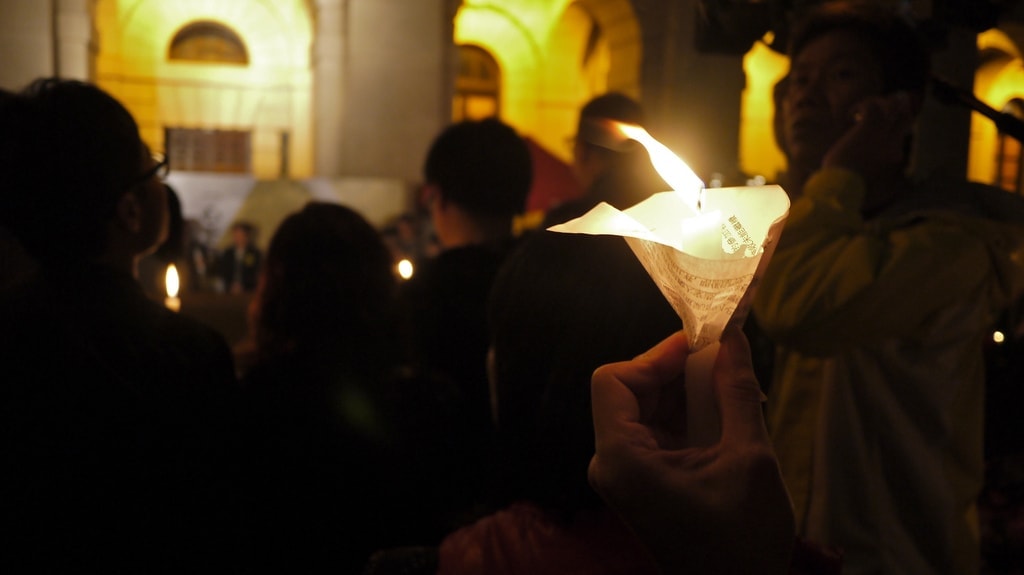 As was pointed out here, an aging atomic reactor has just been subjected to one of the harshest of possible tests, and considering the scale of the catastrophe is holding up remarkably well. Before jumping to conclusions or pointing fingers lets take a moment to remember the people who have lost their lives and those who are still suffering the after effects of its impact.