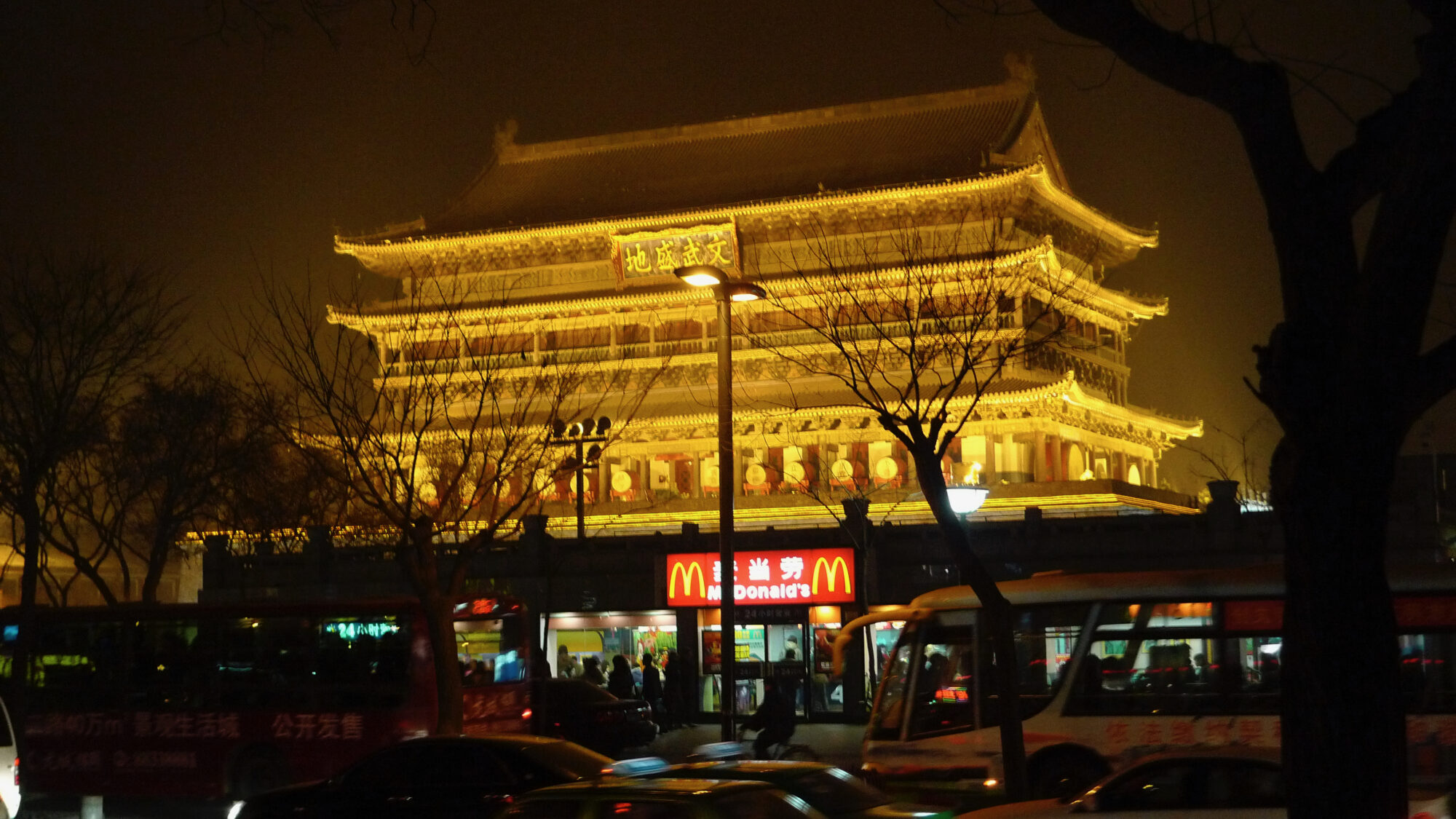 Going from +23 to -8 °C in just two hours was a bit of a shock to the system when I arrived in Xi’an last Friday evening. To make matters worse the place I was staying lacked heating, hot water or electricity the first night due to the fact that our host had forgotten to pay the bills! The result was that I caught a bad cold and a day later lost my voice. This aside Xi’an is a fascinating city with some amazing history and delicious local delicacies, more of which I’ll cover in the next few posts.

Being the last few days being Chinese New Year everyone was on the move in a mad dash to get to their hometowns which meant the roads were terminally clogged and I counted around a dozen minor accidents whilst travelling around the city. Many people opt to take horrendously long train journeys across the vast country which inevitably leads to long queues and fights to purchase tickets at the heavily congested train stations (chinaSMACK has some great pics). One of my colleagues is travelling all the way to Inner Mongolia by train which apparently takes around 3 days!

Xi’an is one of China’s four great ancient capitals and with over 3000 years of history its culture descends from one of the world’s earliest civilizations. Today tourism is an important part of the local economy and I think the top picture explains the title of the post nicely. I will never understand why tasteless greedy bureaucrats let this sort of development happen. At least the Starbucks in the Forbidden City was closed in 2007.