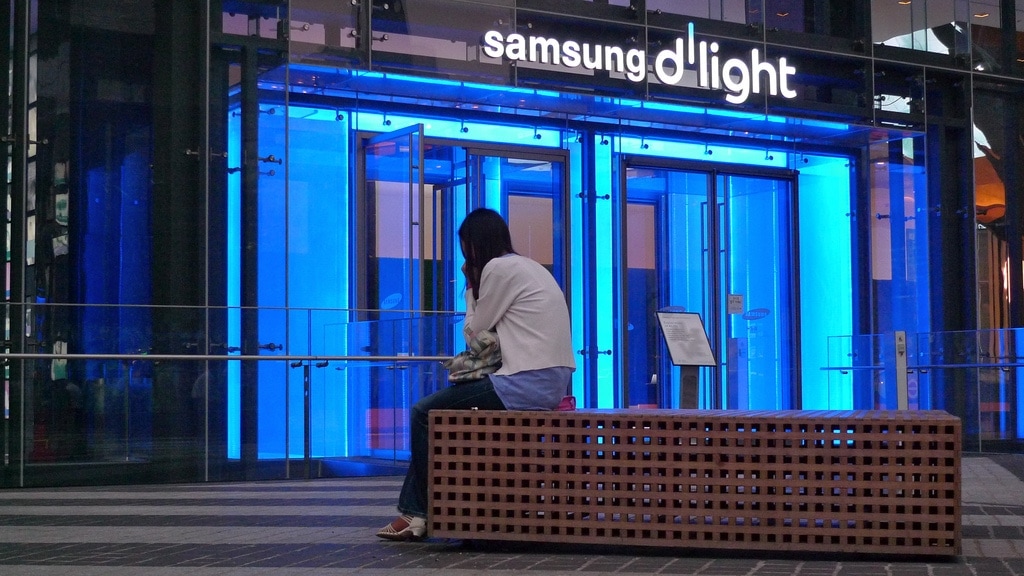 As a testbed for companies like Samsung and LG Seoul is one of the best places to get a glimpse of things which haven’t made their way westward yet. Combined with unparalleled network infrastructure and massive government investment you have a recipe for some pretty cool innovation. 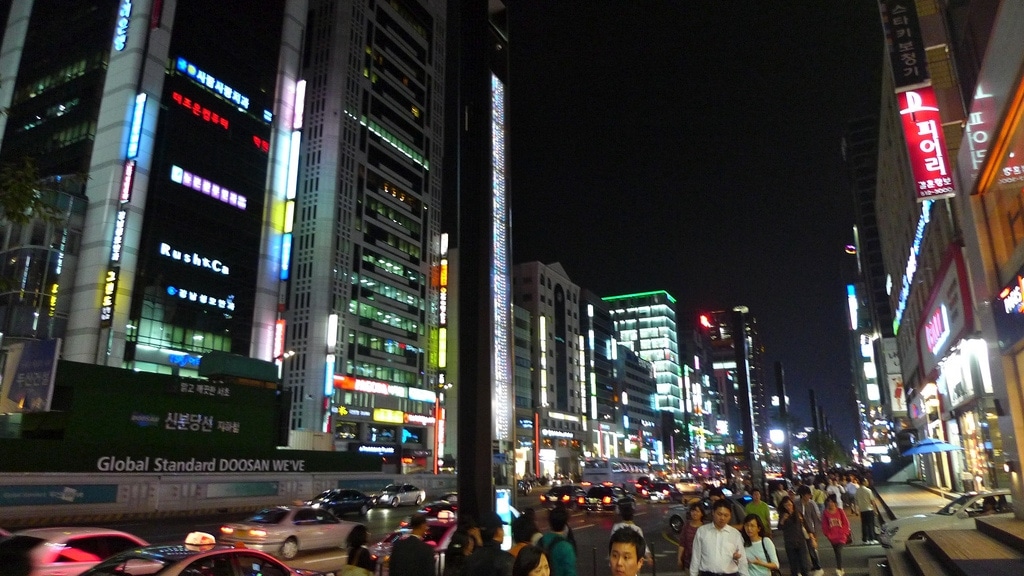 During my most recent trip there I paid a visit to Gangnam to check out an interesting project called “U-Street” (ubiquitous street) which consists of a series of 12 meter-tall “Media Poles” (미디어폴) with touch screens allowing people to search maps, read news, check transport information, take photos and play games. They also act as free wi-fi hotspots. 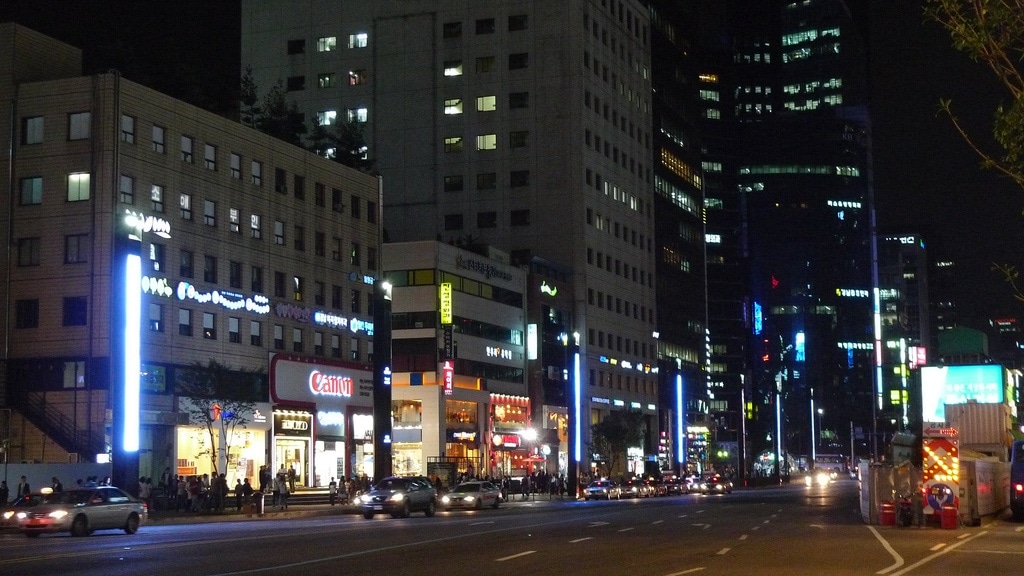 Arriving early evening they already looked pretty cool lit up like enormous monoliths with large LCD displays showing various art works and advertisements on the upper sections. At the bottom is a single big touchscreen, not dissimilar to a huge iPhone (but without multi-touch), which you could freely walk up to and interact with. I’ve made a short video to highlight some of the features:

…and this is what the picture looks like when it lands in your inbox (minus my ugly mug of course): 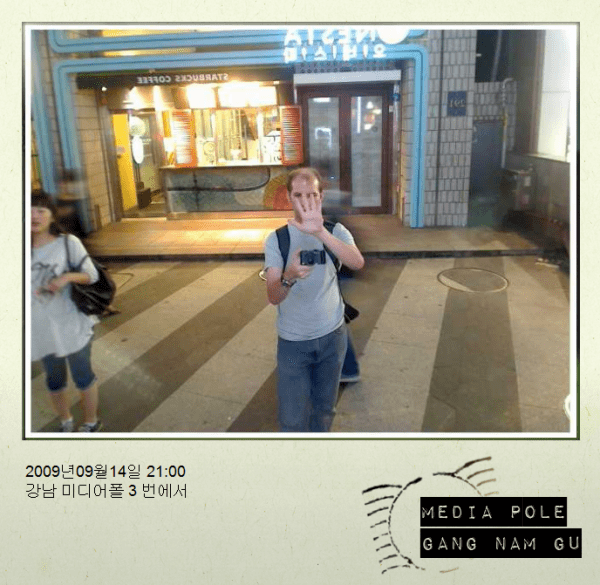 With around 700,000 people using the street each day I was surprised to see that many of the Media Poles weren’t being used. This may have something to do with the proliferation of mobile services in South Korea so you have to wonder if such devices are a bit redundant when you can get the same content on your phone (albeit at a cost).

Another project called “Seoul Digital Media City” (DMC) is also building something similar (but on a larger scale) called the “Digital Media Street” (DMS) which is set to include cutting edge technologies such as artificial intelligence-based street lamps (!) which respond to people moving through the space. Worryingly the information kiosks shown in the promotional video above reminded me of the suicide booths from Futurama!

While not an entirely new concept the Media Poles provide a useful and novel experience for people passing through the area although I think they risk becoming the phone boxes of yesterday unless they can offer something that your phone doesn’t.

Leave a Reply to Seoul: City of Screens Cancel reply