Only one man could return from the dead to play a character in a book he wrote himself – Douglas Adams, the literary genius behind the ‘Hitch Hiker’s Guide to the Galaxy‘. The BBC have posthumously adapted the final three books in the Hitch Hiker ‘trilogy’ which have been recorded using most of the original cast and are being aired by Radio 4, beginning today. Thanks to the wonders of digital technology, Douglas Adams himself can be heard playing the part of Agrajag which he recorded shortly before his death. For those who haven’t encountered the HHGTTG yet the BBC has an excellent site dedicated to it but in a nutshell this is another great example of slightly weird British humour at its best (the main characters are named Ford Prefect, Author Dent & Zaphod Beeblebrox after all)! 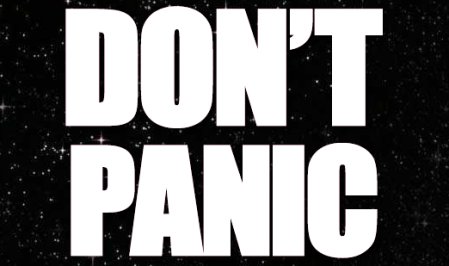 If you missed the first episode DON’T PANIC! – you can sit back and enjoy a Pan-Galactic Gargleblaster whilst listening to it online via the sub-ether waveband!