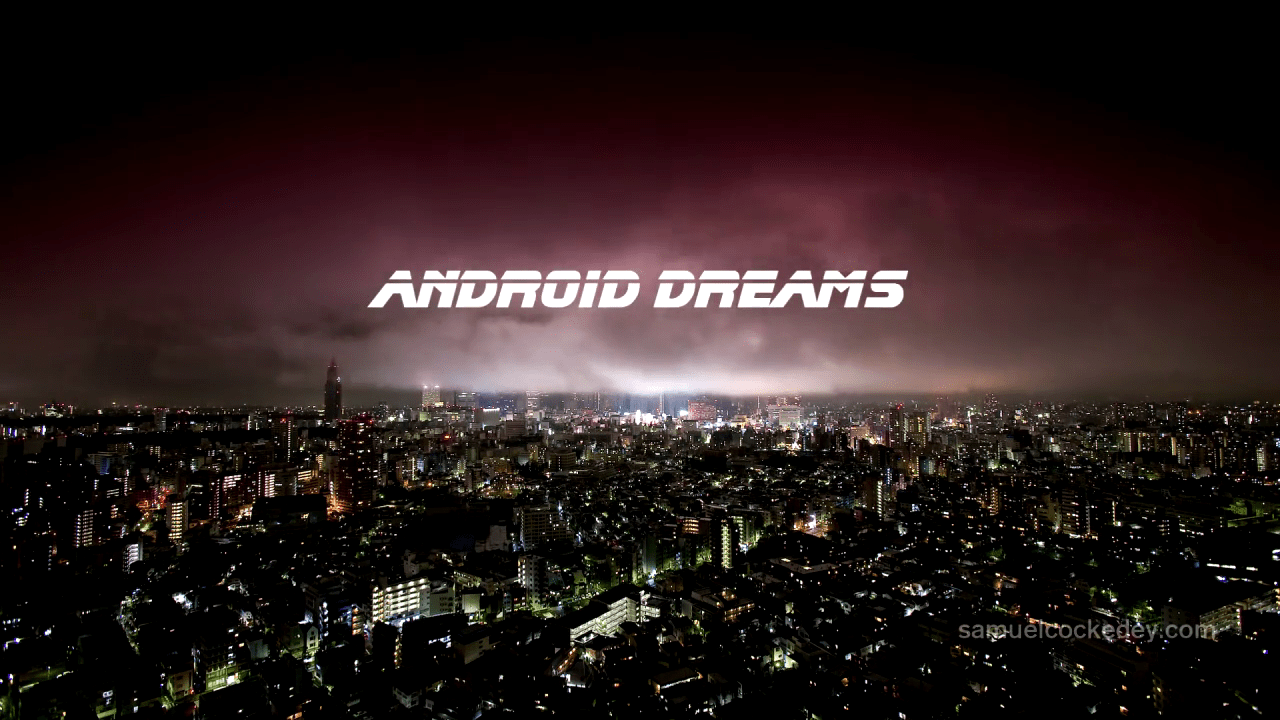 Samuel Cockedey, a French photographer and video artist based in Japan, has put together another ethereal time-lapse film of the Shinjuku area in Tokyo set to the soundtrack of Blade Runner in tribute to Ridley Scott and Vangelis.

It’s appropriately titled ‘android dreams‘ after the novel written by Philip K. Dick which inspired the original movie. Although it’s in a similar vein to his previous videos (below), I can’t get enough of these amazing portraits of Tokyo which is as close to the science-fiction as it is fact. They make my own attempts at doing similar to Hong Kong very tame!

I’m a bit disappointed that I haven’t managed to re-visit Japan this year after my 2010 visit but hope to return soon. Speaking of androids and Tokyo you may want to check out the new CNNGo app for Android which was designed by yours truly – it’s great for finding the cool lesser-known spots in some of Asia’s biggest cities (more on this in the near future).